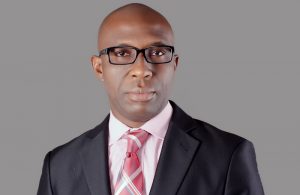 On June 6 2017, a conglomeration of groups ostensibly of northern extraction, namely, Arewa Citizens Action for Change, Arewa Youth Consultative Forum, Arewa Youth Development Foundation, Arewa Students Forum and Northern Emancipation Network, released a declaration ‘on the Igbo persistence for secession’. The declaration issued a ‘relocation notice’ to Igbos stating; ‘with the effective date of this declaration, which is today, Tuesday, June 6 2017, all Igbos currently residing in any part of Northern Nigeria are hereby served notice to relocate within three months and all northerners residing in the East are advised likewise’. Furthermore, the declaration stated, ‘we are hereby putting the Nigerian authorities and the entire nation on notice that as from the 1st of October 2017, we shall commence the implementation of visible actions to prove to the whole world that we are no longer part of any federal union that should do with the Igbos’.

Since this declaration was made, the nineteen (19) northern governors have issued a statement, delivered by Governor Kashim Shettima, disassociating the leadership of all states in the northern part of the country at the governor level, from the declaration and condemning it. Also, Arewa Elders Forum, Middle Belt Youths and Oodua Youths have spoken up against it. Also, news reports from multiple sources claim that the Governor of Kaduna State, Nasir El Rufai, the state where the gathering was held, has ordered the arrest of the provocateurs.

Furthermore, without holding brief for the actions and utterances of the so called Indigenous People of Biafra (IPOB), its sponsors and supporters, this writer states plainly that the proper and appropriate solution to the historic problem of marginalization in Nigeria is a wholesome and comprehensive restructuring of the nation.

The unequivocal disavowals, disassociations and condemnations of the Declaration by the Northern Governors Forum, Arewa Elders Forum, Middle Belt Youths, and the reported order of the Kaduna State governor seeking the arrest of the makers of the Declaration, completely undermines and stands in opposition to the claim made by the same, to the effect that they ‘reviewed the current position of the North’.

a.     The reference to the carnage ‘wrought by the Igbos on the nation in the 1960s’ is a bald faced lie and a shoddy attempt to rewrite history. Indeed, the Igbos were the victims of sectarian violence and mass killings for which the makers of the Declaration and their ilk refuse to take responsibility. As such, the ‘reliving of those sinister intentions’ ascribed to Igbos by the makers of the Declaration can only be a description of the intentions and motivation of the same.

b.     The reference to the ‘indifference of the Nigerianauthorities’ could not be farther from the truth. The leader of IPOB, Nnamdi Kanu (and some of his lieutenants) has been imprisoned for over two years and is currently out on bail. The enhanced military presence in the East (Operation Python Dance) has the feel of an armed blockade. Many reports, including eye witnesses and digital videos depict armed police and or army formations firing on IPOB protesters, killing and injuring some. Likewise, the assertion of ‘adverse effects on the law-abiding people of other regions residing in or passing through the East’ is a fabrication, while the reference to the ‘support and encouragement’ of Igbo leaders is a deliberate misrepresentation.

c.     (i) The reference to ‘cruelIgbos’ is a transparent and mischievous tactic to attach negative traits exhibited by the makers of the Declaration to the Igbos of their fevered imagination and is also a recurrent decimal of their rhetoric. The claims that Igbos have ‘done more damage to our collective nationhood than any other ethnic group; being responsible for the first violent interference with democracy in Nigeria resulting in a prolonged counter-productive chain of military dictatorships’, is a lie. It is also, consistent with most of the claims by the makers of the Declaration, a convenient and sinister revision of history. Only a desperate and irresponsible revisionist of history will hold the Igbos accountable for military rule in Nigeria, none of which Igbos led. Accurate historical fact posits that most of the coups were in fact led by officers of Northern extraction.

(ii)  The charge that the Igbos ‘orchestrated’ the civil war, which ‘consumed millions of lives and sowed the seed of the current mutual suspicion and distrust’, is counterfactual on its face. It is widely acknowledged that the Igbos were forced by the pogrom of 1966 and the accompanying inaction of the federal government of the time to take a defensive stance, which resulted in the Biafra declaration. Further, given that the loss of life during the war was suffered disproportionately and predominantly by the Igbos, the mincing reference to that tragedy by the makers of the Declaration can only be a head fake coming from provocateurs that persist in referring to Igbos as a whole as ‘cruel’ and ‘ungrateful’. Also, it is the sum total of the actions, inactions and marginalization of the Igbos after the war that sowed the seed of the current mutual suspicion and distrust.

(iii) The reference to the Igbos as responsible for ‘Nigeria’s cultural and moral degeneracy’ is at best a extremely uncharitable and demonstrates the penchant of the makers of the Declaration for blaming both the factual and imagined ills afflicting the entire country on Igbos. It is a wonder Igbos were not singled out for blame for climate change in this section.

(iv) There is no evidence to support the claim that Igbos ‘convey[ed] [catches] of dangerous arms and ammunition’ to the north at any time during the Boko Haram insurgency, nor were apprehended doing so. The affinity of the makers of the Declaration for fake news and patent untruths is implicated here.

(v) The assertion that Igbos ‘masquerade as Fulani herdsmen to commit violent atrocities’ is a desperate fabrication that lives only in the imagination of the makers of the Declaration.

(vi) The spurious contention that Igbos have ‘shown and maintain open contempt and resentment for collective decision’ in the ‘current democratic dispensation’ is a despairing, grasping and ultimately transparent attempt to accuse Igbos of the very disposition that the makers of the Declaration have palpably demonstrated toward Igbos in this misbegotten enterprise.

The unfounded assertions in this section makes out the makers of the Declaration as rebellious, intemperate, uninformed and untowardly aggressive, even toward leaders of northern extraction.

1.     Given the disavowals, renunciations and condemnations of this declaration by the 19 northern state governors, the Arewa Elders Forum and the Middle Belt Youths, the makers of the Declaration have no standing to make this declaration. The definite steps referred to here is a not so subtle reference to violence, in keeping with historical precedent and contemporary events, and seeks to establish violence and or threats of it, as a bargaining position.

2.     The usefulness of the unenviable and jumbled iteration contained in this section can only be that it demonstrates with clarity the contempt with which the makers of the Declaration view the Igbos. It is possible to view this as a rhetorical device, the purpose of which is overstate the imagined calumny of Igbos as a group, in order to justify the use of extreme extrajudicial, illegal and violent means against them.

3.     This has to be at the very least an intentional and diversionary misstatement of the defendant’s intentions. They desperately want to maintain the status quo. They could not possibly be in agreement with a ‘pack of acrimonious Igbo partners’. Were such an agreement in contemplation, there would be no need for this Declaration.

1.     ‘RECOVERY AND CONTROL OF LANDED PROPERTY’

This call for the stealing, for that is what it is, by confiscation of property owned by Igbos in the north, inspired as it is by greed and avarice, has the hallmarks of a long-term plan. It also functions as a rallying cry and incentive for the ‘Talakawas’ to join the makers of the Declaration in dispossessing the Igbos. There is an unmistakable hint that should this move be resisted, it would be accomplished by force and perhaps ethnic cleansing. This is also the germ of a bargaining position that holds that the land is a natural resource for the North just a crude oil is a natural resource for the South South and South East, with convenient consequences for resource control.

The makers of the Declaration simply have no authority to issue a ‘relocation notice’ to Igbos living in the North, nor standing to advice northerners in the East to relocate to the North. However, one hastens to add that if force and violence is contemplated, then, the question of authority and standing becomes academic.

Yet again, there is a glaring lack of authoritative capacity to direct thusly. Furthermore, it would seem that this ‘directive’ is a mutinous shot across the bow directed at the elders and leadership of the North and the government of Nigeria.

The concluding section is the most revealing yet as regards the grand strategy of the makers of the Declaration. References to ‘visibleactions’, ‘effective, peaceful and safe mop-up of all remnants of stubborn Igbos’ and ‘finally eject them from every part of the North’; clearly denotes the systematic use of violent and extreme measures to further this end.