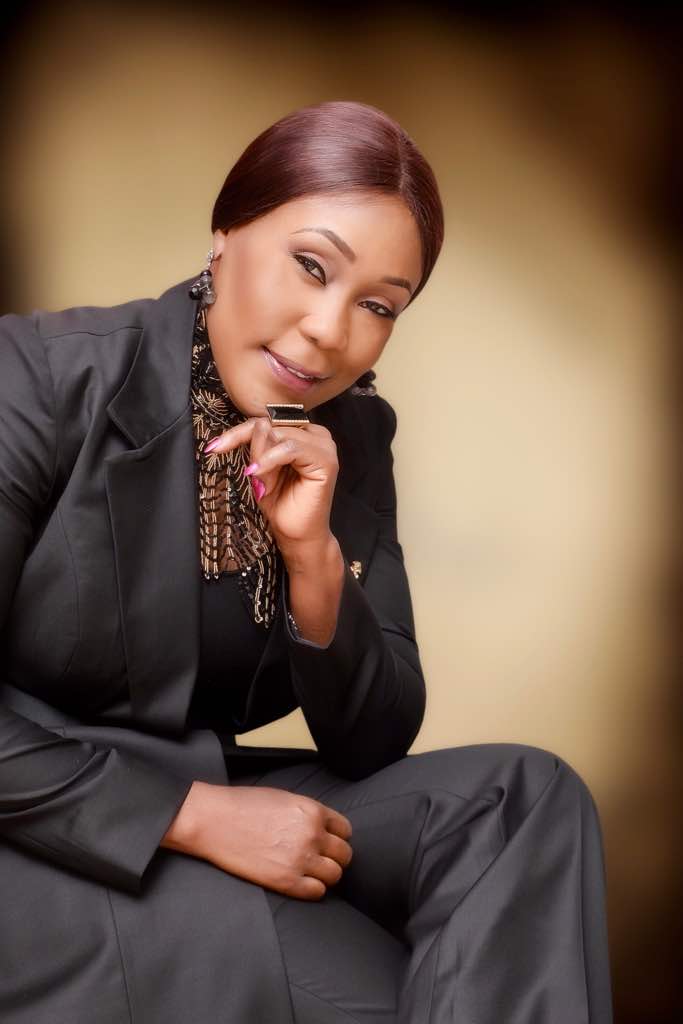 The Director-General of the National Agency for the Prohibition of Trafficking in Persons (NAPTIP), Dame Julie Okah-Donli is a woman of history. Her story is also instructive, that it pays to give back to the society. Before she became the head of the anti- human trafficking agency, she was deeply involved in giving succor to kidney patients through her NGO called Julie Donli Kidney Foundation. The woman who is fond of leading her staff in any assignment in her usual manner led a team of her NGO staff to NAPTIP for free kidney screening. She also gave them literatures on how to take care of their kidneys after one hour presentation with the staff of the agency. Little did she knew that she was going back to the same place as the Director- General, however, as fate would have it ,NAPTIP was the last place she visited for her medical outreach before the Federal Government gave the appointment .

Julie Donli Kidney Foundation came into operation about four years ago. The Foundation is to help patients get aid for kidney disease treatment, to create a database to make ease for matching kidney between patients and donors. The Foundation also assists and encourages patients of kidney ailments through dialysis treatment. However, there is a story behind the foundation. Julie’s mother had in the early 80s suffered acute renal failure which led to a kidney transplant which was unsuccessful because her body rejected it. Back in the days the technology for transplant of kidney was not this advanced, and so, she resulted to undergoing dialysis treatment. Her mother’s health challenges which started in 1981 ended in 1984 when she died.
Julie came up with the idea of having kidney Foundation to help the indigent patients’ reason being that dialysis is a very expensive treatment. She knew for a fact that if her parents didn’t have money, her mom wouldn’t have lasted for even six months. Julie saw how much her dad spent on her mom’s treatment and realized it was a very expensive treatment that indigent patients could not afford. For this reason, she decided to help indigent patients pay for their dialysis, as many as she could afford.

Julie has since stepped aside from the foundation because of her appointment and it is currently being run by the Abuja Coordinator. She has been using her personal resources to fund the laudable project. Green Savannah Diplomatic Cable checks revealed that she has not collected grants, funding, contributions, or donations from anywhere though her NGO partners with some hospitals which include the National Hospital, Abuja and Zenith kidney center, Abuja. Zenith gives treatment to patients who are referred to them for dialysis at subsidized rate. What Julie does whenever she has money is to go there and pay for a number of patients.

It was also gathered that during the last World Day Against Human Trafficking, Julie paid for about ten dialysis treatments. The gesture, Green Savannah Diplomatic Cable checks reveals, was miracle-like for some of the patients who never expected that help would come from anywhere. Like most NGOs, the major challenge facing Julie-Donli Kidney Foundation is funding. Treatment of the kidney is not covered under the National Health Insurance Scheme because it’s a very expensive treatment.

Therefore, it is hoped that donor agencies, corporate organisations, and public spirited individuals would support her great initiative. Perhaps, one of the reasons why grants are not coming in is because a lot of people are not ready to contribute towards dialysis because of its cost. Some would argue that the money that will be used for one kidney transplant is enough to prevent malaria in a community.

Julie before her appointment as the Director- General of NAPTIP consistently advocated that kidney treatment come under the National Health Insurance Scheme. She also advocated then that the organised private sector should use part of their earnings to assist patients undergoing dialysis.

This kind-hearted woman presented two books she wrote on the World Day Against Human Trafficking, the proceeds of the books are to go to trafficking trust fund to help victims of human trafficking.

The Director-General who likes putting smiles on the faces of the people also has Women Empowerment Programme in her community, Amassoma, Bayelsa State. So far, she has empowered 24 women. To her, it is work in progress. We reliably gathered that Julie is committed to increasing the number of the beneficiaries of the self-funded empowerment programme. Besides, Julie has also been consistently advocating for what she calls “One woman one girl’’. This is not surprising because she is sponsoring the education of many indigent students within and outside her community. The concept of her one woman one girl initiative is for every woman to adopt a girl child, not separating the girl from her biological parents but sponsoring the education of the girl up to the university level until she completes her university education or until she passes through skill acquisition and she’s adequately empowered after the skill acquisition.

Julie believes that if every woman can go to her community and adopt a girl child, Nigeria will be raising generations of more educated and better enterprising citizens and the country will be better for it .She is fond of saying charity begins at home. The idea of her charity begins at home is that a woman can start by just adopting a girl in her community and the number increases as her capacity increases. What a nice idea you would say.

The lesson to be drawn from the story of this woman is that it is rewarding to touch the lives of others no matter how little; it is equally a lesson that whatever anyone does whether good or bad also has a reward. A good seed planted on a fertile land will produce good yield. Nigerians, especially the elites should borrow a leaf from her simple but instructive story and begin to see where they could help the indigents.