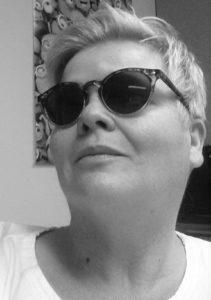 It’s what always had  been and it will always be .

We are a Kingdom , with even a Queen out of Buenos Aires, Argentina.

Since history, we are also known for international trade , and born travellers.

The Netherlands is a multicultural country.

I travel with my family a lot  and we never took the tourist way of living.

Act like the Romans  when you are Rome, that was what my father taught  me.

To get foreign background friends is very easy in Holland. I have  friends across the globe.

Why do I like it, and became so involved.

As you get to know new people it is always the same.

You teach each other some words of the native tongue, probably the bad ones first.

Talk about differences in culture , family and habits .

Well , yes they have tried me with native foods  a lot. I did same to them.

What’s more funny than to overload each other with shocking experiences.

Am crazy, I will try all. Now I know that shaki is not meant for me , likewise dried fish in Ghana.

I have given my friends a frikandel special , or kroket.

Of course , there is a misbelieve that white cannot eat pepper.

And so I came into the situation of a match.

We were with some friends cooking , who could cook and eat pepper very well .

Bluffing, I added two, three, till we went out of limit Mme Jeannet peppers.

All with laughter and drinks …the game went on for a whole week.

Their problem was I was the only non African and I did not even blink my eyes.

Dear , see them sweating , and drinking.

I opened  my kitchen for the event , let’s see who will stop first.

You know what?  One of the men developed  serious stomach pain and we had to rush him to the hospital. That  stopped our game.

That’s why I use, Madam Peppadew

There is love in sharing , but know your limit ….

Have a nice week,