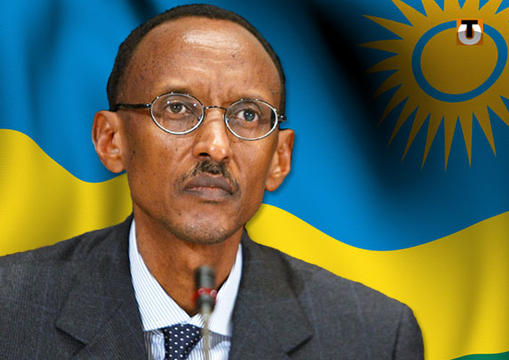 At some points in the history of most nations, there were trying  times. Rwanda located in  Central and East Africa, in the Africa Great Lakes Region had this experience, just like Nigeria, Serra Leone, Liberia and a host of other nations, not only in Africa ,but other parts of the world.

However, the good news coming from Rwanda is that while some countries are still making references to the ugly past and tribes within threatening war and possible secession, Rwanda has not only forgotten what used to divide her, she  is breaking forth on many fronts.

President Kagame is right. Indeed, Rwanda has placed itself as a pride of Africa with unity  within and its popular slogan, ‘’ Not Hutu, not Tutsi, not Twa , I am a Rwandese “

It is not only in the area of  unity that Rwanda has distinguished itself as a pride of Africa, it  has a good record of  being one of the ten most gender equal countries in the world. According to the World Economic Forum Forum’s Global Gender Gap 2014 Report, Rwanda is one of the countries in the world where women are not held back in four fundamental areas, namely economic participation and opportunity, education, health and survival, and political empowerment.

From that Report, Rwanda is the only sub-Saharan region to be ranked in the top ten. It ranked high particularly in political empowerment performance and good rankings for economic participation and opportunity. Interestingly, these are areas where many countries in Africa still perform poorly.

The country which became independent on 1st July, 1962 has also been doing well in the area of Tourism. Nature seems to be friendly to Rwanda which can boast of many lakes, Animal Reserves and volcanoes. Commonly called Green Country, Rwanda has over 20 lakes and unique land scape.

The land of thousand hills has a rich cultural heritage as well as unsurpassed biodiversity which made famous American Author, Rosamond Carr to  describe the biodiversity of Rwanda as the “earth’s most beautiful place”

A country known for its Coffee, Rwanda has mountains and irregular terrain which are very attractive to tourists while its flora ,fauna  at its various national parks and  concentration of biodiversity are found nowhere else in Africa.

The Parc National des Volcans  in the North of Rwanda is home to the world’s largest number of endangered gorillas who live in their natural habitats. Lake Kivu with beautiful beaches is no doubt a tourist delight.

Rwanda which borders Uganda to the North, Tanzania to the East, Burundi to the South, and Democratic  Republic of Congo to the West has about 670 bird species. There are numerous tourist attractions in Rwanda just as investment opportunities are open in mining, manufacturing, education and other sectors.

As Rwanda marks her 55th  Independence Anniversary  tomorrow,( 1st July) African countries must imbibe the spirit of  Rwanda  and build  greater  nations, putting the past behind them and never allow the mistakes of the past to ruin their future.

Nigerian in Diaspora calls for establishment of Cyber City