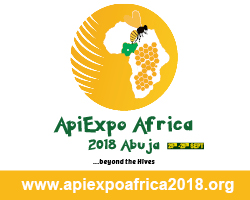 Like many African countries, Nigeria is sitting on some unexplored resources, focusing mainly on oil money to sustain the economy when there are other sectors of the economy that could make her even greater. It is however a thing of joy that the Federal Government of Nigeria is becoming more conscious of the potentials of Agriculture to turn around the fortune of the most populous country in Africa. Generally, many African countries now focus more on investing in Agriculture which is a good development for a continent with high percentage of unemployment. The present administration in Nigeria has taken Agriculture as one of the core sectors of the economy to provide the much needed economic development for the country. Rice Production in particular has taken a center stage in the Agricultural policy of the government. This is not surprising because Nigerians spend billions of Naira yearly on rice importation which is not healthy for the economy when in fact the country has the potentials to be self-sufficient in rice production. One of the hidden resources of Africa and Nigeria in particular is Apiculture (Beekeeping) which the continent can key into to get its share of multi –billion dollar global honey market. Talking about Nigeria, despite the huge potentials available in the Apiculture sector of the economy, only 5% of its honey is produced locally while 95% of the honey Nigerians consume is imported. Interestingly, the global market is waiting for Africa’s honey. For this, the ApiExpo Africa 2018, coming up at the International Conference Centre , Abuja, Nigeria between September 25th-29th 2018 is aimed at  bringing out the Beekeeping and honey  production potentials of the continent. It couldn’t have come at a better time when the Federal Government of Nigeria is seeking alternatives to oil. With the theme:” Beekeeping Industry for sustainable development, wealth creation and economic diversification’ ’ the Expo is expected to make a long lasting impact on Africa’s economy in no distant future. China is the highest exporter of honey. In 2016, it accounted for 12.3 of the world’s export. Europe is the second largest global producer of honey. However, the continent is not self-sufficient in honey production and it depends on other parts of the world for its supplies. It is estimated that around 40% of Europe’s consumption needs are met through imports. Germany and United Kingdom are major importers of honey in Europe. Europe is the largest global consumer of honey while China is the largest suppliers of honey to Europe an advantage Africa should have taken considering the quality of the continent’s honey.  Unfortunately, Africa cannot even meet its own demand of honey. The continent is believed to consume three times more honey than it produces. There are many challenges associated with honey production in Africa. For instance, experts have argued that the honey extraction methods in the continent often lead to extermination of the bee colonies. It is common to see people use fire to drive out bees in the process of harvest which is not good enough for sustainable honey production. However, some African countries are beginning to adopt modern methods of beekeeping and honey production. Some of the   countries are beginning to use spotlights and other methods to attract bees and harvest their honey. For Africa to penetrate European market with her honey, best practices in beekeeping and honey production have to be adopted and this is one of the things ApiTrade Africa has been working to achieve. Europe is very strict when it comes to food importation, so would -be exporters of honey to that part of the globe has to work hard. It is cheering news that some African counties like Ethiopia, Ghana, Rwanda, South Africa, Uganda and others are working hard to meet the standards set by Europe. The ApiExpo Africa 2018, Abuja, has therefore set a stage to revolutionize   beekeeping and honey production sector in the continent.  Indeed, it a great opportunity for African countries particularly the host country to key into this considering her status as the largest economy in Africa. Nigeria should tap into this opportunity to further boost her economy. What is more, there is no household in Nigeria where honey is not needed for one thing or the other. In the light of these, all stakeholders, manufacturers, consumers and indeed Nigerians in general should see the coming ApiExpo Africa in Abuja as a great opportunity to boost the non-oil sector of the nation’s economy. ApiTrade Africa was registered in Uganda ten years ago   as a company limited by guarantee, not-for-profit.  ApiTrade Africa, depicts its specialization in developing trade in bee products from Africa. The vision of the organization is to coordinate Agriculture sector in Africa and this it has been doing since formation, therefore, bringing of  Expo on Beekeeping sector to Nigeria now is well thought-off because it will complement the efforts of Nigerian government in its Agriculture promotional drive, open its economy and by extension the economies  of other African countries.

I hope they won’t beat my President

Attracting investment to the Health sector in Nigeria