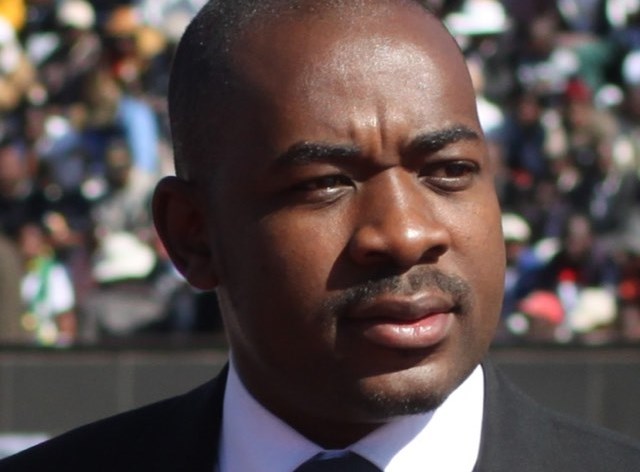 The opposition in Zimbabwe has condemned in strong terms incessant attacks on fellow Africans by South Africans calling on South African government to stop the attacks even as it calls for a new Africa where colonial boundaries and borders which give a false sense of division would be a thing of the past.

In a statement made available to Green Savannah Diplomatic Cable by the President of the Movement for Democratic Change (MDC), Nelson Chamisa, he expressed concern about using violence to settle challenges.

His words:  “If we allow violence and brutality in society to be used as an instrument to resolve challenges, it inevitably spreads to all facets of life including affecting women and children. Violence in all its ugly forms and manifestations, be It towards women and children, citizens, illegal immigrants or any other human being for that matter is simply unacceptable”

Rather than attacks, Nelson Chamisa said   “In the long run, Africa should move towards removing colonial borders, having one passport and establishing a single currency and single market. We must build our internet exchange points, continent-wide television networks, proper road, rail and flight links”

To the President of South Africa, Nelson Chamisa has this to say “I appeal to President Cyril Ramaphosa and South Africa to help Zimbabweans help themselves through a credible and genuine political dialogue to put in place transitional mechanism that will pave way for comprehensive political and economic reforms a lasting solution to returning Zimbabwe to freedom, legitimacy and democracy”

Read full text of the statement below:

WE MUST BUILD A NEW AFRICA

The attacks against fellow Africans in South Africa are appalling and heartbreaking. We call upon our African brothers and sisters to show a full sense of brotherhood and sisterhood consistent with the timeless wisdom of Ubuntu. Brother against brother or Sister against sister is inimical to Ubuntu. Extremely disturbing are scenes and sights of violence and horrendous attacks in South Africa. It is time to take decisive action to protect all in South Africa and stop any attacks on fellow Africans. Priority must be given to individual security & stopping of all manner and forms of violence.

While these attacks are routinely described as xenophobic, it is evident that they target black Africans. These are deliberate and systematic attacks based on race & country of origin rather than foreignness alone. The resulting conflict is terrible for our communities because they foment hatred and tensions between people.

I think it encapsulates all the fundamental points. Save to say maybe in the 3rd paragraph we need to correctly characterize what is happening in SA not as xenophobia but as Afrophobia, as the attacks are not necessarily against foreigners but against fellow black Africans. The irony is on why an African should be Afrophobic. True, we need to solve the challenges in fellow African countries that have led to many leaving their own countries but the irony remains that Africans would feel unwelcome both in Europe and other continents as well as in a fellow African State. If Africans are unsafe in Africa, where else should they go?

While we acknowledge that South Africa, like many other African countries has problems of inequality, joblessness, social service delivery, poverty and illegal immigration. Violence and impunity is not the answer to these problems.  If we allow violence and brutality in society to be used as an instrument to resolve challenges, it inevitably spreads to all facets of life including affecting women and children. Violence in all its ugly forms and manifestations be It towards women and children, citizens, illegal immigrants or any other human being for that matter is simply unacceptable.

As Africans we need As a matter of urgency and emergency to stop violence against each other. Already, we have seen business being disrupted and commerce being disturbed as truckers that use South African routes fear for their lives. Threats of retaliation against South African drivers and businesses in other parts of the continent demonstrate that this is a vicious cycle in which there is no winner.

More significantly, this violence is concentrated among the poor and vulnerable of our societies. It is the poor killing the poor. Over the years, it has emerged that acts of violence are often caused and are directed by the cruel selfish elites. If we fix our political challenges, there would be no need for circumstances of undue hardships and animosity.

Other nationals are in South Africa principally because politics and leadership ineptitude has made other African countries uninhabitable. They vote with their feet, seeking greener pastures. Yet there, they find hell as they clash with equally vulnerable and happiness-seeking locals. It becomes a running battle between the poor. We can solve this by fixing our messy politics.

This is why we find it incredulous when our brother leaders in the region look aside when our government brutalises citizens. Where do the oppressed go? To  the neighbours. That is why we have always said Zimbabwe’s problems are also our neighbours’ domestic challenges. Illegal immigration is a product of nurturing dictatorship at the neighbours’.

Time has now come to think seriously about the New Africa we deserve. We must collectively, as Africans, examine critically the utility of maintaining colonial boundaries and borders which give a false sense of division and exceptionalism. The divisions made in Berlin more than 100 years ago still divide us. We need a post-Berlin conference African consensus to shape a New Africa to the satisfaction of our ideals, imaginations, hopes and aspirations.

In the long run Africa should move towards removing colonial borders, having one passport and establishing a single currency and single market. We must build our internet exchange points, continent-wide television networks, proper road, rail and flight links. We have started well with a continental free trade area. We dare do more!

The great Kwame Nkrumah famously said, “Our independence is meaningless unless it is linked up with the total liberation of Africa,” The declaration encapsulated the sense of brotherhood that defined the struggles for liberation. We should never lose that spirit, even today as many of our citizens across the continent suffer under brutal regimes.

A better tomorrow and a new Africa does not just happen, it must be designed and now is the time to build on these fundamentals and construct: The Africa We want and deserve. Our dear South African brothers and sisters, we appreciate your being tired of those you estimate to be foreign, but please help us lobby for intervention of SADC and South Africa to fix Zimbabwe’s politics by helping Zimbabweans resolve the legitimacy and governance crisis caused by the disputed July 2018 Presidential election and on-going poor performance.

When Zimbabwe was stable and thriving we never had these problems of illegal immigration. In fact, our South African brothers and sisters were coming to Zimbabwe to seek refuge from apartheid, to learn and do business. That’s the way it should be.

I appeal to President Cyril Ramaphosa and South Africa to help Zimbabweans help themselves through a credible and genuine political dialogue to put in place transitional mechanism that will pave way for comprehensive political and economic reforms a lasting solution to returning Zimbabwe to freedom, legitimacy and democracy.

To our leaders and fellow citizens of SADC, when any country sneezes the whole region catches a cold. A sick and weak Zimbabwe will always be an albatross around the necks of all the other countries in the region and indeed on the continent. Please help us help ourselves.

Lastly, with developments in South Africa, I call for enough mechanisms and measures to be put in place to ensure the security and protection of all Zimbabwean citizens. Section 35(3)(a) of the Constitution of Zimbabwe obliges the state as a peremptory duty and mandatory obligation, to protect citizens wherever they maybe. This right is available to all citizens in and outside Zimbabwe.

New Africa is the way to go

We need a new way, anew dawn on the continent. Africa must unite on values of freedom democratic values, free fair elections and prosperity for its people. SADC must be a people’s community not a community of its leaders alone. The African Union must be truly an African people’s Union

We can’t be Africa without Africans.

Building a better Africa for all

Let’s build a great Africa for all