LaTarsha Holden: The woman who conquered the street 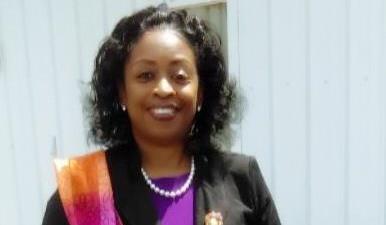 The story of American, LaTarsha Holden is an incredible one and a lesson that with determination, the worst of situations can be changed to positive. LaTarsha was a high-school drop-out who had four kids at the age of 22. She had her first child a week before her 17th birthday. LaTarsha was not only a welfare recipient; she was mentally, verbally and physically abused. At the age of 35, she was homeless with six children. It was at that point that she decided to fight for her life and secure a future for her children. LaTarsha enrolled in the college. Through determination, she is now an emerging leader in the city of Atlanta. She was included in the 2014 edition of Who’s Who among Students in American Universities and Colleges. LaTarsha has been featured in Clayton County local newspaper and graced the front page of a local newspaper in Lubbock Texas. In Addition: she became a featured story on AOL Black Voices in addition to her appearance on The Debra Gatlin Show. She was a featured story in the W.O.W. Magazine. She was presented with the award of “Women Who Inspire” at an annual women conference hosted by WEOP in 2008 and was nominated for the “Humanitarian Essential Piece Award” in 2011 from Ga. Alliance to End Homelessness. The woman of history was an Honoree for the “Unsung Hero” award at the APEX Pyramid awards in 2016. She was ordained into the office of Pastor in February 2013. LaTarsha was the Host of Global Talk Radio where she advocated on issues that affect people around the world. With the story of her life, it is safe to say that LaTarsha Holden knows what it takes to beat the odds and break the through the inner glass ceilings that limit performance. From a street woman, she has developed herself to become a motivational speaker, preacher, community advocate and author.  The author of  “No Longer Lost” and eleven other books in this exclusive interview with Sunday Oyinloye, Publisher, Green Savannah Diplomatic Cable speaks on  how she eventually conquered the street, became the  author of  twelve books and  a holder of Doctorate Degree

You dropped out of high school; you were also verbally and physically abused, would you like to share your experience?

I tell you it’s been a journey, being a high school drop out and mother of four children by age 22, I just had a hard time believing in myself and that was not working nice for me. Therefore, at the age of 35, I found myself homeless with six children. I was unemployed, uneducated and homeless, it was at that point that I made a decision that I had to do something for the sake of my family so, I decided to go back to school. That was the first place I started.

Why did you drop out of high school?

Were you not living with your parents?

Yes, I was actually living with both parents. I am the eldest of three girls. But I was different.  I was perceived like the black sheep of the family. So it messed my self-esteem, so I gave up on myself.

Were you into drugs?

No, I have never done drugs, and I don’t have a criminal history. I just gave up. I became a young mother at early age with four children at 22.

Your experience of being pregnant at the age of 16 didn’t prevent you from having another pregnancy?

That is what happens when a person is hopeless. I was hopeless, I didn’t have a goal, I didn’t have dreams, and so, I didn’t prepare for the future at that age. When you are hopeless, your actions follow that. I didn’t just look at myself in the positive light.

At what age did you had your second child? 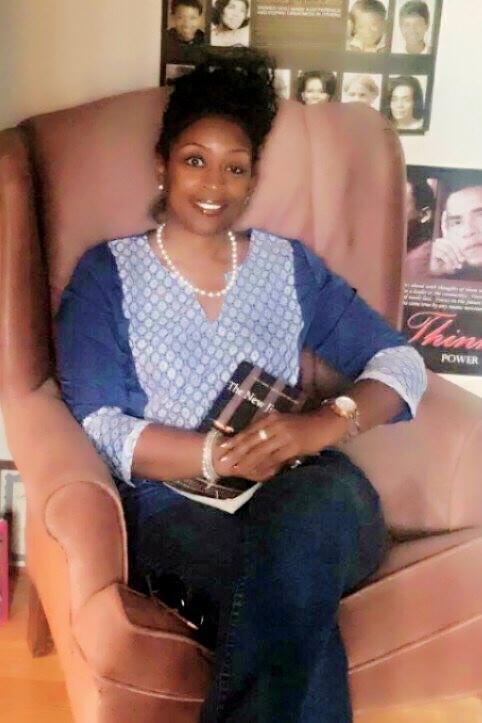 Did you have them for a man or different fathers?

When I was 35 and I was homeless with six children, it was at that point that I knew that I had to something to fight for my family. With two middle school age children, two high school age children and two elementary school age children. I knew I had to do something to save my children from the street and turn things around. That was why I decided to enroll in college, so I enrolled in college in 2007 Within ten years, I went from being homeless with six children to a political candidate in the 2017 election from a GED to a doctorate degree in Leadership studies and became a -12 times publisher Author. The books are “No longer lost” which is my life’s story, four children books, four youth series, Sex Trafficking, Teen Dating Violence , Bullying and Love & Forgiveness Poetry book, Small Ministry guide Training manual. All the books are available on Amazon.  All of this happened between 2007 and 2017. I started my business last year, Three Elements Inc. as a Motivational Speaker, Empowerment Coach and Consultant

Are you involved in any community work?

Yes, I’m into various community projects. I love to do small things with great love for others. I taught my six children how to serve at our lowest times and now they are servant leaders. My son Felipe’ served in the Marines for 10 1/2 years and now he’s pursuing a Bachelor’s degree in Biology to become a teacher. Nico is gainfully employed and a caretaker, my daughter Sierra is an EMT and pursing a degree in Human Services. Her sister, LaTisha joined the Army last October and she’s about to graduate with her Bachelors in Human Services. AnTonia graduated from high school a few months ago, she became a two times published author by the age of sixteen and she will be going into the Army basic training at the end of this month. My youngest son Omega who is seventeen is a youth leader loves to volunteer and work at a grocery store. I am very proud of them as they serve our communities and country.

Why did you venture into politics?

When I was homeless I made a vow, I said God, if you bring me out of homelessness and hopelessness, I will go back and fight for others, so when I came out of my educational endeavors and I remembered that vow, I went for the office of city council to be a voice to the homeless community, those in poverty, those in low income community. I actually came out to be a voice for those who didn’t have a voice

What was the inspiration for you book, “No longer lost”?

It is my life story.  I want to give people hope and inspiration, to let them know that it is not how you started, but how you finish.  So much has happened since that book came out, after that I wrote 11 other books. No longer lost is just to show them that when I had a relationship with God, my whole life turned round, I was hopeless, now I have victory, I just want to share my journey with others.

What is your advice to girls and women who might be facing similar experience?

My advice to such people is that no one is born to save you, the power lies within you. To change your life, you have to change your mind. I guarantee you if you keep working, you will still see light at the end of the tunnel, if you do not give up.

Are you currently working on any project?

I am focusing on my business as a Motivational Speaker, now I am cultivating that, going to schools, churches, different places to encourage people so that they can go after their dreams.

Are you thinking of coming to Africa to share your experience?

Is there anything that probably the world does not know about you?

What do you want to see different in America?

One thing I will like to see change in America is access to college; everyone should have access to the college. Our college should be free because education is the key to freedom; it is free in some states. If it’s not completely free, make it affordable. Education saved me and my family.

The world all over is becoming unsafe, what is your message to the world?

Again, Association of Cable Operators of Nigeria calls for release of MMDS operators