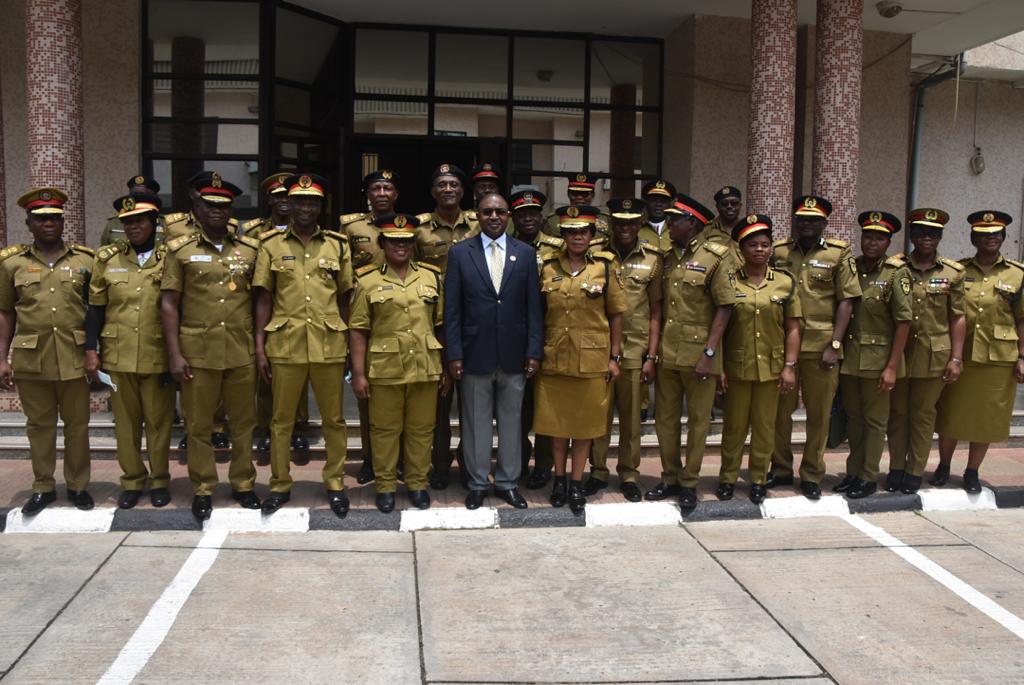 Chairman/Chief Executive of the National Drug Law Enforcement Agency, NDLEA, Brig. Gen. Mohamed Buba Marwa (Retd) has charged the newly promoted officers and men of the anti-narcotic agency to go all out and crush drug cartels across Nigeria.

Marwa had in June approved the promotion of 3,506 officers and men to their next ranks, thus breaking the jinx of long years of stagnation in the Agency.

This followed a report by the harmonisation committee he instituted soon after assuming leadership of the agency in January to address the issues of low morale and stagnation in the career path of personnel.

Addressing the newly promoted DCGNs and ACGNs during their decoration with their new ranks on Thursday in Abuja, Gen. Marwa said the exercise is part of efforts to ensure that the nation’s anti-drug war succeeds.

“Any clog in our wheels, we’ll destroy and must be crushed. This war must be pursued relentlessly, the entire country mobilised and we must succeed”, he declared while charging the topmost officers to go all out and crush the drug scourge in every part of the country.

He attributed the success so far recorded by the Agency to the support of President Muhammadu Buhari who “graciously approved payment of liabilities and entitlements owed staff for years and also burial expenses due to families of deceased officers since 2015.” He assured officers and men of the Agency that their welfare and care will continue to remain uppermost under his leadership.

Chairman of the Harmonisation Committee and Special Adviser to the Chairman, Col. Yakubu Bako (Retd); Director of Administration and Establishment, Sani Ibrahim Sani as well as the Director, Planning, Research and Statistics, Victoria Egbase who spoke at the ceremony commended Gen. Marwa for restoring the dignity and morale of the workforce through his purposeful and result oriented leadership of the agency.