“Mrs Moji Makanjuola is by herself an institution in the Nigerian public health sector space.” These were the words of former Minister of State for Health, Dr. Muhammadu Ali Pate.

The former minister is not the only Nigerian who sees the footprints of the veteran Journalist and ace broadcaster on the health sector space, renowned Virologist, Professor Oyewale Tomori  has this to say about her ‘’ She taught me a thing or two about using one’s talent for the good of one’s community”.

Still on the famous Journalist, a retired Professor of Preventive and Social Medicine, University of Ibadan , Oladele Kale says ‘’Moji is second to none in her diligence and intimate grasp of Health Journalism. The legacy of this exceptional lady in the field of reporting health issues in Nigeria is one that like good wine is not in need of bushing”

Welcome to the world of Moji Makanjuola, who recorded history as the first face on Nigerian Television Authority (NTA) Ilorin before she later moved to the then, NTA headquarters in Lagos. Mrs. Moji Makanjuola who pioneered the Health Desk at NTA Network has passion for Developmental Journalism, little wonder; she is a known face in the nooks and crannies of Nigeria where she has done many exclusive stories on health challenges of the vulnerable.

The former President of Nigerian Association of Women Journalists has not only extensively covered and reported global meetings that were organized by the world Health Organization and African Union; Moji played a major role in the fight against polio through her reports and initiated public discourse on important health issues in Nigeria. Moji who is now the Executive- Director of International Society of Media in Public Health (ISMPH) in the course of her journalism career mobilized the general public in Nigeria for health and health actions. Such is the respect Moji commands in Nigeria’s  Health sector space that serving Ministers called her “ Aunty Moji” not on account of age but her contributions to the health of Nigerians. Little wonder her name continues to open doors in high places while she has also become friend of the vulnerable. 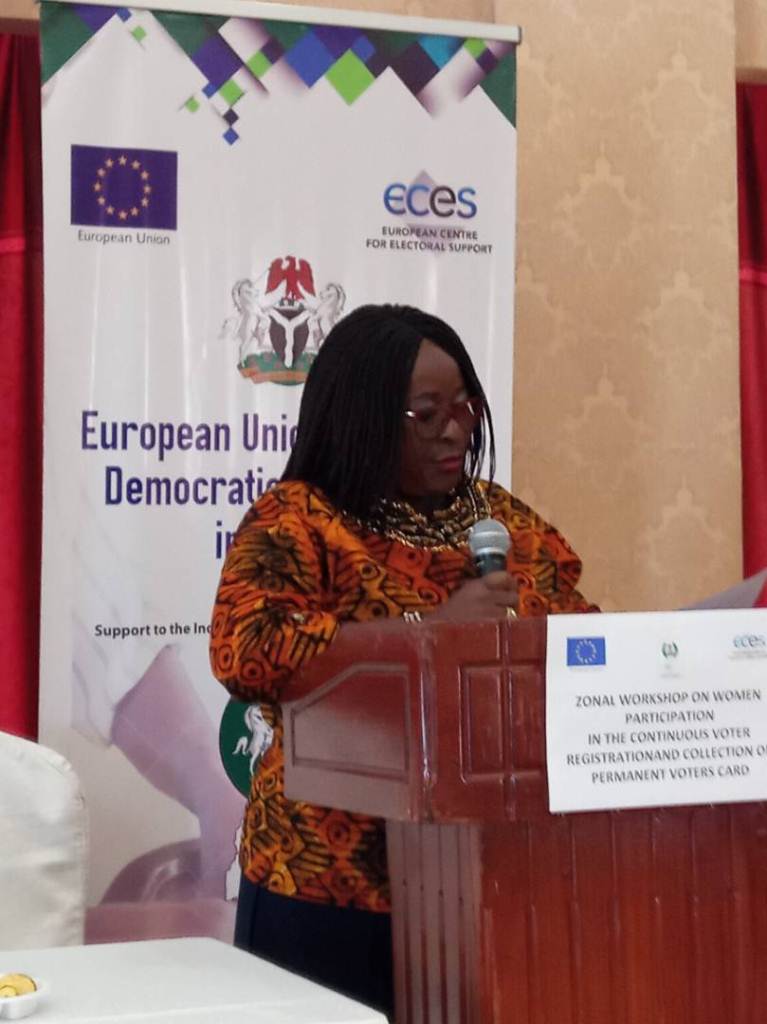 Though she doesn’t like to talk about it, Moji is also a philanthropist who has many indigent students under her informal scholarship scheme and she has directly and indirectly saved many lives through payment of hospital bills for the poor. There is no way the history of Health sector in Nigeria is written that Moji Makanjuola’s name will not appear in gold. Her greatest strength is compassion and spirit of giving. She doesn’t like to see people suffer or go through pains; therefore, she is never tired of giving and building people.

Moji’s journey into Health reporting was inspired by the traumatic experience she had when she lost her mother, Christiana to brain hemorrhage due to injuries sustained in an accident. In her own account: “My mother suffered premature death because the hospital did not have the required equipment to detect or diagnose that she was having brain hemorrhage. I was saddened by the experience; I began to wonder how this could happen to my mother who was just 49 and how many people could have die in similar circumstances. 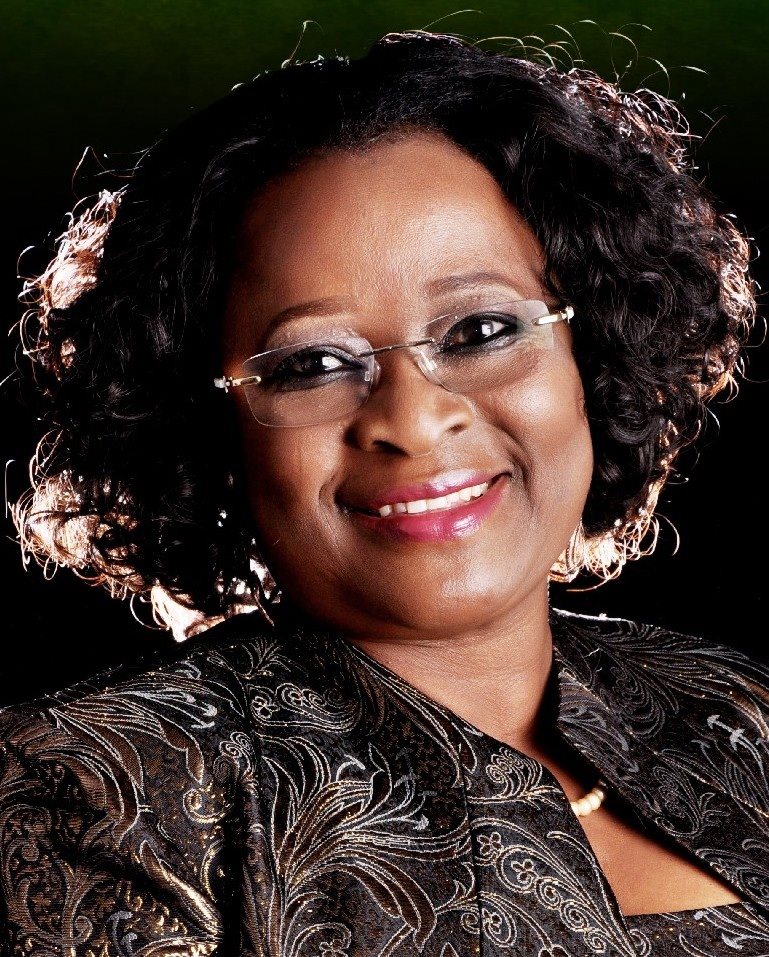 “My mother’s death made me begin to think deeply about our healthcare system. I had this feeling that if things were done properly, the right equipment purchased, and proper procedural protocol observed in trauma management, my mother would not have died so suddenly”

It was at that point that Moji embraced Health Journalism and changed the narrative of Health reportage at NTA Network from where she gained international recognition and made herself a household in Nigeria. Though things were not particularly easy for her when she pioneered the Health Desk at NTA Network, with bravery, determination and commitment, she made the Desk the envy of other Desks.

Over the years, Moji  had developed herself to the extent that many  mistake her for a Medical Doctor, up till now, some still believe she is a Doctor because of her in-depth knowledge of Health issues and the way she reports Health .

One of the greatest moments of Moji’s career came in the late 90s when she got invitation to feature at the first ever International Baby Friendly Initiative Conference which was held in Mexico. At the UNICEF sponsored trip, Moji was invited to speak on the Role of the Media in promoting Health Care before a great assembly of health practitioners and advocates from different parts of the world. Since then, she has remained visible in the Health sector space within and outside Nigeria.

Moji Makanjuola has particularly done so much in reporting health challenges in the Northern part of Nigeria which has more health issues than the southern part of the country, little wonder she is known by most traditional rulers in that part of the Nigeria.

Saturday, July 14, 2018 was a working weekend for the Veteran Journalist. She was engaged in the training of Media practitioners on Healthcare Financing and Communication in Nasarawa State. Her organization, ISMPH in collaboration with Health Finance Governance organized a residential workshop which was funded by USAID.

Part of the training was an advocacy visit to a top traditional ruler in the state. Name of a traditional ruler had earlier been suggested by some of the participants particularly those who know Nasarawa State very well, so on this day, the media team led by Moji and some staff of Health Finance Governance and ISMPH proceeded to the palace of Yakanajie  of Uke, Alhaji Ahmed Abdullahi, using a guide and unaware of what fate had in stock for Moji who later broke over one hundred years record.

The team entered the palace without fanfare but the palace guards were warm to their visitors. The Royal father entered and the team stood up as a mark of respect. The Public Relations Officer of the Palace introduced the Royal Father and his chiefs. The young man did not hide his excitement about seeing Mrs. Makajuola physically for the first time though, he had seen her severally on television and heard so much about Moji as a thorough breed professional.

While, that went on, Yakanajie of Uke sat quietly looking straight.  Then the microphone was handed over to the leader of the team, Moji but not after a Christian and a Muslim was asked to pray. Both were chosen among the visitors which in itself was unique.

Moji stated the mission of the media team and commended the traditional ruler for the love he has for his people and for supporting polio eradication. She said avoidable deaths occasioned by poor healthcare facilities in Nigeria must end and that the Media team was committed to the course.

After her speech, she handed over the microphone to the PRO without knowing that her status would change few minutes later. Expectedly, the Emir listed the challenges of his people and appealed for government intervention.

Then the unexpected moment; the Royal Father described Moji  Makanjuola as a pride to Nigeria because of her contributions to Health Journalism and the impact of her works on the society. While the Yakanajie was commending her, Moji nodded her head in appreciation and before she knew what was happening, the Royal Father conferred on her Jakadiyan Lafiya (Ambassador of Health) which the traditional ruler described as the first to be conferred on an individual since 1902.

Caught unawares, Moji burst into tears and promised to do her best for the development of Uke town. According to her, the chieftaincy title was God at work because it was the last thing she could imagine. The veteran Journalist however said something very instructive before the media team left the palace, “anywhere I go, I try to plant the seed of unity”.

Moji Makanjuola is not only planting the seed of unity, she is also using her profession to impact positively on the society, a trait other Nigerian Journalists especially the young ones should emulate.