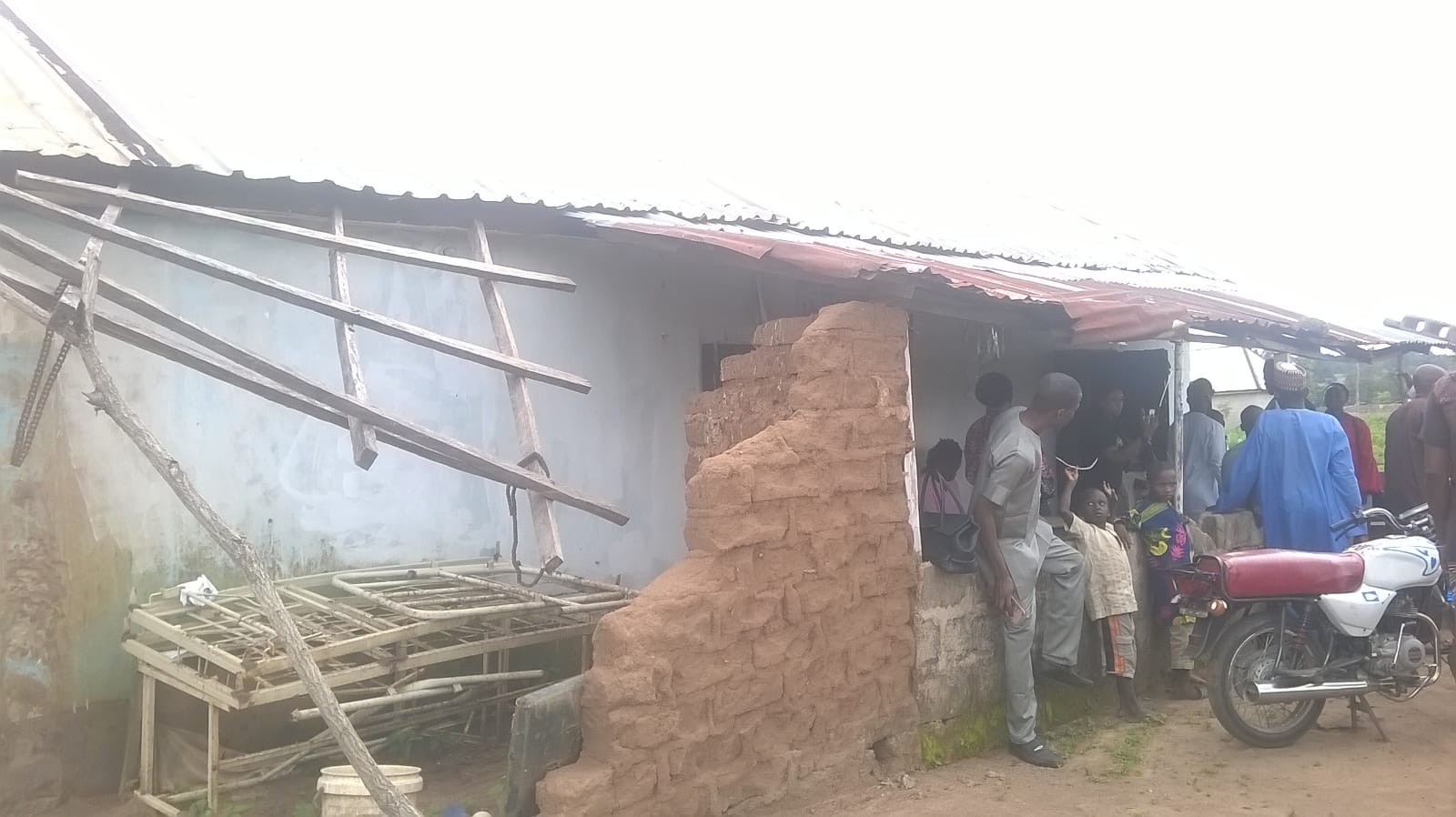 Balarabe Yusuf is the Manager of Roguwa Primary Healthcare Centre in Nasarawa State, Nigeria. He rides what is commonly referred to as lady motorcycle, and some in the community would probably see him as a privileged man because of his bike which looks new. However, while many living within the community might see him as a comfortable person, the young man has a heavy burden; the challenge is not how to eat or feed his family, but the fact that he supervises what could probably go for one of the worst health facilities anyone could ever imagine. The Village Head of Roguwa,Abdullahi Mohammed  equally shares in the unpleasant situation, he rules over a settlement where women and children are buried frequently because they could not access quality health services. At Roguwa, death and diseases have become part of live and what could save the community from further agony are functional health facilities and qualified medical personnel which speaks to the importance of Health Insurance and the need for adequate financing of the health sector.

In societies where the health of the citizens’ matter, the dilapidated 3-bed building is not fit to accommodate human beings, but the junkyard-look structure is what about 4000 inhabitants of Roguwa community use as their Health Centre. The environment itself can make a visitor to fall sick. While part of the building has given way, a first time visitor is greeted with bushy environment that is a good breeding ground for mosquitoes and reptiles. The visitor is also welcome by bedding parts packed behind broken down clay- made fence. The interior of the so called Health Centre is equally not good for anyone to stay not to talk of being admitted there. It is safe to say that the structure is not fit for human habitation. Little wonder, the community has lost so many women during childbirths; many others have also been lost to avoidable deaths. This is one of the many plights of Roguwa and a common feature in many rural communities in Nigeria, a nation, blessed with human and natural resources.

What is more?  Though Roguwa is in another state, it is not far from Abuja, the seat of power of the Federal Government of Nigeria. The dilapidated Health Centre is not the only major headache of the people, the road to Roguwa is as bad as their health facility.

Some indigenes of Roguwa who spoke with Green Savannah Diplomatic Cable lamented that they have lost many lives in the community due to the poor state of the Health Centre and non-availability of medical equipment and qualified medical personnel.

A petty trader in the community, Amina Subair in a chat with Green Savannah Diplomatic Cable said deaths and diseases in Roguwa are becoming too frequent and appealed to the state and federal governments to come to their rescue, a similar view which was expressed by a farmer, Abdullahi Mohammed said “Please help us tell the government that our people are dying, and we have emergency at hand”.

The Manager of the dilapidated Health Centre, Balarabe Yusuf also expressed his frustrations in the areas of lack of medical equipment, drugs and qualified medical personnel.

This true life experience by this writer who was part of a media group that visited Roguwa community last week mirrors the sorry state of health facilities in Nigeria and the need for urgent intervention. The Media team however adopted the community to track health developments there. They also formed Media Network for Universal Health Coverage (MNUHC) The Media team was in Nasarawa State for training on Healthcare Financing Media and Communication. The training was put together to improve the knowledge and awareness of media practitioners on the basics of Health financing and components of Universal Health Coverage as well as tracking utilization of Basic Health Care Provision Fund (BHCPF)

The two-day Healthcare Financing Media and Communication Workshop  was financed by USAID and organized  by Health Finance Governance (HFG) in collaboration  with the International Society of Media in Public Health (ISMPH) .The training which was well attended by journalists from across the country brought together media practitioners from the print, electronic and the social media.

Declaring the training open, the Chief of Party of HFG, Dr. Gafar Alawode, stressed the need for the media to reclaim public and stakeholders trust. According to him, for the UCH to be achieved effectively, the media has to pass the right message to Nigerians adding that the media should put policy makers on their toes on issues relating to the health of the people.  Alawode also enjoined media practitioners to probe trending issues and invest more on research.

Speaking in the same vein, a veteran Journalist and Executive Director of ISMPH, Mrs. Moji Makanjuola noted that the media is a strategic tool in reducing the burden of diseases. She challenged media practitioners to be more proactive and seek for more knowledge at all times so that they can report heath from the point of knowledge. While harping on the importance of investigative journalism, Makanjuola said Journalists should not wait for outbreak of epidemics before they write articles on Health.

A Medical expert, Dr. Sylvester Akande delivered papers titled “The Concept of Universal Health Coverage” and “Health Insurance as a vehicle for achieving UHC”. Mrs. Makanjuola presented paper on “The Role of the Media in ensuring the implementation of Basic Healthcare Provision Fund” while a Communication expert Somto Mbelu also presented a paper titled “The Role of the Media in Healthcare Financing Reform”. Two Media experts, Janet Nba and Danjuma Abdullahi engaged participants on Developmental Journalism and other areas of Journalism.

Participants as part of their field work also paid advocacy visit to the palace of Dorowa Uke, Alhaji Alhaji Ahmed Abdullahi Hassan who pledged his total support for the components of UHC and called for good healthcare facilities for Uke and other communities under him. Earlier, Mrs. Moji Makanjuola said the visit was to seek the support of the royal father in order to achieve all components of UHC adding that the Media team would adopt any community suggested by the traditional ruler for tracking of is healthcare facility and other components of health.

At the end of the residential workshop, participants came up with some recommendations. They advised the Federal Government to as a matter of urgency, revert the one per cent BHCPF in the budget to statutory transfer. This they noted would ensure early release of money. Participants also want politicians to pay more attention to the healthcare of their people by making the needed budgetary provisions. They believe that Health Insurance is the most potent option Nigeria has to improve its worrisome health sector. Participants also said the three-tiers of government need to develop strategies to reduce drastically out-of-pocket expenses in accessing healthcare services. They also recommended that the media must rise up to the occasion by engaging politicians relevant questions on issues relating to the health of their people. Journalists across board were charged to ignite their investigative skills in order to monitor closely the implementation of the BHCPF.

With the training the media practitioners received at the workshop coupled with the heart-shattering experience at Roguwa Health Centre, and accounts of deaths of women and children they got from the relatives of some of those who lost their lost ones, they have been better equipped to report from the point of knowledge and be co-pilots in the journey of healthcare financing and Universal Health Coverage.

Black mothers should believe in themselves- Tanya Hayles