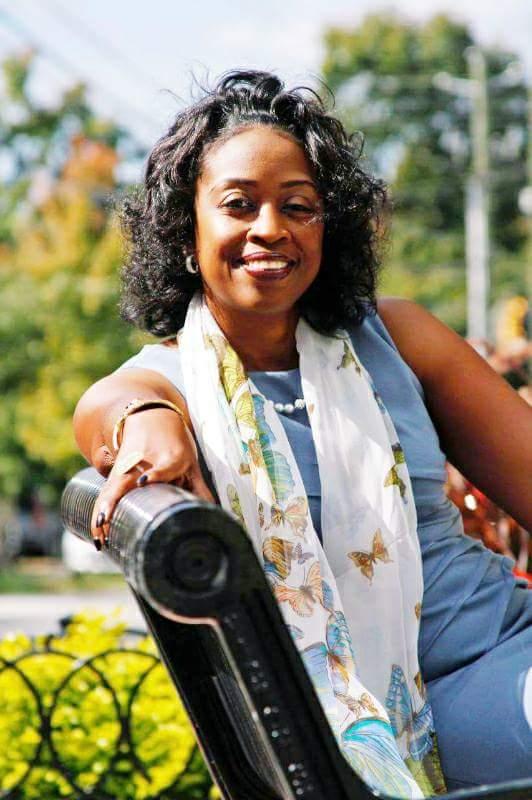 LaTarsha Holden is a native of Atlanta, GA. She was a walking statistic: high-school drop-out, four kids by the age of twenty-two, welfare recipient, low self-esteem, mentally, verbally and physically abused. The predictable outcome was a life of poverty, dependency on welfare, uneducated and underemployed with little chance of success.

Amazingly at thirty-five while homeless with six children she decided to fight for her dreams and children and enrolled in college. LaTarsha is a loving and devoted mother of six children and grandmother of four. She is now an emerging leader in the city of Atlanta. She has an A.A. degree in Biblical Education, a B.A degree in Leadership and Administration, a MBA degree and went on to become a Doctoral student. She was also included in the 2014 edition of Who’s Who among Students in American Universities and Colleges.

She’s been featured in Clayton County local newspaper and graced the front page of a local newspaper in Lubbock Texas. In Addition: she became a featured story on AOL Black Voices. She has appeared on The Debra Gatlin Show, The Ordinary People Show who are doing extraordinary things, and Joe the Gravedigger Show about helping others in the community who were facing difficult challenges. She was a featured story in the W.O.W. Magazine.

She was presented with the award of “Women Who Inspire” at an annual women conference hosted by WEOP in “2008” and was nominated for the “Humanitarian Essential Piece Award” in “2011” from Ga. Alliance to End Homelessness. She was an Honoree for the “Unsung Hero” award at the APEX Pyramid awards in “2016” She received the “I Am a Warrior” at the Stage Play “Lord Fight This Battle”. She’s an inspiring speaker and she answered the call to preach the Word of God, after accepting her call into ministry in “2005”. She was ordained into the office of Pastor in February “2013”. She was the Host of Global Talk Radio where she advocated on issues that affects people around the world.

LaTarsha Holden knows what it takes to beat the odds and break the through the inner glass ceilings that limit performance. She is a speaker, preacher, community advocate and author. She is the author of the several books, and a subject of a documentary also titled “No Longer Lost.”