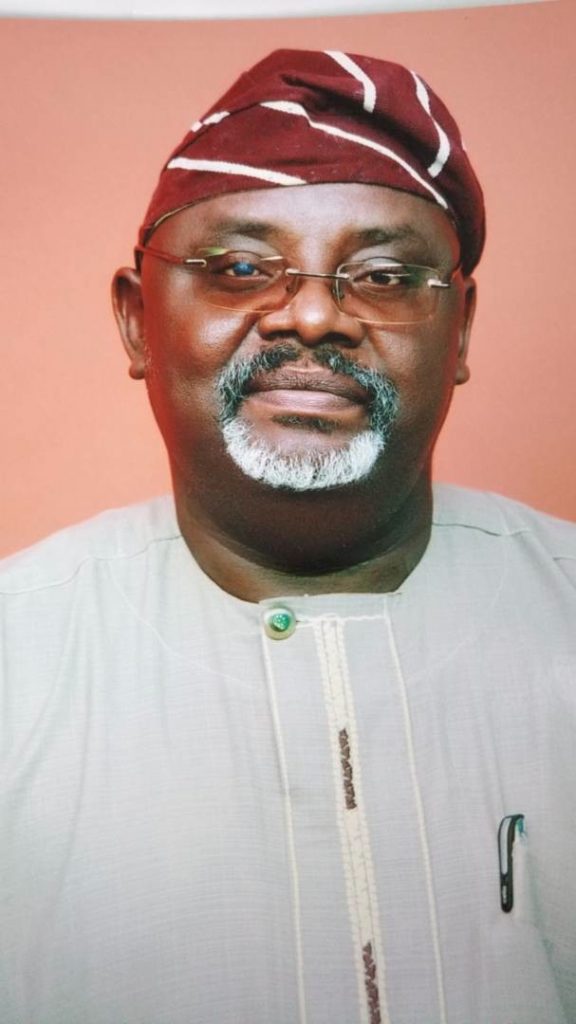 Sir Kunle Osisanya Aflolabi is the Chairman of FREE TV which is the brand owner of Digital Switchover in Nigeria and also the platform content Aggregator . He is into broadcasting both engineering and operations. Sir Afolabi has been in broadcasting for over 20 years. He  established  Delta Telekomms  and Electrical Services an arm of which is the Delta Cables Ilorin. Delta Cable was for  a long time and up till now, the only television visual broadcasting organization in Kwara State. Delta Cables covers Ilorin and its environ and uses the basic system of MMDS called Multi Point Distribution System. He was a member of Presidential Committee on Digital Switchover. In an interview with Green Savannah Diplomatic Cable, Afolabi speaks on FREE TV and other issues relating to broadcasting in Nigeria.

We  have been in this for quite some time and we are still in operation but lately because of the need to go digital nationwide, that would affect our operation, we have decided to continue to allow the system currently in operation to run its life span while we migrate our clients to the National Digital Switchover . The National Digital Switchover embraces both terrestrial stations, by that we are talking about NTA, AIT Channels, Silverbird and so on. These are all the open Television system which ordinarily Nigerians are not supposed to subscribe  or pay anything to watch. Those are the terrestrial stations we are putting on national platform. The national platform is labeled FREE TV.   FREE TV is the National Digital Switchover for Nigeria. It also encompasses some top-ups. When we say top-up, that means bringing in Play TV, other foreign channels can come under the same platform, so at the end of the day, Nigerians can seat comfortably in their houses anywhere in the country and watch any programme from any part of Nigeria by the switch of the button. That is basically what DSO is about. 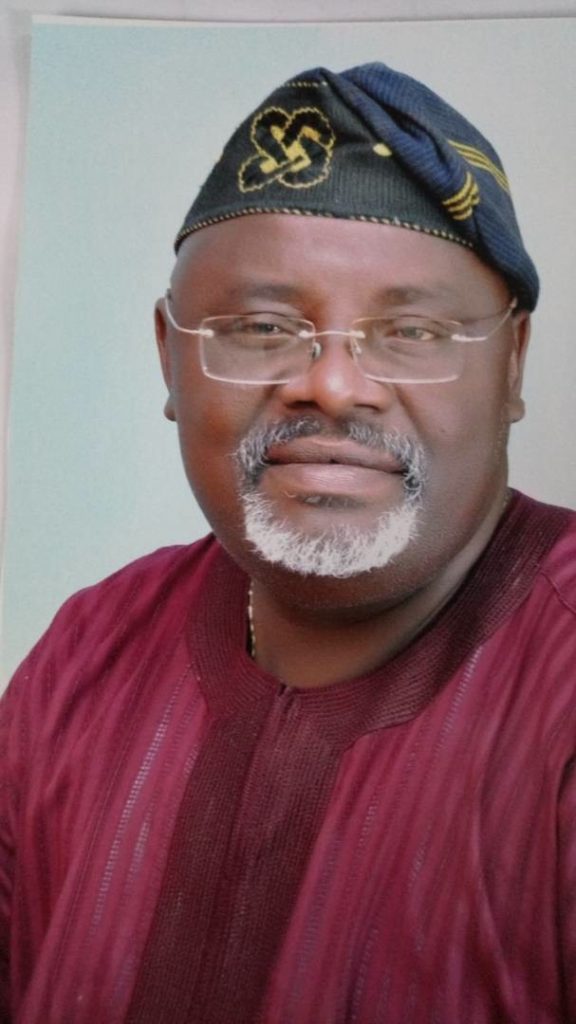 How far has FREE TV gone?

We have currently launched in two places. One is in Jos which is supposed to be a complete coverage of Jos and its environ including Southern Kaduna. The second is Abuja which is also to include some parts of Nasarawa  State and some parts of adjoining states, but this is ongoing . And we  hope very soon, we should be launching Ilorin and its environ as usual; and then, Osogbo and later Enugu and so on. We believe before the end of the first quarter of next year, things would move faster than they are now. That is where we are now

The journey has not been too palatable, but in every business where you hope to remain for long  and you have been, there are up times and there are down times. There are times when things go very fast and there are times things go slowly. There are times you have to invest. We have invested substantially in the architecture of getting this product to Nigerians. We have invested a lot in aggregation including getting  five years space on the satellite to aggregate channels and signals where the subscribers  I mean content owners cannot reach the signal distributor. In other words, we bridge the gap between the content owner and the signal distributor. And secondly, since we are on the satellite ,it therefore means a Nigerian may decide not to use the DTT box, and decide to use the DTH option. Currently, the government is working at a model that will make that same Set- up- box you have in your house to be useful as both DTT and DTH.  That means if the signal distributor is not is not getting to you because of your remote location or because of obstacles, you can pick directly from the satellite and the same thing you are getting on the DTT, you get on the DTH Satellite. We have gone as far as signing a five year contract with the satellite provider which is what we are using now to back all the  channels in Abuja and in Jos through the signal distributor.

What have been the major challenges?

The sluggishness, the slow pace at which things are done. By now, we expect that every geo-political zone in Nigeria should have been covered  one way or the other, leaving out other parts that would be following. In other words, a section of each geo-political zone in the country supposed to have been covered by now so that we do the second phase and so on and so forth. But it’s been so slow. This has not allowed even content owners that are providing contents for the signals that is being beamed in Abuja and Jos right now to  pay. They are not paying anything and until they start paying, two things are going to be happening. The content aggregator will not have funds, the signal distributor will not be able to charge them, the government will also be losing digital access fees which are supposed  to be collected annually which is N1,500. In reality, we are lagging behind other West African countries and other African countries especially some African countries that were here and have moved. They came here to learn what we are doing and they are implementing what we are doing. Here, we are having some political issues as usual. Too many people are coming in with political interests. Also within the ecosystem, those who are inside broadcast ecosystem, doing the DSO, there is also politics.  I have seen articles flying here and there castigating one or the other, whereas it is impossible for anybody to exist alone within the ecosystem, it has to be a spread thing. You must use the system to create jobs for people . There is no need for a centralization of the total ecosystem. We keep forgetting that the airwaves we are using in Nigeria belongs to the masses and it is the masses interest that should be uppermost before any other thing.  But we believe those challenges will fade out.

Who are these content owners that are not paying?

All the content owners on the FREE TV right now are not paying anything. That means anybody you see on the current 36 channels being broadcast in Abuja and Jos are not paying anything. Unless they start paying, content aggregators will not be paid, signal distributors will not be paid. There is need for synergy to know when to switch off and when not to. I was listening to a programme  and I heard the DG saying they are going to establish the amount to be paid by content owners to signal distributor. This is something we ought to have thought about. For example, Jos is over one year now, you cannot do a pilot transmission for over a year. After one year, there are content aggregators who are bringing the contents there. The signal distributor is spending money to beam the signal out and they are not being paid.

More Radio stations are springing up in  Kwara State , do you think these stations are viable considering the economic situation of the country?

These stations are viable. Nigeria is actually under broadcasted. When I say under broadcasted, Nigeria is not getting the number of stations that we really should be having in all areas of the country. They are more or less concentrated in different areas, but not equitably distributed around the country. I will give you an example, in Lagos, Kano, Port Harcourt, Abuja, there are so many stations. In fact, I was told that you cannot get a Radio frequency in Lagos again because it’s all filled up whereas in Kwara State, we are having between six and eight. In another state, you only have one. What we are saying is that there should be equitable distribution of these stations nationwide. Those are Radio Stations. In the case of Television, we are under broadcasted. I don’t like using America as an example, but let me use it. You can seat in your house and watch a Golf Channel, you can watch Farm Channel, Animal Channel, Children Channel and so on. That is not happening here both in video and audio. As a matter of fact, some Radio stations should stop beaming the regular things. They should specialize, maybe a  Radio station for women, which will focus basically on women, or station for children, we should start doing things like that. That is the only way we can share knowledge to the people and knowledge is the basis of wisdom. When you run a Radio station basically for children  you know you have a lot of revenue. When I say a lot of revenue, you have targeted people who are going to market your channel. All the manufacturers of children  products are likely to come and advertise with you. I don’t know why broadcasters are not looking at the right places. Everybody is doing the same thing. And that is not  what should be. What should be is that we should start segmentation. Segment the market so that people can say this is what I want my children to watch. There are many youths in Nigeria, majority are youths. It means that is the market. In Kwara for example, what are we known for? Is it Agriculture or Tourism, there should be a Radio Station or Television station doing basically any of these. I have not seen a Sports channel in Ilorin, there is the need for one. Only sports, all aspects of sports not just football. There is no wazobia here, there is need for it. Broadcasters should look at ways of making money in this industry. It’s not the old game again, it’s a changed game and we have to follow the change.

Are you looking at manufacturing FREE TV Set- up- boxes in Nigeria?