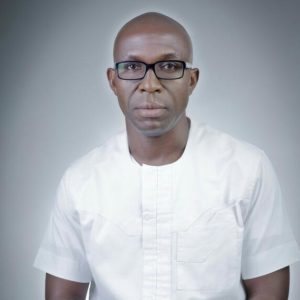 It must have been a time of peace and prosperity. As relative as those terms almost always are for general application, King Ahasuerus in the third year of his reign contemplated no greater priority than an extravagant and extra-long exhibition of the riches of his kingdom. It’s protracted duration of one hundred and eighty days in good probability set it apart as an event without peer.

As befitting an event of such immense grandiosity, the entire royal, political and military establishment was in attendance. And so were regional officials from the one hundred and twenty-seven provinces that made up the Persian Empire of the time, spanning the land area from India to Ethiopia.

It was a show befitting of an empire of great majesty and splendor. However, as grand as all this was, the entire event will be remembered more for what happened at the tail end of proceedings, than for the preceding ostentation. That irony also, is without peer.

As the last tedious days of this vast display approached, the king set about finishing things off with style. In the style of someone for whom nothing is understated or modest, he hosted a banquet of carnival proportions. Invited, were all the residents of the capital city, Susa, from the greatest to the least.

The affair was as egalitarian as it was grand. Given the extensive guest list, royal event organizers solved the problem of accommodation by convening the feast in the royal courtyard and gardens. In these days when the grounds of presidential palaces are off limits to ordinary citizens in many nations, King Ahasuerus can claim some progressive chops. The accommodation in question was not spartan.

There were hangings of different shapes and colors; and drapes and curtains of purple and white linen fastened to marble columns and couches of gold and silver. Even the flooring upon which the couches rested was a kaleidoscopic eye catching design of red, blue, white and black, featuring marble, porphyry, mother-of-pearl and precious colored stones. In the parties of this dispensation, that effect is achieved with colored lighting. Here, it was the real deal. An inter-locking block pavement this was not.

One wonders if the king used the occasion to give the palace grounds a facelift or if the more permanent fixtures were already in situ previous to this lavish event. In any case, the décor and furnishings were of the finest quality.

The drinking deserves its own paragraph. First the goblets. The narrative asserts that this mass drinking was done with golden goblets. Suspicions of kingly access to a well-run gold mine might not be amiss. One wonders too if these fine goblets might not have served well as party favors.

The drinking is significant also because it was the king’s favorite pastime, and particularly because of how the king’s temper was improved by his drinking, as later events would reveal. The royal wine was served liberally. Even so, drinking was not compelled.

The king had instructed that every man should be served in accordance with his wishes. Queen Vashti was not to be left out; she hosted a rather more select feast for the women in the royal palace. No mention is made of the drinking there. This lush state of affairs lasted for seven days. Epic.

On the seventh and last day of the festivities, matters took a sudden dark turn. King Ahasuerus flush with choice wine and merry of spirit, ordered his seven eunuchs to fetch Queen Vashti, for the purpose of displaying her beauty for the admiration of the King, his nobles and the people, for as the narration makes good to note, the queen was fair to look upon.

The queen was to be brought wearing her royal crown and dressed to impress. Apparently, in the king’s estimation, there was but one more item of the utmost beauty that had not yet been displayed after one hundred and eighty-seven days of royal displays and feasting. There was to be a rather impromptu climax to proceedings.

Unexpectedly, Queen Vashti refused to show. She declined the king’s command unequivocally, the concerted efforts of the king’s seven eunuchs notwithstanding. This was a public and political denunciation. As it is with the highly placed and highly visible, no matter the private underpinnings of a quarrel, the implications and resolution are usually public.

Since this was a refusal to obey a royal command, the matter acquired by virtue of the position of the protagonists a public policy dimension. King Ahasuerus, a high functioning drinker, acted swiftly and decisively. The party ended abruptly to be replaced by a new and urgent agenda.

The party effectively turned into an emergency Council of State meeting, chaired by the king and attended by the seven foremost princes in the land. The change of mood and agenda must have had many a head spinning. The composure of the select seven must have been taxed considerably.

Even so, a productive meeting of sorts ensued. The king put the question of what consequences should attend the Queen’s behavior to the council. Memucan, a member of the Council of Seven, and a rather stern character, gave the Queen’s conduct the widest possible implication.

He argued that the ladies of Persia from the greatest to the least would hear of the Queen’s disobedience and conduct themselves likewise, with attendant empire wide domestic upheaval. His prescription was uncompromising and extreme. He advised the king to issue a decree barring Queen Vashti from ever coming before the king. He also advised that she be deposed and replaced.

The recommendation met with the approval of the king and his council. Curiously, between the king, the eunuchs and the members of the King’s Council, no one spoke in favor of the queen, neither was she given an opportunity to defend herself. The king issued the declaration as Memucan advised, and it was published in all one hundred and twenty-seven provinces of the Persian Empire.

And thus, a vacancy was created.