The government of Nigeria is set to privatise Ajaokuta Steel Company located in the North Central zone of the country. However, fears are rife that the exercise might go the way of previous failed attempts to breathe life into the moribund 38-year old steel complex on which Nigeria anchored its hope of industrialisation.

Because of past experiences, the consensus is that unless government demonstrates the political will to confront the various infrastructural challenges and vested interests holding Ajaokuta and the steel sector down, the privatisation may yet be another hollow ritual, and the dream of diversifying the economy and creating jobs will remain elusive. One of the cardinal focuses of the present administration is job creation.

Minister of Mines and Steel Development Dr. Kayode Fayemi has been particularly upbeat. The prospects of a major turnaround in the fortunes of the nation’s ailing steel sector following the recent return of Ajaokuta Steel Company Limited (ASCL) in Kogi State to the Nigerian government has put him in a joyous and expectant mood, but many of his country men are still skeptical.

With the removal of all the encumbrances around the multi-billion dollar steel company, Fayemi believes that the coast is now clear to revamp ASCL. Encouraged by the resolution of the dispute, he announced that the Federal Government has resolved to breathe life into Ajaokuta through privatisation.

For nine years, the Nigerian government was locked in a legal tussle with Global Steel Holdings Limited/Global Infrastructure Nigeria limited (GHIL/GINL), the Indian firm whose 10-year concession agreement with the Federal Government for the management of ASCL and National Iron Ore Mining Company (NIOMCO), Itakpe, also in Kogi State, was terminated on April 2, 2008.

This was based on the recommendations of an administrative probe panel, which indicted the concessionaires over alleged asset stripping, poor performance and failure to comply with the provisions of the concession agreement.

But the termination of the concession granted by the Olusegun Obasanjo administration by the late president Umaru Musa YarÁdua’s government in 2008, did not go down well with the former Indian managers of Ajaokuta. The company dragged Nigeria to the International Chamber of Commerce (ICC) in London, claiming $1 billion as damages.

The dispute, which put Nigeria’s hope of reviving the steel company on hold, was however, resolved after series of negotiations, which allowed Nigeria to take back Ajaokuta. Under the new agreement, Ajaokuta is now free for Nigeria to operate, while the Indian concessionaires are to take over NIOMCO and operate it for seven years.

The new agreement, however, stipulated that NIOMCO’s primary business will be supplying iron-ore to Ajaokuta before offering the raw material to other steel producers. The Nation also learnt that the rescue of ASCL from its former operators did not come with any attendant financial obligation to Nigeria. The concessionaires were said to have agreed to forfeit the $1 billion originally demanded as damages.

Expectedly, the resolution of the dispute has prompted Fayemi to once again renew the push to ride on the back of a revitalized Ajaokuta to industrialize Nigeria. At a town hall meeting with players in the industry in Lagos, a fortnight ago, he said that Federal Government will hand over Ajaokuta to investors who have the technical knowledge and financial capacity to bring it to life in a manner that liquid steel can be produced from Nigeria’s iron ore endowment.

According to him, liquid steel would be made available to rolling mills across the length and breadth of Nigeria to use for direct steel production rather than depending on scrap metals.

“We have had a number of players both local and foreign that have shown interest”, Fayemi said.

To underscore government’s seriousness over the plant to privatise Ajaokuta, the Minister said Expression of Interest (EoI) by investors, who want to acquire the steel company, would open in six months’ time. He said the resolve to breathe life into Ajaokuta through privatisation was necessary to save the nation huge foreign exchange and job export.

He churned out disturbing statistics to justify his assertions. He lamented, for instance, that importation of steel products was digging a hole in Federal Government’s purse to the tune of $3.5 billion yearly. According to him, Nigeria utilises about seven million metric tons of steel on annual basis, but produces less than three million tons, mostly from scrap.

The Minister raised the alarm that the scrap is being depleted now, warning that “Nigeria runs the risk of depending almost solely on importation. We spend over $3.5 billion importing steel products into Nigeria annually.” He said this underscored the opportunity cost and the importance of ensuring that Ajaokuta comes on stream.

“The steel industry still remains the backbone of industrialisation in any country. Any country that wants to make headway in manufacturing and industrialisation must pay particular attention to steel development,” Fayemi said, adding that this was why government was determined to ensure that the litigation around it was resolved.

Already, several investors are said to have expressed interest in the completion and running of the plant. Reliable industry sources said that at least, 10 companies including the Russian and Ukranian original builders of the plant; a Chinese consortium and some indigenous steel companies have lined up to acquire Ajaokuta.

Measured optimism trails privatisation plan While the Minister may have spoken passionately about Federal Government’s desire to resuscitate Ajaokuta, which has no doubt, become a huge drain pipe and a campaign tool for successive administrations, not a few experts and stakeholders in the steel sector doubt if the latest move to privatise the steel plant will succeed this time.

Some experts admitted that government’s decision to hand over the steel plant to investors with requisite technical knowledge and financial muscle under privatisation is a step in the right direction since “government has no business in business.”

They, however, argued that without first addressing some of the core infrastructural challenges around Ajaokuta and the steel sector generally, government may be inadvertently setting the cart before the horse hence; current efforts to privatise the steel plant may flop.

Nwabuokei, a Fellow of Nigerian Society of Engineers, however maintained that turning around the fortunes of the foremost steel rolling mill and the sector generally requires addressing the perennial infrastructure challenges facing Ajaokuta and the sector.

According to him, there was the need to dredge the Escravos water channel, near Warri, Delta State, to allow bigger ships berth or access the Delta ports. The channel connects the Warri Port to the Atlantic Ocean. But the port has become virtually idle, as ocean-going vessels could no longer access it because of the shallow Escravos channel.

For the dredging of the Escavos to take place, Nwabuokei said the Nigerian National Petroleum Corporation (NNPC’s) crude oil pipelines within the vicinity of Warri Port must be relocated or lowered to a certain level.

Also, government is yet to complete the remaining 22-Kilometre rail track from Agbaroh in Agbo to Aladja in Warri. The rail line is supposed to facilitate the movement of raw materials and finished products to and from Ajaokuta.

Incidentally, these are some of the infrastructural issues cited by the former Indian managers of Ajaokuta for failure to revive the facility. They had accused the Nigerian government of reneging on its obligations under the concession agreement it signed with them to fix the afore-mentioned infrastructures.

“Technically, the Indian concessionaires declared a ‘Force Majeure’,” a Lagos lawyer and public affairs analyst, Mr. Obiora Akabogu, said. According to him, Federal government’s alleged failure to meet its obligations under the concession agreement by fixing these infrastructures may have partly contributed to GHIL/GINL’s failure to revive the plant.

While emphasizing that there is nothing wrong with privatising, Ajaokuta, Akabogu expressed fears that there are no clear indications that any of these core infrastructural issues around the steel plant will be addressed within the six months timeline given by the Minister for EoI by prospective investors.

“The enabling environment particularly support structures are not there yet,” he said, insisting that privatising a vital national asset like ASCL is not an exercise that should be done with levity. He said relevant stakeholders should have been invited to make their inputs after which a blueprint should have been issued for public consumption before the EoI.

The public affairs analyst added that for ASCL, which holds Nigerians’ collective aspiration for self-sufficiency in steel production and industrialization, the planned privatization exercise ought to have a legislative input.

Hear him: “It is in the National Assembly that factors that led to its incapacitation should have been made public. All the former Directors-General of ASCL should have been invited to make their input. They retain what we call institutional memories. Each DG has a peculiar experience or memory of what contributed to the steel plant being moribund.”

Akabogu’s call for legislative intervention to complement the efforts of the Federal government in reviving the steel company via privatisation was justified. According to experts, the 1999 Constitution empowers the National Assembly to direct or cause to be directed an investigation aimed at exposing corruption, inefficiency or waste in the administration of funds appropriated by it.

Besides, such pro-active measures, the public affairs analysts said, were necessary to avoid the same pitfalls that led to previous botched privatisation exercises. Citing the power sector privatisation, for instance, he said the Federal government jumped the gun when it failed to muster the political will to investigate some of the acquisitions of power assets made through cronies whose real identities Nigerians don’t know three years after the exercise.

While noting, however, that unlike previous administrations, the Muhammadu Buhari-led administration has demonstrated a certain level of commendable political will particularly in tackling corruption, Akabogu said the president owe Nigerians transparency and accountability in carrying out the planned privatisation of Ajaokuta.

Nigerians are anxiously waiting for the day steel will start rolling at the mills. 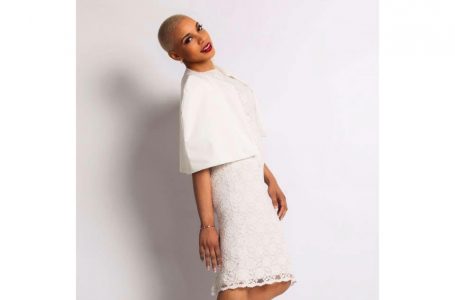 I want to give back to Africa...