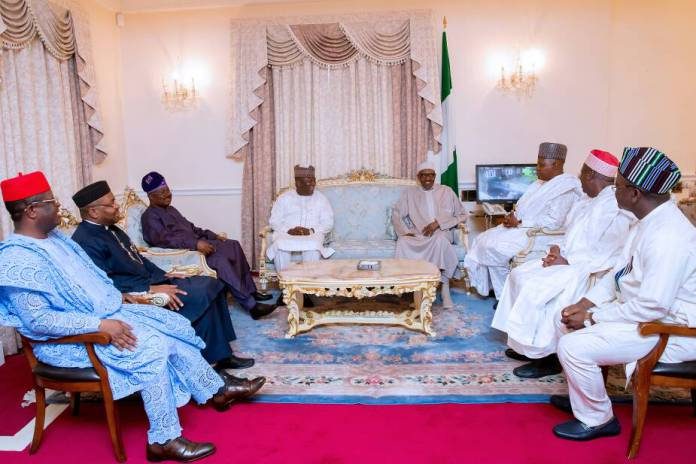 I have been very careful not to write on the ill health of Nigeria’s President, Muhammadu Buhari for many reasons. One, because his condition was never his own making.

Two,  the retired General is old enough to be my father. Apart from these two reasons, I chose not to write before now because his health condition has been politicised by those around him, his party members and the opposition . His ill-health has been grossly mismanaged  just as successive administrations had  mismanaged  the nation’s economy.

The politics of Buhari’s health is as dirty as Nigerian politics, so dirty that many of the players  had  inexorably turned out to be  “political pigs.’’

Remember that pigs,  at least the local ones,  are happier in muddy environment, and so is the behaviour of some Nigerian politicians.

It wasn’t a coincidence that some stolen funds were traced to the fight against insurgency by the immediate past administration and diversion of food meant for the Internally Displaced Persons under the present administration. Bad situations equally give room for all manner  of special prayers in exchange for gratification.

I have never stopped asking  myself,  where  does the First Lady, Mrs. Aisha Buhari  fall  in the politics of her husband’s health?  Buhari , before any consideration is first  a father and husband.

Therefore,  his wife should have some level of influence on him. It saddens my heart to see a grandfather and the President of Nigeria subjected to such ridicule. You are asking,  why ridicule? Yes ridicule, because political figures only go to him to take pictures and return back home to offer third party narratives.

I will not blame the President for not excusing himself from the burden of leadership since I do not know his state of health and mind. However, I will tell him that for everything there is  a time and season—a time to sow, a time to reap, a time to fight and a time to throw in the towel. I am not suggesting that President Buhari should throw in the towel, but if he were to be my father, I would have advised him to toe the path of honour.

Nigeria is such a complex country that whoever wants to lead must have integrity, and also demonstrate mental and physical abilities. The reason is simple, the institutions are very weak.

The younger generation of Nigerians have been taught how to lie by the outbursts of those around the President and the opposition. No one can  be trusted. Can you blame them? They have been feeding fat on the health condition of a man who symbolizes integrity.

Again, you might want to ask me why I am breaking my silence, I am doing so because what the President stands for is now being abused by ‘’political pigs.’’ While I don’t have an  issue with the President receiving medical attention in London for months at a  cost unknown to the masses of Nigerians that voted for him in  the 2015 election, I feel pained that the wastage that the President vowed to block is being abused by the few privileged who have been visiting him in groups on tax payers money.

The leaking pipe  the President blocked after his inauguration more than two years ago has burst again and it will take courage, sound mind and political will to permanently stop this.

Why is Nigeria so wasteful as a nation when only what the governors went there to do is to sit at  the dining table to eat and take photographs  with the President?

The Senior Special Assistant to the President on Media and Publicity Mr. Garba Shehu,  had defended the journey of six governors as  a goodwill visit from Nigerians.

Listen to him:   “ It is a goodwill visit. As a cultural people, we visit people leaving hospital and I am sure the President himself will be delighted to see people coming from the six geopolitical zones to convey the goodwill of Nigerians.”

To me, this is a waste of tax payers’ money considering the fact that the present administration has been hammering on prudent management of resources in the face of economic  recession. The wise and prudent thing would have been to pick one All Progressives Congress(APC)  governor from the North and one Peoples Democratic Party(PDP) governor from the south for balancing purposes. It is not the number of the governors, ministers or government officials that  travel    that will show Buhari that Nigerians wish him well.

I wonder why Nigerian leaders cannot apply wisdom in some of the things they do. You complain about economic recession and you keep wasting money. However, everything that has beginning must have an end. In no distant future, the role of  each ‘’political pig’’ in Buhari’s health story will certainly be known to Nigerians, while  the cabal holding Nigeria to ransom will be on its  knees