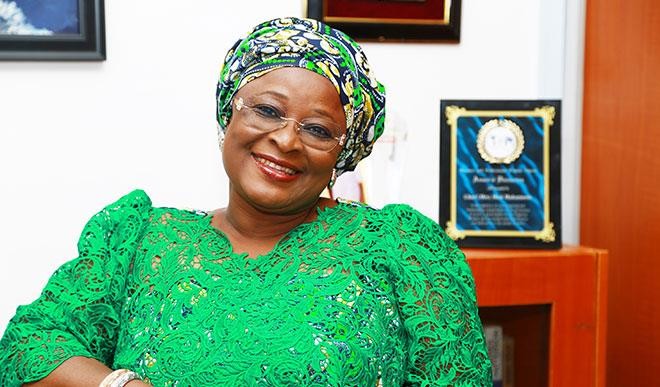 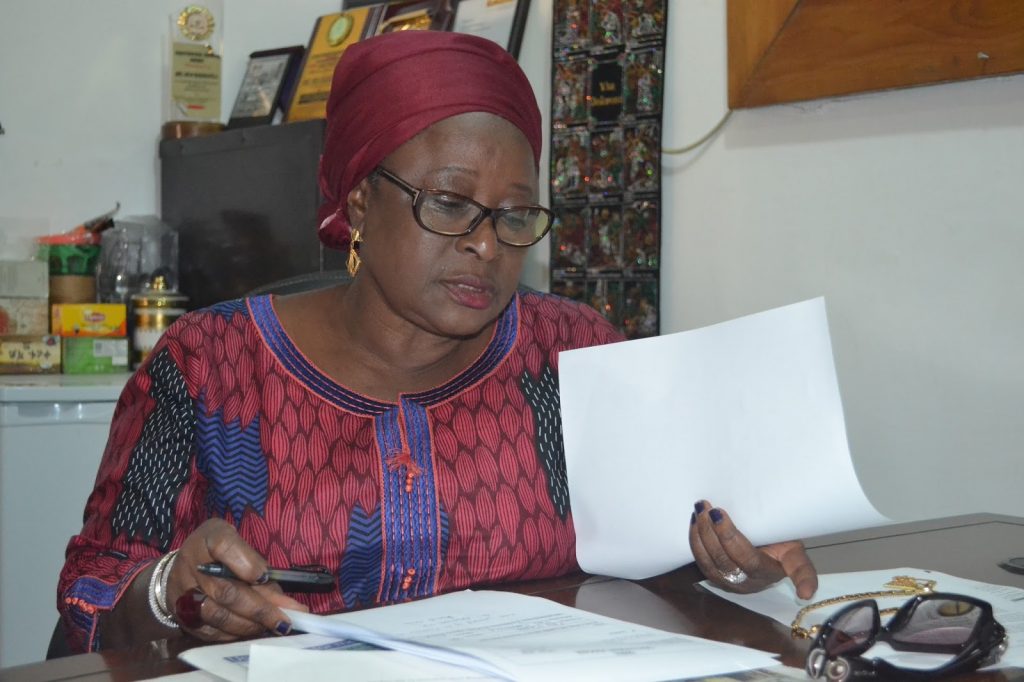 The Executive Director  of the International Society of Media in Public Health (ISMPH) Mrs. Moji Makanjuola MFR  is one of the most prominent journalists that Nigeria has ever produced. The former Head of Health Desk, Nigerian Television Authority popularized health reporting in Nigeria. Moji through her works has indirectly saved millions of lives in the country, especially through  her reports on immunization programmes. It is uncommon  to hear a  Minister address a serving public servant as “Aunty” in a public function, but Moji had been  severally addressed as “Aunty Moji”  by serving ministers especially those in charge of health not because of her age, but the respect they have  for her works. Little wonder, the Senate President, Dr. Bukula Saraki referred to her as Kwara  Ambassador at the Summit on the Legislative Network for  Universal Health Coverage  held in Abuja last month.

In this interview, Mrs Makanjuola  who is also a philanthropist  speaks to Green Savannah Diplomatic Cable about her passion for health reporting and other issues related to healthcare delivery in Nigeria

You popularized Health reporting in Nigeria, something must have prompted you to do that, would you like to share it?

The motivation for me was this. I lost my mother and I believed that if she had  an emergency response to the injuries she sustained in an accident she was involved in, she probably would have lived, but she died at 49. She died of internal hemorrhage . After that incident, I said I would do something to immortalize her because she was my friend, confidant , and everything to me. I asked myself, since I am in the pen pushing profession, how about reporting health?. When I was at NTA, Ilorin, I made sure that everything I reported were along the line of wellbeing and health of the people, so when I got to Network news in Lagos, It was glorious. After  an  editorial meeting, the Deputy Director News called me and said because of what I was doing, Health Desk would be carved out at NTA. I was the first Head of Health Desk in NTA. For me, the fulfillment of reporting  health is to make impact on the people and society. Health is not a beat that you can be lazy, it is not a beat where you seat and report, you have to be there. And I love the challenges of being there, working with doctors, nurses, pharmacists and others in the chain of medical care.

Over the years, it has been very fulfilling for me ,even when I tried to report other beats, I still found myself coming back  to  health and it has become my life and for as long as God keeps me, I will be reporting health. I will continue to push for media partnership in healthcare delivery. Why ? Because we are in a region where  even the commonest of diseases that have been eradicated in other parts of the world still ravage us. In summary, I was affected and I decided to use my profession to make a change so that others don’t suffer what I suffered. Right information and knowledge  will go a long way in addressing health issues that we are confronted with that kill people needlessly. So I enjoy reporting health, it is about life, it is about people. 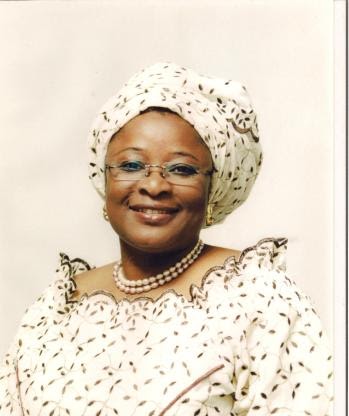 How were you able to do that successfully without a background in health related course?

First, I needed to educated myself  which I did. I read many health journals and books. The Centre for Disease Control in Atlanta gave me a window on Public Health. I got grant to go and study Public Health at close quarters. So I was exposed to Public Health using the media as a gateway to disseminate information, to be able to write appropriately  on health issues.  We had a class where there were doctors and Ph.D. holders  and we were doing the same thing, same course . I was exposed to a lot in Public Health. That helped me . I remember that during the Fellowship, there was an outbreak of a disease in North Carolina, I was sent along with doctors to trace where the outbreak came from. I made the longest  telephone conversation of my life. I had to make like 500 calls and kept calling until were able to trace where the disease came from. We did many things, I went through malaria lab and other facilities. You find out that the more you do, the more you want to know. Some of the doctors were so kind that they allowed me into the theater, though I was a bit uncomfortable to watch operations. I have seen the best  and the worst hospitals in the world. Apart from that, I learnt on the job. Again, I attended most of the World Health Assemblies, both at the Headquarters in Geneva and wherever health events took place. The  more you move, the more you want to know. That was it.

You also encouraged the formation of many health related  NGOs in Nigeria, Why that?

I support a lot of health related NGOs especially those that focus on communicable and non-communicable diseases. Why? Because I know that government alone cannot do it. If people know what causes a particular disease, take for example malaria, the more people will care more about their environment. I also want to use polio as an example. How are children infected with the disease, it is focal oral, that is from feces, fly perches on it and touches the food of a child whose immunity is not strong enough, and before you know it trouble starts. Some of these things are avoidable and preventable, so when I see NGOs that are serious about saving lives, I support them. And how do I support them? I have a programme on NTA called Health Report. Even after I have retired, the programme is still running . I give them visibility so that people can use their expertise. I must say that any time I give visibility to any serious NGO and I see them working, it gladdens my heart. There was this young group that came to me and l took the group on my programme, today, they are big. They are fighting cancer. I am amazed with what these young people are doing. They are so devoted, we gave them visibly at no cost, I am proud of them. Many don’t even come back to say thank you , but I am fulfilled that I am able to impact on peoples’ lives positively. Let me however say that before I support you , I want to know about you to avoid dealing with the fraudulent people, so we do proper checks. It is also gratifying that some we have assisted still remember us. 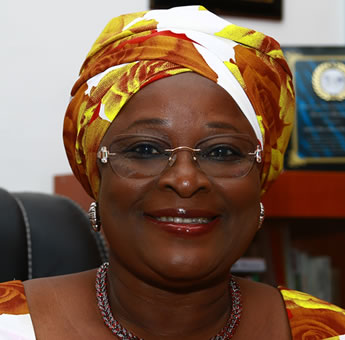 Have you done any special report that you will never forget?

I have done a lot of such stories. But the one  I can never forget, I think was in 1998 or 1999. There was this Kerosene explosion in Abuja and I had to follow up on that story, and I saw pregnant women burnt, some 70 degree, some 80 degree burnt. As I am talking to you now, I could see myself in that world. Honestly that humbled me. It taught me that we are all flesh after all. I saw people in pains that I began to feel the pains myself. It is one of the stories I covered that I can never forget. Some of them survived, some did not because of the degree of burnt they suffered.

Another one that really hit me was in Jigawa State. I saw a child progressively paralyzed  as a result of the parents refusing to immunize their child, a beautiful girl whose name I can’t remember as I’m talking to you now. She lost both limbs to polio. She never walked.

You have been deeply involved in immunization programmes in Nigeria particularly Polio eradication. Nigeria is not there yet in terms of polio eradication, what is the problem?

The insurgency in the North East is a factor, we couldn’t reach some of the communities to immunize the children. You have to understand that one child that is carrying the virus according to scientists can infect about 200 children around the same vicinity. When you see a child in the 21st century in Nigeria that is down with polio, I just say that some of us are just lucky to have immunized our children because diseases don’t have boarders. Each time I go out and see people with diseases especially chronic diseases , it humbles me . I see it as a challenge that I have to do more  for humanity.

You are getting old in the profession, are you also mentoring the younger ones?

Yes. I have an NGO, the International Society of Media in Public Health. For every implementation of our projects and in all the proposals we write out, we always insist that the media is involved, I mean building their capacity so that they can report  from the point of sound knowledge. We have trained quite a number of journalists. The joy to me is when they come back to seek more knowledge and professional advice or when they ask for information. Reporting health is not a piece of cake  and some of our junior colleagues want the quick way, but that can’t be done in health journalism. You must be devoted and have special skill, you must be able to navigate around the professionals and be able to do great stories. I want to salute great Nigerian Journalists that are still working hard despite the challenges we have. For instance,  if you want to do an investigative story,  your media house might not have the resources to sponsor or fund it. Health reporting is something you have to put your heart into, there is no money there partly because of ethical issues, so you must have the passion and the interest to want to help humanity.

What do you want to see in Nigeria’s health sector?

We must be prepared as a nation to invest more on immunization. There must be  a mechanism for proper funding of the health sector. We cannot continue to depend on foreign donors again.  We should start planning how to adequately fund the health sector especially immunization. Immunization is cost effective, it works and it prevents children from dying. There should be a mechanism that will make immunization a continuum in Nigeria. We used to have our laboratory in Yaba, Lagos, where vaccines were made. Why don’t we invest in our laboratories and make them work and manufacture these things?. Vaccine production is not a day thing , it goes through a chain, so we need to start investing in it  today. Some African countries  have invested in vaccine manufacturing , why can’t we do the same? The private sector too should be interested, while our scientists should agitate for it. That is why I am excited about last month’s  Summit on the Legislative Network for Universal Health Coverage. Nigeria should be the hub for Africa in terms of  health facilities because we have the human resources, so we need to make capital resources available.

Between President Buhari and political pigs