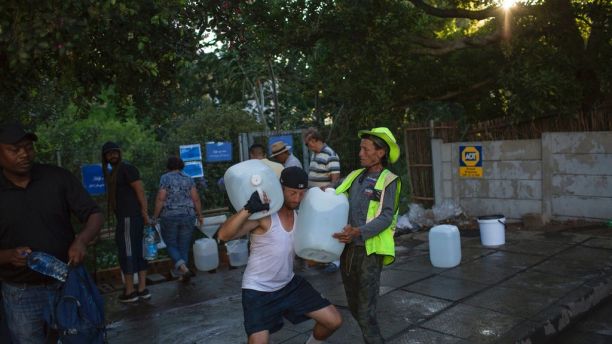 Cape Town, South Africa has been headlined with having a water crisis over the past few weeks and the world has been told that the city is approaching “day zero”, a day that will entail no water coming out of any faucets.
It has been reported that the dam levels have dropped dramatically, yet certain images of the dams showcase something else. The city of Cape Town has placed one of the following measures to curb this disaster; water tanks bring fresh water to certain areas and people stand in queues to get water with their buckets. Certain images have shown the white citizens of Cape Town carrying buckets on their heads with water, walking home.
This “crisis” has so many aspects to it…however I choose to look at the human element.
Many Africans have been living in a similar manor for centuries, without the luxury of a water tank bringing water to their areas. Many Africans walk many kilometers to get themselves and their families water and will in turn need to walk the same number of kilometers back home. Most women, will carry buckets on their heads and buckets in their hands without complaint. There are villages in Asia where this is also a norm. 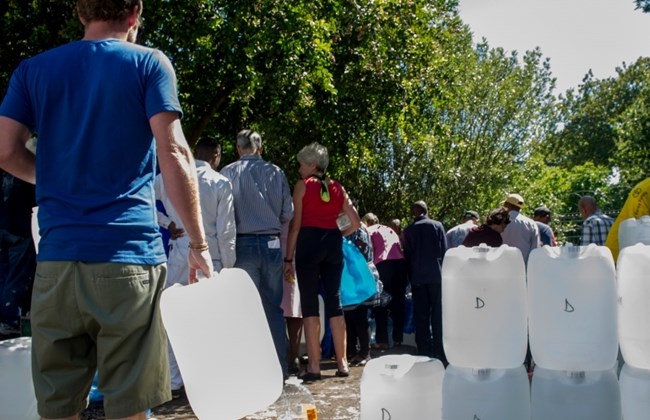 Africa has been surviving without water from faucets for centuries, so my question becomes “whose crisis is this”? Many have called it karma. Many have made it a race thing.
It is a human thing and I personally feel it necessary that love prevails whilst the “other” part of the nation experiences life for everyone else. Many a business person, politician, prominent artist, goes to their rural homes and still face this reality but lives with it.
Whomever this crisis belongs to, I pray that they may grow to honour the rest of the continent for living in daily crisis. For making the best of it. For showing up at work despite the “crisis” whilst looking and smelling great and giving them a fruitful day because their bodies have grown accustomed to operating in the “crisis”.
May this “crisis” in Cape Town showcase the grace, power, strength and adaptability of Africa nation and what it stands for. We are continent that knows no ‘NO’. We are a people that always find a way to win and will eventually succeed despite challenges created for us. We are a nation of innovators and pace makers. We have learnt to live off of the rich soil of Africa and are daily reminded of where we came from our reflections in the water.
Let the GDP of Cape Town not dictate what is not…but let Africa arise to showcase its “never say die” mentality.
Africa is POWER!!!
Africa is FREE!!!
Africa is LOVE!!!
Africa is STRENGTH!!!
Africa is THRIVING!!!
Africa is REBORN!!!
Africa is ALIVE!!!
Africa is MYSTIC!!!
Africa is INCORRUPTIBLE!!!
This is not Africa’s crisis, it is yours. It is a crisis of when your car is in service yet Africa walks everywhere. It is a crisis of when your favourite brand is not in stock at the organic market yet Africa grows her own. It is a crisis of your cut not being available at the boutique yet Africa wears itself because it sits best. It is a crisis of the bottle store being closed so you cannot purchase your favourite wine yet Africa drinks so called “contaminated” water to quench its thirst.
I am Africa and I am not in crisis. Get to know me and you will be freed from yours.