Accompanied by a member of Youth Advisory Council Nair Abakar, the envoy held several talks with government and non- governmental institutions and diplomats.

The visit which was coordinated by the International Center for Diplomacy in collaboration with Atlas4Dev NGO, aims at learning about youth programs in Morocco 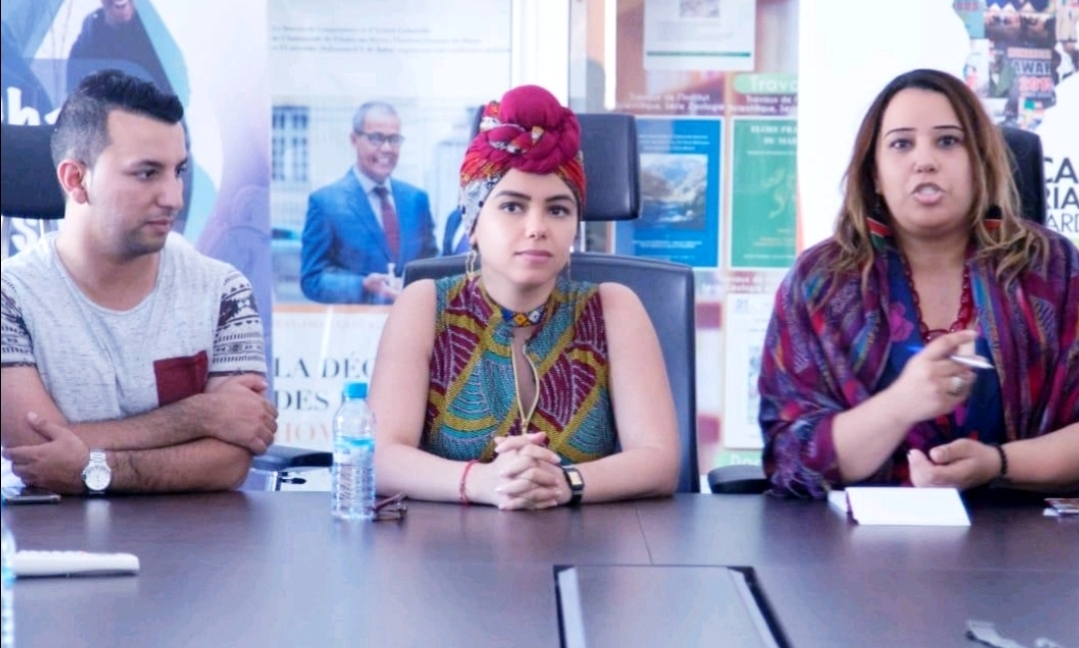 During her visit, the Envoy met with the Swiss Embassy Charge D’ Affairs to discuss the Embassy’s engagement in supporting youth programs in Morocco and Africa in general. The Swiss Embassy recently supported a youth initiative called the 2063 Academy, implemented by an NGO, Atlas4Dev with the aim of raising youth awareness and understanding of the African Union Agenda 2063.

The International Center for Diplomacy also presented its program called YouLead Academy which aims at empowering young leaders across Africa to be future decision makers through leadership, advocacy and diplomacy. 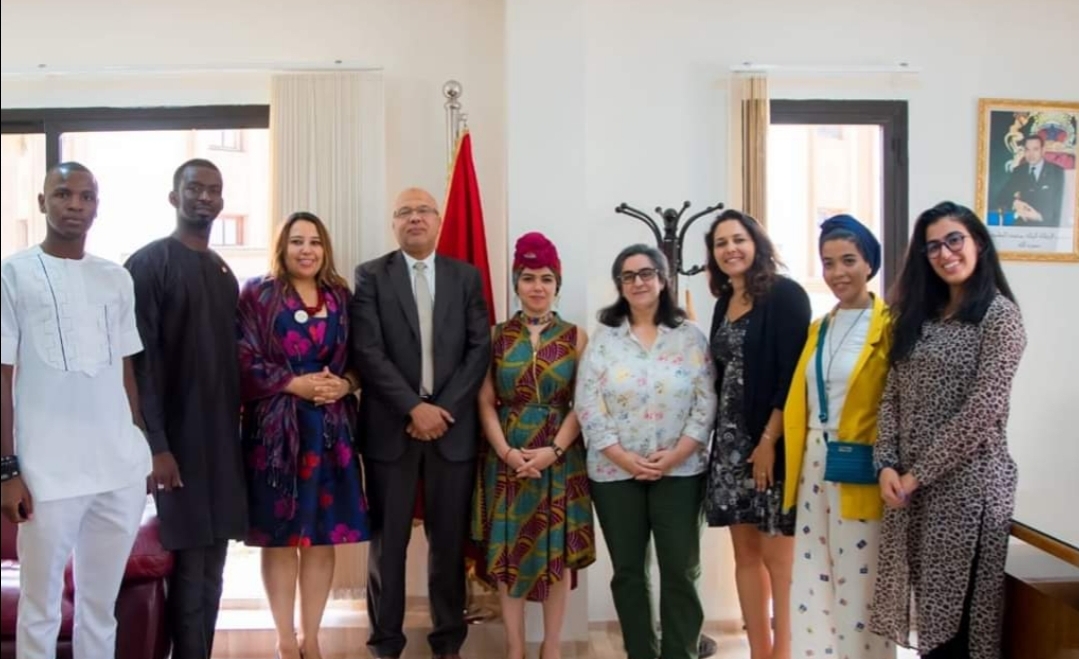 Chebbi during the visit met with the United Nations Economic Commission for Africa and learned about their programs which support youth, especially in terms of economic empowerment

The Envoy was also received by the Secretary General of the Ministry Delegate in Charge of Relations with the Parliament and Civil Society to discuss Morocco’s experience in improving legal enabling environment for civil society and the mechanisms the government has put in place to enable CSOs including youth led organizations participate in decision making processes at local and national levels and how this experience could be scaled up to other African countries.

A working lunch was later organized in honor of the Envoy at the Atlas4Dev President’s house to get a sense of Moroccan hospitality.

The lunch was attended by the Ambassador at Large of HM the King Mohammed VI, Mrs Asia Bensalah Alaoui who shared with the Envoy her experience and highlighted the importance of working to bring up the voices of African young men and women in decision making given the fact that more than 60% of the continent population is youth

The Envoy also had a roundtable with youth and women led- organizations which shared their initiatives and aspirations for Africa. Chebbi presented a global idea about her action plan and recommended that Morocco could be an important platform to mobilize youth from North Africa to take part in AU programs.

She commended two initiatives, the 2063 Academy implemented by Atlas4Dev NGO and AfricaMyHome, implemented by the International Center for Diplomacy and called for scaling up the initiatives across the continent. 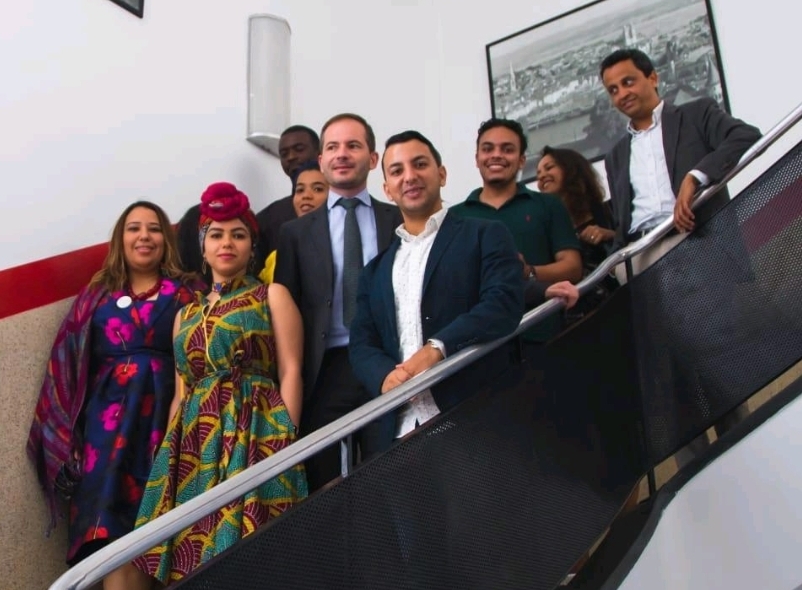 The 2063 Academy raises the capacity of youth to understand the challenges and opportunities of the implementation of the African Union Agenda 2063.

AfricaMyHome is an initiative that aims at empowering African leaders to identify their own development issues and seek their own local sustainable solutions while leveraging international partnerships. The Africa My Home was launched during the Pan African Humanitarian Summit and Awards held in Morocco in 2018.

The Moroccan delegation that accompanied the Envoy include Karima Rhanem, President of the International Center for Diplomacy (ICD), Hatim El Otmani, president of Atlas4Dev, Meryem Agadi, ICD Director of international partnerships and several youth ambassadors of the 2063 Academy. 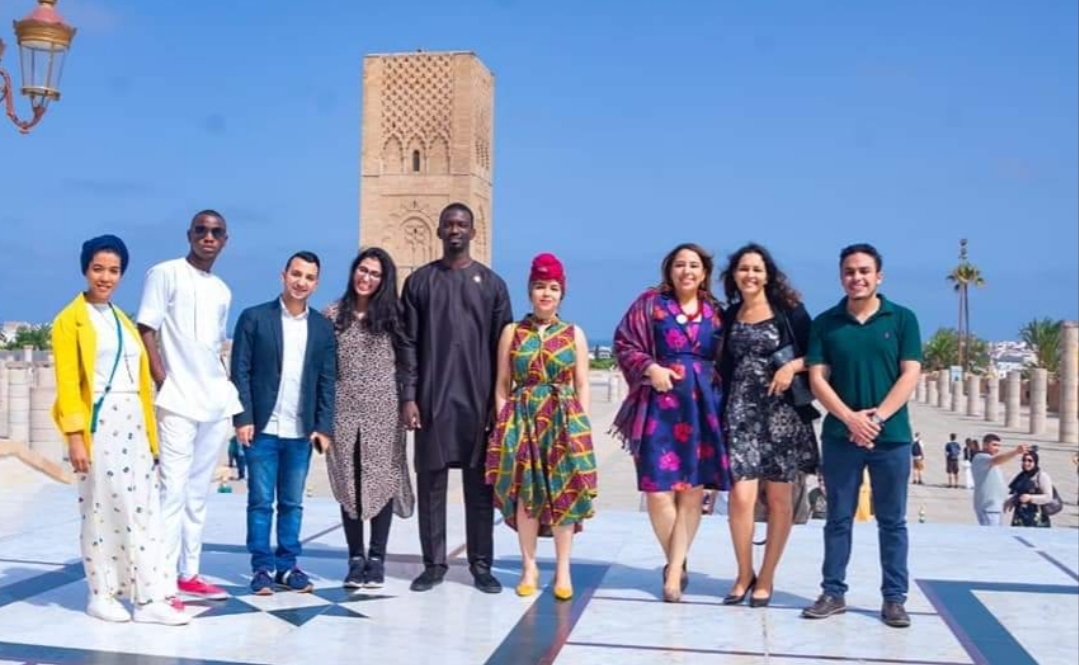