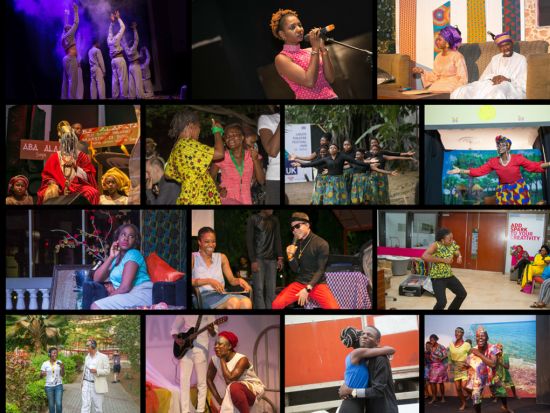 The British Council recently organized a colourful  reception to mark the formal closure of the UK/Nigeria 2015-16.

Founded in 1934,the  British Council is the UK’s international organisation for cultural relations and educational opportunities. The council creates  friendly knowledge and understanding between the people of the UK and other parts of the world. Using the UK’s cultural resources it makes robust  contribution to the nations it works with – changing lives by creating opportunities, building connections and engendering trust.

With eighteen percent of its funding  received from the UK government , British council works  with over 100 countries across the world in the fields of arts and culture, English language, education and civil society.

Nigeria’s  capital city, Abuja  played host to the closing reception of 2015-2016 programme which attracted top government officials including the Minister of Information and Culture, Alhaji Lai Mohammed ably represented by Mrs Grace Isu Gekpe, Permanent Secretary, Federal Ministry of Arts & Culture, notable practitioners in the creative industry and the crème of the diplomatic corps including the British High Commissioner to Nigeria, His Excellency, Mr. Paul Arkwright.

The event  was historic because it was  the first of its kind in West Africa organised by  the British Council.

It had three main goals including the fostering of Innovation – which focused on building digital, technical and entrepreneurial skills and promoting creation of new work by young people in new, non-traditional arts spaces; Increasing access to the arts focused on presenting art in public spaces to promote community engagement with arts and culture. It also built capacity and relationships to stimulate artistic collaborations between Nigeria and the United Kingdom.

The programme engaged young Nigerians (aged 18 – 35) by building new audiences for UK and Nigerian arts and culture and ran from September 2015 to March 2017 in several cities across Nigeria including Lagos, Calabar, Abuja, Kaduna, Abeokuta and Jos, and in the UK in London, Glasgow, Edinburgh, Belfast, Cardiff and Brighton.

With 79 UK and Nigerian partners involved in collaborations facilitated by the programme, over 199,032,000 people were reached face-to-face, online and through broadcast channels. 179 policy makers attended various conferences, seminars, workshops and events, 7,135 artists and creative entrepreneurs  were trained, and 25 people were awarded grants through the programme.

The programme is significant because  it  creates  room for new collaborations and  stronger understanding between UK and Nigerian creatives, better skilled artists and  more audience for arts.

These were attested to through testimonials of participants and beneficiaries of the programme during the closing reception.

The UK/Nigeria 2015-16 Arts & Culture programme was no doubt one of the most audacious programmes in the arts landscape of Nigeria in recent times after the renowned Festival of Arts and Culture held in Nigeria in 1977 (FESTAC).

UK/Nigeria 2015-16 also helped facilitate the signing of a Memorandum of Understanding between the Nigerian and British Government meant to act as a catalyst for transforming the creative industries into a creative economy.

Under the MoU, the British Council is expected to use its capacity, business knowledge, network and technical expertise to drive this development and transformation.