Will it be uhuru for Odinga ? 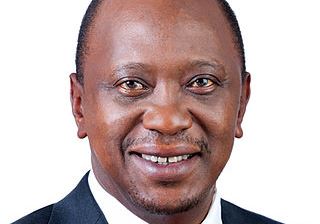 “We have called you today to alert you to one of the gravest developments in the history of our country. We have received damning information and concrete evidence of an audacious plan that the Jubilee administration and the top military commanders have put in place to use force to subvert next month’s election with a rigged outcome”.Raila Odinga,  at a Press Conference, July 28, 2017

The former Prime Minister was very specific as he gave graphic details of how the military would be used to perpetrate  fraud through unholy deployments. The allegation was so damming to the extent that he provided names and phone numbers of the military personnel to be used.

He further alleged that the opposition would be repressed if they dare complain after the election must have been rigged. The military promptly denied the claim.

Odinga’s claim prompted my open letter to President Uhuru Kenyatta reminding him of 2007/2008 post-election  violence which led to the death of more than 1000 Kenyans and his appearance  at the International Criminal Court in The Hague.

The opposition went into the election very well prepared  to checkmate the ruling party from rigging. Interestingly, as Kenyatta began to  lead in the election, Odinga  alleged  massive rigging by the ruling party. According to him, the results at all levels represented  a massive and extensive fraud. He claimed that fake results were being chunked out

Like a statesman, while the opposition members were protesting, Mr.Odinga at a press conference appealed to them to remain calm. However, the deputy opposition leader, Kalonzo Musyoka hinted that the party could call for action at a later date. Opposition members alleged that hackers created errors in the election commission’s database, a claim also made by Odinga

As I stated in my earlier report on Kenya election, one of the opposition figures told me as the results were being released that the process had been compromised.

“This is a flawed electoral process, I am disturbed. Presidential results  are being cooked by Jubilee party then fed on Independent  Electoral and Boundaries Commission (IEBC ) servers” she claimed

But election officials  faulted the opposition. They defended the process stressing that  they were transparent in the conduct of the election. International observers were also on the side of the IEBC. They said the election was credible. However, NASA agents refused to append their signature on the final results

But Odinda would not agree with IEBC that is was transparent. He  also berated  the foreign election observers.  Kenya had received election observers from European Union, Commonwealth, the African Union , the East African Community and United Nations.

According to him, the international election observers rather than being objectives were collaborators in the flawed election. He was even specific about former US Secretary of State, John Kerry

“ I think that the observers have not helped Kenyan resolve this dispute, they have confounded it by giving basically an approval to a fairly flawed process and therefore, I am disappointed with John Kerry and other observers” said Odinga.

The electoral umpire later went ahead to declare President Uhuru the winner of the controversial election despite protests from the opposition. In the face off all these, the former Prime Minister appealed to his supporters not to result to violence.

The man who was believed to have won the 2007 election  given to Mwai Kibaki which  later led to violence and death of hundreds of people never wanted a repeat of the sad event, therefore, he called on his supporters to toe the path of the law.

The maturity  of Odinga fondly called Agwambo (mysterious one) by his supporters in my opinion saved Kenya from bloodbath. He is indeed the hero of the election.  To many, the hero is brave Chief  Justice  David Maraga who has written his name in gold with the historic judgment.

Yes, those who see him as the hero are equally  correct, but if Odinga had not been a man of peace, Kenya would have been engulfed in an unprecedented violence immediately Kenyatta was returned re-elected. That  would have made it even impossible for the court to seat. The former Prime Minister  cautioned his supporters against violence and that did the magic. Why did I call Odinga hero of the election? This is a man who had contested Presidential elections four times.

African politicians have a lot to learn from Odinga to always follow the law in seeking for justice whenever they feel cheated in elections instead of instigating their  supporters. The Judiciary in other countries should also borrow a leaf from the historic judgment in Kenya.

The eye of the world is on East Africa’s economic powerhouse  as the Supreme Court orders a new vote within 60 days. The 4-to -2  court ruling is not only historic in Kenya but also in the whole continent, therefore Kenyans must prove to the world that they are politically matured by shunning any act of violence as they prepare for another election.

However, I will advise  President Uhuru  Kenyatta to  exhibit the spirit of good sportsmanship and act like a true leader. I am worried about his comments after the court ruling where he was quoted to have said about the Judges ‘’They have been paid by white people and other trash. Let’s move on, but they will know we are also men”

This statement is not only inciting but it is equally funny. Funny in the sense that when the international observers claimed that the election was free, he didn’t accuse the white of paying anyone but now that the tide has turned against him, he is singing a new song.

I still want to remind President Kenyatta that Kenya and indeed Africa is tired of bloodbath, he should therefore respect the wish of the people and the Judiciary which is the last hope of those seeking justice. Should he set his country  on fire, the fire in The Hague, that is International Criminal Court, is readily available to also consume him.

Odinga should also maintain the maturity he has  displayed so far  and equally be reminded that The Hague “is not too far” from Kenya.

As the world waits patiently  to see who triumphs  between Uhuru and Odinga, the question is, will it be uhuru for Odinga  this time around? Time will tell.