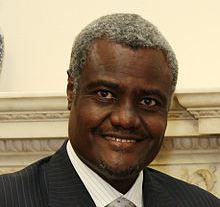 The African Union (AU) says financial strain, inadequate force enablers and multipliers, are among the major challenging situations facing Africa in its efforts to ensure peace and stability on the continent.

Speaking to the UN Security Council, Smail Chergui, AU Commissioner for Peace and Security, noted that conflict prevention remains the most cost effective conflict management tools but yet the least resourced.

He said over the last decade, AU has authorised the deployment of more than 100,000 uniformed and civilian personnel, many of whom are deployed in some of the most high risk and volatile environment.

“This has come at a huge cost to human lives.

“It is noteworthy to mention here that the number of casualties by African troops in peace support operations in the last decade exceeds the combined casualties experienced in UN peacekeeping missions over the last 70 years.

“This is a compelling reality to demonstrate the commitment of Africans and the African Union to durable peace and stability on the continent,” he said.

“In spite of these sacrifices and commitment, African troops are faced with some of the most challenging situations due to inadequate force enablers and multipliers, as well as financial resource gaps,” he said.

On July 13, the AU Peace and Security Council declared that the AU mission in Somalia (AMISOM) had successfully achieved its mandate over the last decade on the basis of a recently concluded study by the AU Commission.

Yet, he said AMISOM remains the least resourced mission in comparison with other deployed regional or international enforcement missions with similar mandates.

He has commended China for its support to Africa’s peace and security, especially the support to the Africa Standby Force and AMISOM.

“I am delighted to make this presentation to the Security Council under the Chinese Presidency whose contribution to peace and security in Africa has been invaluable.

“Let me recall the donation of 100 million U.S. dollars support provided for the enhancement of the ASF and its regular contribution to AMISOM for the last years, to name few,” he said.

Curbing the Unceasing Violence in Africa

How I introduced Suya in the Netherlands - Nigeria’s food Ambassador