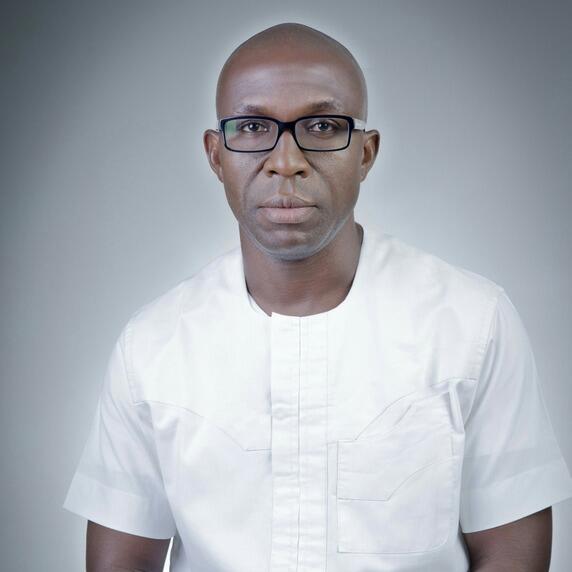 What a difference a day can make in the determination of destiny. When our four primary protagonists awoke on this appointed day, Haman was agog with influence and power and sought a license to kill. The lives of both Mordecai and Esther, was in the balance. And, although the king had made an important and consequential decision in Mordecai’s favour, he did not know that Esther, his queen and Mordecai, the man he sought to honour, were under a sentence of death as a result of his decree. None of the players knew or grasped how profoundly life altering the day and their part in it was to be. Observe then, dear readers, the conclusion of the events of this most remarkable of days.

The day before, Haman was basking in the reflected glory of an exclusive invitation to the queen’s banquet. He plotted the death of Mordecai and looked forward with ostentatious familiarity and entitlement to another exclusive banquet the next day. And now, the time he looked forward to had come. However, his anticipation had turned to dread, his joy to ashes. The premise of preeminence and superiority upon which he operated up till only a matter of hours before had been eviscerated. Reality has been altered right before his eyes. Not only was he an observer, he actively participated however inadvertently in the enterprise. His words had been used to advance and honour another, his mortal enemy no less, at his very expense. He was in no mood for a banquet, exclusive or not.

And yet, an order from the king consequent upon an invitation from the queen was not to be ignored. So Haman and King Ahasuerus came to the second banquet on the second day. This was a more businesslike and brisk affair. The mood was certainly less sanguine than the one that obtained the night before, and things were about to get even more serious. Certainly, the events of the day cast a long shadow over the proceedings of the evening. Other strong variables were at play as well. Esther had kept the king in suspense as regards the reason for which she risked her life to seek audience with him, and had reestablished a rapport with the king whom she had not seen for thirty days. Tonight, the central contention of the narrative was to be settled.

Once again, this time for the third time, King Ahasuerus asked the queen to make her request. This time, Queen Esther obliged. Her words were well chosen and its effect on the king was highly effective. She began by appealing to the king’s favour. It was not an idle appeal. She had spent the better part of two days deliberately cultivating it. She then proceeded to plead with the king for her life. She explained to the king that she and her people had been sold and condemned to die. She strengthened her argument further, by making an important distinction, which highlighted the extreme nature of what was about to befall her and her people. She implored the king, saying that, had it been that she and her people were to be sold as slaves, she would not have considered such a terrible fate enough justification to trouble him.

By pleading with the king to spare her life, Queen Esther, effectively took the matter from the general realm of law and policy to a more dynamic and deeply personal dimension. Rather than seek the welfare of her people, primarily, as a matter of good policy and justice, she personalized the matter to good effect. Her comportment and manner of speech was highly dramatic, emotionally apt and powerful. Three days of fasting and prayer went into that evocative request. This was not the sort of thing a queen could do in the king’s court with everybody standing around and watching. Nor was it something that could be rushed or requested for lightly.

Propelled by the queen’s emotionally charged plea, the king asked her in turn to name the person who dared to do such a thing. Following the king’s prompt, Queen Esther called out Haman the Agagite, as her adversary and enemy. Her foresight and design in inviting Haman to the banquets became clear. The trap had been sprung. Haman was caught flat-footed. He was unprepared for this. Nothing in the plotting and calculations he had painstakingly made regarding the Jews, could account for this situation. Haman’s disquiet escalated to outright fear and terror. King Ahasuerus shot up from his seat in fierce anger and went into the palace garden. It was all too much for him to contemplate sitting down.

Just then, the full ramifications of Haman’s plot and the decree he had made at Haman’s behest struck home with full force. The king also began to grasp the duplicity and deceit behind Haman’s advocacy for the decree in question. That neither the king nor Haman knew of Esther’s Jewishness up until that night barely registered, except to amplify the evil Haman intended. Not only had the king been duped by Haman, the manner in which those machinations had been revealed had embarrassed him personally. Some of the king’s thoughts as he paced around the garden must have bordered on the surreal, as he pondered with mortification that he had signed a decree under which the life of his queen was forfeit, on the advice of a man he had himself elevated. It called his judgment as king into question. In that moment of reflection, the king may have wondered how far reaching Haman’s ambition was. If his own queen could be so afflicted, might Haman not set his sight higher still?

Back at the banquet table, the ground had fallen off beneath Haman’s feet. Just a moment ago, Queen Esther had begged the king for her life. Now, it was Haman’s turn to plead for his own life. Interestingly, he begged not the king but the queen. The irony here is stark and extreme. Esther, whose life was forfeit by Haman’s design, was now in the position to save Haman’s life. Or so it seemed to Haman. One wonders why Haman did not appeal to the king directly or defend himself to his principal. Perhaps, he realized instantly, when the queen implicated him that any chance he had to influence the king had vanished. It is very likely that the king’s countenance communicated as much. Haman realized in that instant that he had lost his title, influence and power. He made an instant calculation that the best chance of leaving the banquet with his life lay with the queen. So, he besought her.

If one were to hazard a guess as to what Haman was saying to the queen in his defense, a full throated and abject revisionist plea would have ensued. He would have claimed vigorously that had he known of the queen’s origins, he would not have dared sponsor nor urged the king the issue the decree. ‘Had I known’, the common refrain of those who are caught in perfidy. Alas, mischief-makers for all their cunning are not blessed with perfect knowledge. Where and when superior knowledge and strategy is introduced, they fold. It is circumstances like these that force the conscientiously cunning like Haman to deny and decry the plots and machinations that they once deliberately and publicly fomented. This was now Haman’s predicament and fate. So overcome with fear and desperation was he that he fell on the couch upon which the queen was reclining – an almighty breach of royal protocol.

It was in this state of undignified repose that the king met Haman and the queen upon his return from his grave reflections in the garden. Confronted with this spectacle, the king spoke for the first time after hearing the queen’s impassioned plea, and sealed Haman’s fate. He mused aloud as to whether Haman was in the process of forcing himself on the queen even in his presence. While the king may not have spoken regarding what in actual fact was happening between Haman and the queen, he spoke to his own state of mind regarding Haman. Once those words left the king’s mouth, Haman’s face was covered. Haman, in his desperation had cost himself his life.

Upon hearing the king’s pronouncement, Harbonah, one of the king’s eunuchs, piped up with a most relevant bit of information. Apparently, the knowledge of the rash initiative of the night before, the building of the gallows to hang Mordecai thereon was in the possession of this eunuch. Perhaps Harbonah was part of the party of eunuchs that went to Haman’s house that evening to convey him to the banquet and while there, saw the gallows and apprehended for whom it was intended. For the king, it was another helpful piece of information as regarding Haman’s rapacious designs. To wit, the very man the king had just honored that same day for saving his life, was also in addition to the queen, a mortal target of Haman. The king, speaking for the second time, commanded that Haman be hanged on the gallows. So it was, that in a narrative that piled up one irony after another, yet another bit of dramatic irony was added. Haman was taken and hanged on a gallows of his own construction, in his own house, that he had originally intended for Mordecai.

All in a day’s work.

Sharing Birthday with a fool