This is not a fiction story or something patched up to make a good reading, rather it is a true life story, my encounter with a laughing dove, an experience that will remain with me for the rest of my life. I have had different encounters with human beings and I can say without any fear of contradiction that human beings are generally unreliable and unpredictable. The only thing you can probably predict about the character of an average man is his unpredictability. 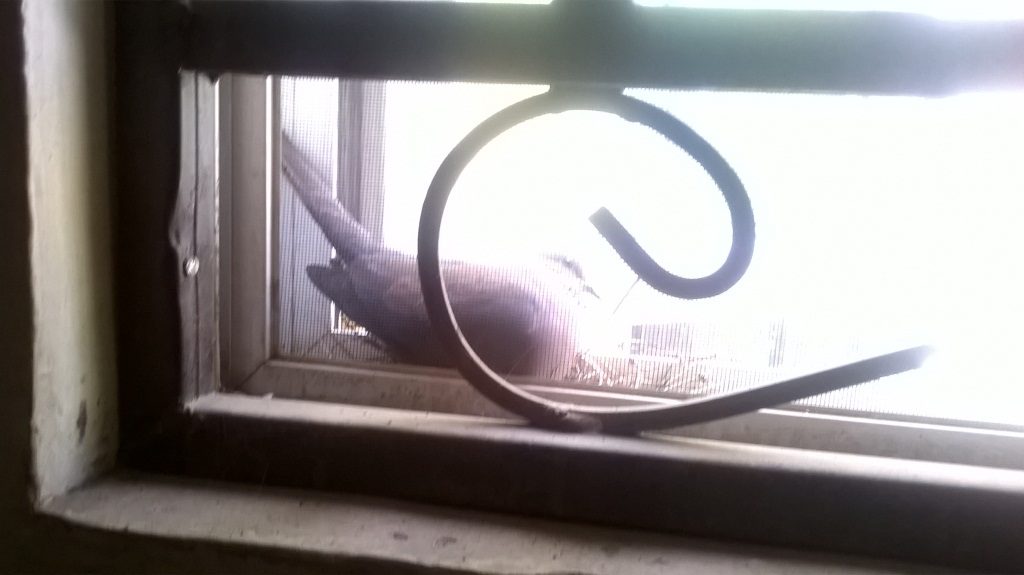 I must confess  that I have not  been advocating for the rights of animals ,but let me also say that  I have done a few features in the course of my journalism career where I made it clear that most times , I do wonder whether animals are not better than human beings in terms of care. I did a piece titled ‘’Between Man and Animal”. In that particular article, I made it clear that animals do not kill themselves the way human beings do. However, I remain grateful to God for creating me a human being, though the heart of man is full of wickedness and evil.

How do I know that the heart of man is wicked? Very simple .The stories we read on daily basis across the globe are basically those of man inhumanity to man, stories of killings, war, man-made disasters, fighting, destruction and other bad things. 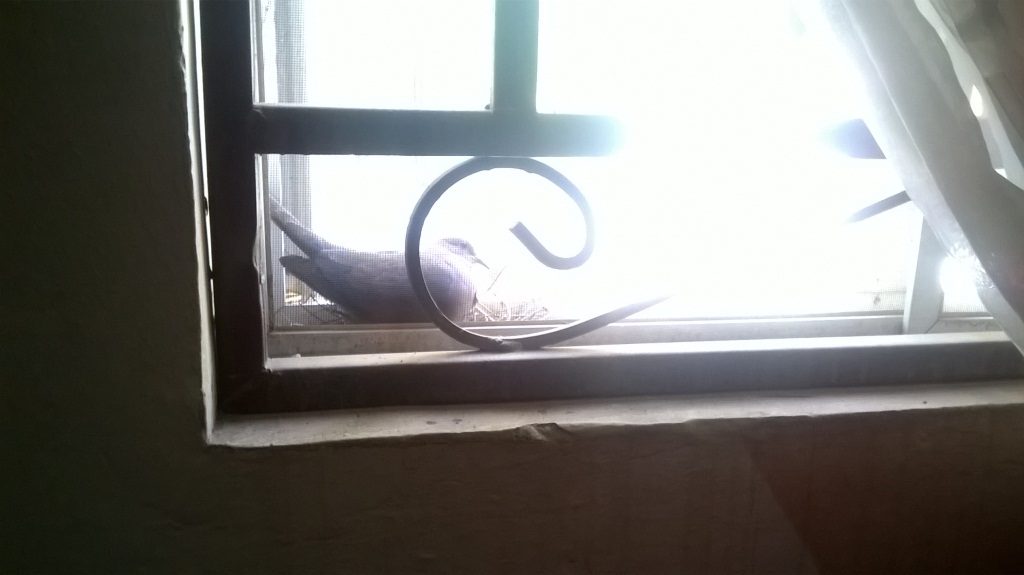 Back to my encounter with a dove, sometimes last year, a young man who was living with me in Abuja, Nigeria  drew my attention to a fledgling  which  was struggling to fly just on my window. He told me that once the bird is thrown into the air, it would fly, but I was too busy to find out what he eventually did with the baby bird because I was rushing to the office.

The man later left my place to live with his friend in another location in Abuja. However, few months after the man left, I noticed a dove on my window right at the back of the net. I moved towards it thinking it would fly but I was wrong. The dove stayed put and that made me to become curious. I moved closer again and it didn’t move and I became even more surprised. Could this laughing dove have died on my window? I tried to slide the net and I noticed the bird shook its body a bit but never left the spot. I made an attempt to catch it, yet it didn’t fly. It was at that point that I realized that the bird was sitting on its eggs. I went out and when I returned, I didn’t find the dove on the spot but its eggs. 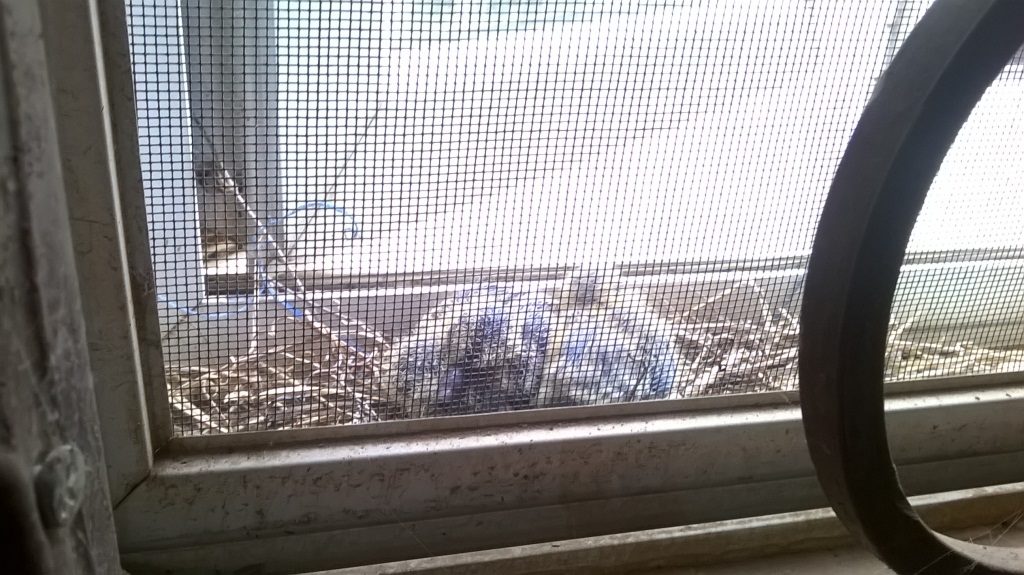 I thought of using a stick to throw the eggs down from the window and clear the dry grass on which the eggs were laid.  Another voice cautioned me that what I wanted to do was wrong. What will you gain by doing that the voice told me, so I left the eggs. About ten minutes later, the dove came back and sat on the eggs again. Then I began to study the dove. Sometimes, I would deliberately bang the toilet door close to the living room but the dove would not leave. At times I would slide the net to see what would happen but the dove refused to leave because it valued her eggs. The Laughing dove would not fly away even at the risk of being captured or killed by me. As I daily observed the dove, another voice came to me telling me that my country and I ought to learn   a lesson from the attitude of the dove. I continued monitoring the bird. Later, I discovered that the eggs have been hatched though I never had the opportunity of knowing how it was done. Even when the eggs had been hatched, the dove was still protecting its babies and would not feel intimidated whenever I moved close. When I drew very close to take shots with my phone, it never felt threatened. When the babies were matured enough, they left my window and I felt happy within myself that I didn’t throw down the eggs from the first floor. 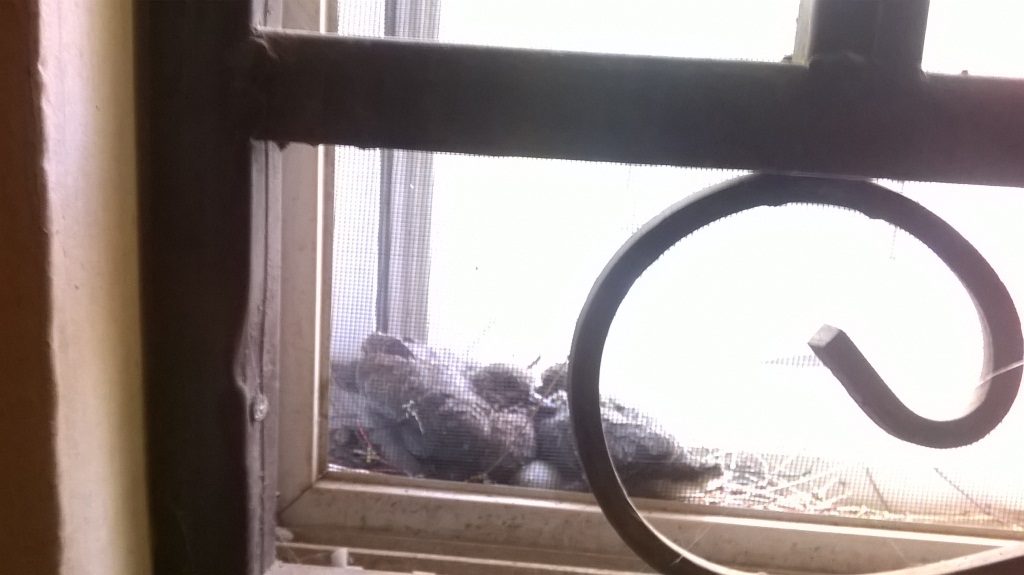 It is no more news that human life has become two for a dollar in Nigeria; killings by “unknown gunmen” have become part of daily life due to the ineptitude of successive administrations in the oil rich country. To be a rich man in Nigeria is to be open to attacks and to be poor is a course, so no matter the status of a Nigerian, security is a big challenge. The fight against insurgency has become a battle without end because that is where some people are making their money from even as some unpatriotic Nigerians have been feeding fat on the internally displaced persons when in fact they are supposed to  be protecting them. You can now see why the dove is better than some human beings?

The harvest of deaths on daily basis without a trace of the perpetrators in most cases is an indictment on the part of the government and other leaders in the country, be it political, military, Para-military and religiously leaders. Instead of the leaders to protect the people, they have left them to carry their cross.  Many of the followers too are as bad as the leaders, they engage in armed robbery, ritual killings and other forms of life threatening crimes.

Human life is sacred. No one has the rights to take another person’s life; instead we should be protecting ourselves as Nigerians. Like the dove on my window, we should be ready to lay down our lives not only to protect our nation but also our fellow human beings.

As a nation, we have a great lesson to learn from this dove and I want this true life experience to sink into the hearts of my countrymen and women as well as other Africans. Life should not be about self and self alone; we should always walk on the path of saving  lives instead of taking them.

Some might be quick to say that few animals kill and eat themselves, yes, which is why they are called animals.