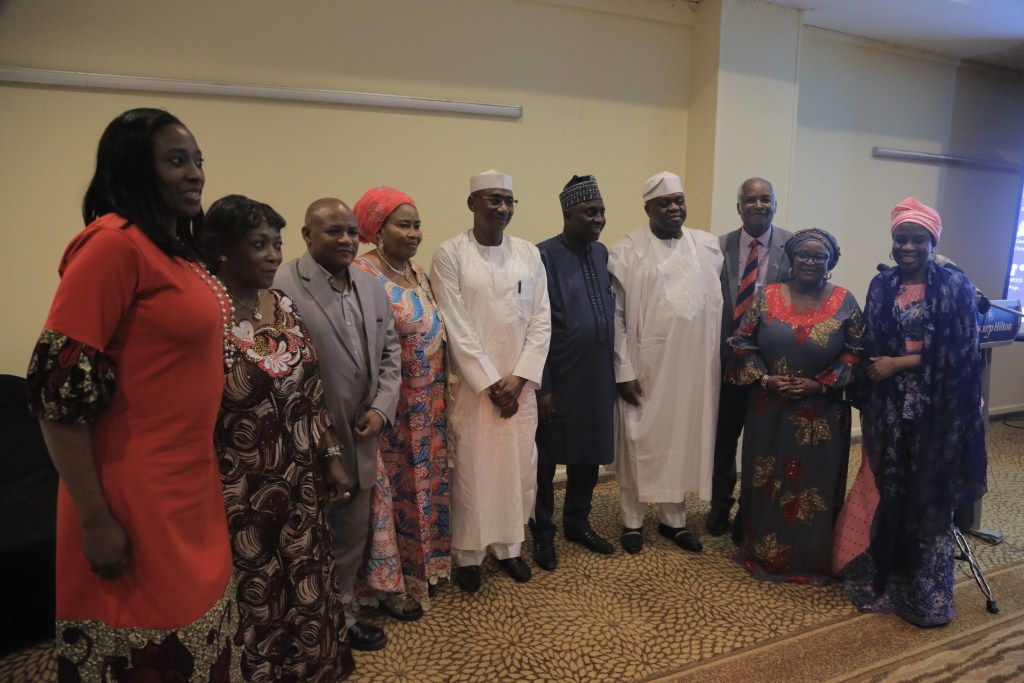 Health Advocates, Health Policy Plus , Legislative Network for Universal Health Coverage and  other health stakeholders in Nigeria have reviewed the health sector under the 8th  National Assembly commending Chairman Senate Committee on Health, Dr. Olanrewaju Tejuoso and the Deputy Chairman House Committee on Health, Hon. Usman Muhammad for the roles they have played in the progress recorded in the health sector in the last three years even as Health Advocates  cautioned against  overpopulation  in the country. Nigeria has a population of about 200miillion people.

The Chair National Advocates for Health, Professor Oladapo Ladipo in his remarks at an event to honour the two lawmakers   in Abuja commended the 8TH National Assembly for ensuring the appropriation of Basic Health Care Provision Fund (BHCPF) in the 2018 and 2019 budgets as well as passing the legislative framework that will make Health Insurance mandatory in Nigeria.

He said further “The National Assembly for the first time appropriated money for the establishment of Catastrophic Health Fund (CHF) which will support the financing of the top three cancers in Nigeria; Breast, Prostate and Cervix. This is available for only the poor and vulnerable”

His words:’’ Consistently over the last ten years, health budget as a percentage of the total national budget lingers between 4%-6% including this year. This is a call for concern as Nigeria is far from reaching the Abuja target of allocating 15%of its national budget to health.

“An example is Rwanda whose government is allocating 16% of national budget to health and has promised to increase it to 17% by 2020 with visible improvement in the quality of healthcare services.”

According to Ladipo, while it is commendable that N51.22billion is allocated for BHCPF in 2019 budget, “it is still as practiced in 2018 captured under service wide vote and not as statutory transfer as the National Health Act prescribed. This makes the budget provision weak with potential for not getting full release and delay in disbursement as we witnessed in 2018”

Professor Ladipo however cautioned against overpopulation in Nigeria.

“By 2050, our population will be third largest in the world greater than that of USA. Today’s reality is that our huge population is impacting adversely on the quality of life of our citizenry, poverty is endemic and for many families, the only legacy for their children is poverty. For many also, the nexus of joblessness, hopelessness, frustration and abysmal poverty is a recipe for radicalism and violent extremism. Kidnapping is the order of the day; ritual killing and anti-social behavior are perpetuated daily”

He said government should urgently support population moderation not only through policy documents but through timely adequate provision of funds for reproductive health, maternal, neonatal and nutrition programmes.

“Access to safe and effective family planning methods is human rights issue and the best strategy to reduce the appalling maternal, neonatal and child mortality and morbidity. If we fail to stabilize population, it will be done for us by nature and it will be done brutally and without pity.

“Let us act quickly without delay. Family planning is central to economic development and by moderating the population growth, we can take advantage of the demographic dividend as done by many Asian tiger countries.” He advised.

Speaking in the same vein, a stakeholder in Nigerian health sector and Senator-elect, Dr. Ibrahim Oloriegbe traced the security challenges and other vices to over population stressing that something urgent needs  to be done about it.

Oloriegbe commended the two National Assembly members for the positive roles they played in the health landscape adding however that the utilization of the Basic Health Care Provision Fund must be tracked by stakeholders in the health sector.

Earlier in his welcome remarks, the Coordinator, Africa Health Budget Network, Dr Aminu Magashi Garba said the CSOs are committed to repositioning of the health sector and would engage the 9th National Assembly in order to put members on their toes so that they can build on what the 8th National Assembly has done.

Dr. Olumide Okunola chronicled what the 8TH National Assembly members have done in the health sector submitting that they have raised the bar in the sector.

Speaking in the same vein, Development Governance international Consultant, Dr.Gafar Alawode said in the past, there was disconnect between health stakeholders and the parliament. He however commended the 8th National Assembly for their good working relationship with the stakeholders.

There were goodwill messages from WHO, USAID, Health Policy Plus,, DFID and other development partners.

Senator Olanrewaju Tejuoso and Honorable Usman Muhammad in their remarks thanked the organisers for honouring them. They promised  to continue to work for the advancement of the health sector .