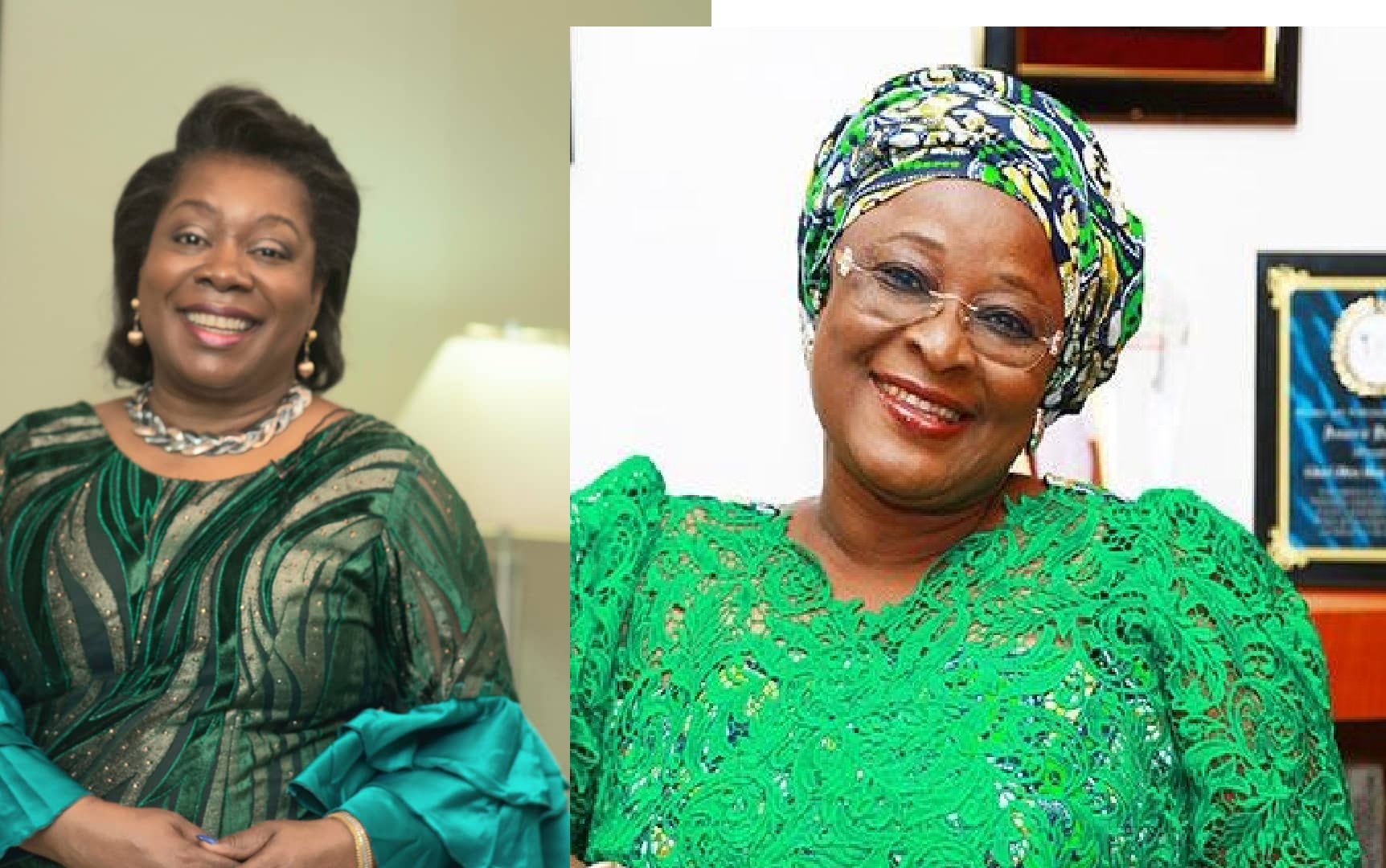 In March this year, two Nigerian young men produced a video that lasted just 29 seconds where one acted as “Ebola” and the other as “Corona”.  “Ebola” called “Corona” to find out where he was and “Corona” said he was in Nigeria.

Shocked by his location, “Ebola” told “Corona” that he was in a wrong country and predicted that he would be turned to songs, comedy and also be ridiculed if he doesn’t leave Nigeria. The short video opened the floodgate for all manner of messages on covid-19, most of which are misinformation and outright fake news about the disease and its handlers in the country.

To some Nigerians, even the educated ones, covid-19 is real in the western world but an avenue for those in government and their cronies to make money illegally in the country. The reason for this misconception is understandable to some extent. The economic situation of the country coupled with high level  corruption in the three tiers of government have  made many to lose faith in their leaders, therefore, they don’t believe anything they tell them, even those things that have to do with their safety and wellbeing.

It is therefore not surprising that almost everyone has become a “doctor” since the pandemic started, with many sharing all manner of false information on the social media which are being consumed by unsuspecting members of the public, and which in turn has led to untimely death of some Nigerians.

The government and the media have made concerted efforts to let the public know that covid-19 is real but many still would not believe while some who believe see it as a disease of the elites; therefore, convincing them that covid-19 is real and that it doesn’t know race or economic status has become a big task.

It was in the light of this that Chestrad Global and International Society of Media in Public Health (ISMPH) recently held a Webinar which attracted the World Health Organisation (WHO) Representative in Nigeria, the National Coordinator of Presidential Task Force on covid-19, health personnel, media, CSOs, academia and other stakeholders to address covid-19 infodemic that has caused much damage not only in Nigeria but the world at large.

Speaking during the webinar with the theme:” COVID-19 infodemics:The Tsunami of the pandemic” the WHO  Representative to  Nigeria , Dr. Walter kazadi  Mulombo  said the world body was committed to curtailing the spread of the virus as well as making information on the virus available in the public space adding however that everyone has a role to play in curtailing the spread of the virus.

His words” It has become clear that everyone irrespective of the location on the globe has a role to play in infodemic response. To achieve the desired goal, WHO has made information management a priority across all regions of the world.”

As part of efforts to get correct information to the public, he disclosed that the organization’s communication team launched a new platform called WHO Information Network for Epidemics in addition to holding regular press conferences with information shared in many languages across the globe

Walter charged journalists to always get the correct information across to the public stressing that they should be accurate and responsibly in their reportage in order to promote public health.

He revealed that WHO is monitoring global conversation on covid-19 adding that it also partners with Facebook, Tweeter, instagram and other platforms to disseminate correct and accurate information to people across the globe.

Other efforts according to the WHO Representative include the launch of dedicated messaging services in Arabic, English, French and Spanish to keep people informed about corona virus

In his own paper, the National Coordinator of the Presidential Task Force (PTF) on covid-19, Dr Sani Aliyu gave historical background of covid-19 and the Taskforce which he traced to February 27, 2020, when Nigeria announced that an Italian citizen in Lagos tested positive to corona virus which led the federal government to inaugurate the PTF which drew membership from the ministries and other government agencies including the security services.

He explained  that the airports were closed to prevent more people from bringing the virus to the country and also prevent the spread of COVID-19 ,which was followed by a lockdown and easing of the  lockdown  which started in May.

According to him the federal government through the Task Force has done so much to prevent the spread of the virus and would continue to do that.

‘’ We have worked hard to increase the capacity of our laboratories, we have at various times closed schools, worship centres , entertainment centres,  all with  the aim of preventing the spread of the virus. We have increased the capacity of our testing, but this is not still enough” he said

In her presentation, the lead discussant, Dr.Lola Dare, President, Chestrad Global said infodemic has affected Nigeria and needs to be addressed. According to her, infodemic makes passing of the right information to the public very difficult because people will not be able to know which to believe

According to her, the virus is not playing itself the same way in different countries “even in Nigeria it is not consistent, which makes people to see it in different ways, with this and infodemic, it becomes difficult to differentiate between fact, myth and opinion from  what are  being fed the public”

“No country’s health systems was ready, in all countries, we begin to see that it’s competing with chronic iniquities, the haves and the have-nots.  In our country ,we told them they have to lockdown , they didn’t see a disease , they only saw isolated isolation centres  where there were no people there; well because we have to protect the identity of patients, and then we saw travel restrictions which interrupted all supply chain systems; when we  add all these together, hunger became a greater threat than the disease in the reality of people to their day to day life”

Lola enjoined the media and indeed Nigerians to always check their facts on information concerning covid-19 adding that each infodemic reaches 7.8 billion people in less than one week.

Another  Health expert, Dr. Bimbola Ogunkelu spoke on the need to carry religious, traditional and  community  leaders along if infodemic is to be defeated stressing that  people are confused  at the community level with information they are getting about the virus.

On his part, Dr. Ayodeji Akande revealed that infomedic has had a negative impact on people at the community level psychologically. Speaking on the impact of COVID-19 on social security, Dr. Gafar Alawode disclosed that the pandemic has driven many people into poverty and also led child abuse and other social problems.

In his paper, the Director- General of National Orientation Agency, Dr. Garba Abari noted that covid-19 pandemic has affected the whole world adding that the media should be factual and tell more of human-interest stories

According to him, Journalists should also put into consideration the culture of the people in their reportage so that the message can be understood well by the people stressing, “People must be spoken to in the language they understand”

He argued that most Nigerians are aware of the existence of covid-19, adding that what is needed is behavioural modification.  Abari however charged the media to do more and re-strategise so that the information they are passing to the public could be more acceptable.

Speaking in the same vein, the Director General of the Federal Radio Corporation of Nigeria (FRCN) ,Dr . Mansur Liman observed that most Nigerians are aware that covid -19 is real, but living in self-denial. He however said this should not discourage journalists, urging them to continue to do their work diligently.

Liman who argued that some Nigerians deliberately break covid-19 protocols said those who do that must be sanctioned.  Just like the Director- General of NOA revealed, Liman disclosed that FRCN has done so much to pass the right information on the pandemic to the public.

Also speaking at the webinar, the Director-General of Nigerian Television Authority (NTA) Yakubu Ibn Mohammed, represented by the Director of News, Halima Musa, disclosed that the television station has been facilitating the observance of covid-19 protocols through its progrmmes, messages and news items. According to Yakubu, at the initial stage, there was the challenge of accessing right information about the pandemic,

According to the Director-General, apart from organised control visit to isolation centers by NTA reporters, the station has also been hosting covid-19 survivors so that members of the public could believe that the pandemic is real.

In her remarks, the Executive- Director of ISMPH, Moji Makanjuola said covid-19 is real and enjoined Nigerians to always follow the path of PTF on covid-19.

The veteran journalist commended participants, for the highly educative webinar adding that the conversation would be a continuum.

” This conversation has just started, we will continue with it, this is work in progress, we are going to make it monthly or bi-monthly” Said Makanjuola.

On the next step, Dr. Lola said: “we will continue to have this discussion and see how we could set up covid-19 Infordemics Management Network with citizens at the center of our communication”

Between a pompous former Minister and a “stupid” Journalist