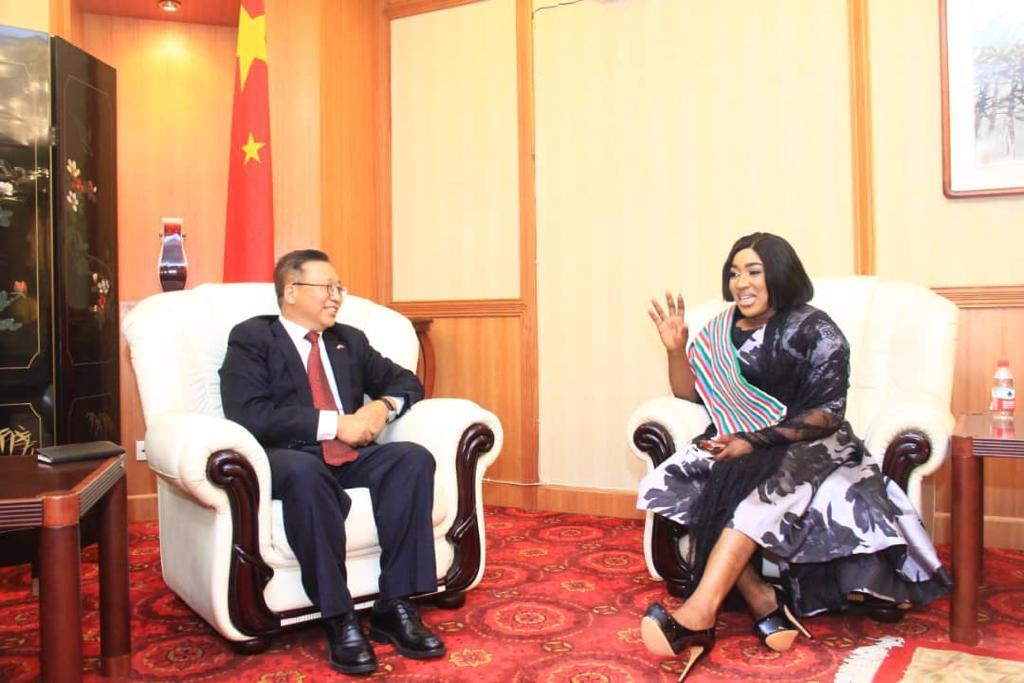 Chinese Ambassador to Nigeria, Cui Jianchun has called on the authorities in Nigeria to imbibe the culture of giving women the opportunity to occupy higher political offices and policy making positions in the country even as the National Women Leader of the All Progressives Congress (APC), Dr. Betta Edu, continues her advocacy for women seeking elective offices in the 2023 general elections with a call on the Chinese government to deliberately draw up support as the country’s contributions towards deepening democracy in Nigeria.

Speaking at a roundtable hosted by the Chinese Ambassador to Nigeria, Cui Jianchun tagged “Building China- Nigeria parties consonance performing Nigeria-China symphony”, Betta noted that Nigerian women have played significant roles in governance. She however believes that more could be done.

In this regards, she said women’s capacities can further be enhanced if they get the needed support from both the Chinese government and other developmental partners.
The women leader said her party would continue to mainstream women and give them the opportunity in governance and nation building.

Her words “It is very important to note that several women in Nigeria have played very significant roles in nation building but this can be improved if we are supported. It can be better if we are given a voice at all levels; from the grassroots all the way to the top and of course as it concerns every policy and decision made, giving us that place on the table to make our inputs.

“We are going into the next general election and we want China to support women in the various parties that are running to emerge victorious in their elections.
“As we go into the next phase of development as a country, we seek specific assistance in providing jobs, educational programmes, and scholarships that are directly targeted at women, giving them their rightful place.

“I want to appreciate this giant stride and move by the Chinese government to create a Nigeria-China symphony. It is one that will help in experience sharing, strengthening the bond between both countries and it can deepen our reforms as well as our democracy.

“Today, we are looking at the communist party of China which is over a hundred years and has contributed immensely to building the economy of China, to making China the fastest developing country in the world and of course, as well as fighting corruption and empowering women and youth in their country.

In his remarks, Ambassador, Cui Jianchun, disclosed that in China, several governors are female and many are in different positions of leadership. He called on Nigeria to immediately imbibe that culture and support women to emerge as Governors, President, Chairmen, Senators, members of House of Representatives amongst other leadership positions.

“Parties should become more deliberate about ensuring that women are victorious and contribute their quota to national development. Remember, if we must make speed, women must be given their rightful place. I have seen the five plans that have been listed, we want to put the 6th one in your agenda and that number six will be women empowerment and inclusion in deepening of democracy and development.” he said