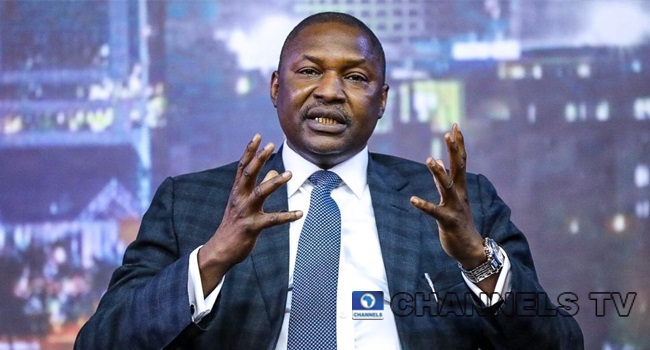 A United Kingdom High Court has thrown Nigeria into a major setback with a judgment dismissing the country’s claim of $1.7 billion against JP Morgan Chase Bank.

Nigeria’s $1.7B claim from the American giant JP Morgan, was over the transfer of $875M proceeds from the sale of Oil Prospecting Licence OPL 245 in the controversial Malabu oil deal.

The UK Court Judge, Sara Cockerill in the judgment held that the Nigerian government failed to substantiate its allegations that it had been defrauded in the case.

In the Nigeria’s suit against JP Morgan, the country claimed more than $1.7 billion for the bank’s role in the controversial deal.

Nigeria alleged that JP Morgan was “grossly negligent” in its decision to transfer funds paid by oil giants, Shell and Eni into an escrow account controlled by a former Nigerian oil Minister, Mr Dan Etete.

It will be recalled that in February this year, Nigerian lawyer, Roger Masefield while presenting the case of the Federal Government had argued that the nation’s case rested on proving that there was fraud and that JP Morgan was aware of the risk of fraud.

“The evidence of fraud is little short of overwhelming,” the lawyer told the court.

“Under its Quincecare duty, the bank was entitled to refuse to pay for as long as it had reasonable grounds for believing its customer was being defrauded.”

Quincecare refers to a legal precedent whereby the bank should not pay out if it believes its client will be defrauded by making the payment.

However in the judgment handed down on Tuesday, the Judge,  Cockerill disagreed with the claim of Nigeria on the issues saying that by the time of the 2013 payments, the bank was “on notice of a risk” of fraud.

“There was a risk – but it was, on the evidence, no more than a possibility based on a slim foundation,” the judge held..

And in a swift reaction to the court verdict, JP Morgan said “This judgment reflects our commitment to acting with high professional standards in every country we operate in, and how we are prepared to robustly defend our actions and reputation when they are called into question,” a spokesman for the bank said in an emailed statement.

The damages sought by the Nigeria’s government included cash sent to Etete’s company, Malabu Oil and Gas, around $875 million paid in three installments in 2011 and 2013, plus interest, taking the total to over $1.7 billion.

The court began hearing in the lawsuit in February this year when Nigeria launched the case against the United States bank, JP Morgan Chase, claiming more than $1.7 billion for its role in a disputed oilfield deal.

The civil suit filed in the English courts related to the purchase by energy majors, Shell and Eni of the offshore OPL 245 oil field in Nigeria, which is also at the centre of another legal action in Italy.

A panel of judges in Milan, Italy, had previously acquitted the two companies and their executives from any wrongdoings following successful denials of bribery last March.

Before the new judgment by the London Court, Nigeria had alleged that JP Morgan was, “grossly negligent” in its decision to transfer funds paid by the energy majors into an escrow account to a company controlled by the country’s former Oil Minister, Dan Etete, instead of into government coffers

The latest United Kingdom court judgment may have vindicated the position of former Attorney-General and Minister of Justice, Bello Adoke SAN that there was no fraud in the controversial Malabu oil deal .

The good omen coming from Kwara State Tourism Board

The courts have vindicated me on OPL 245 yet again - Adoke