My biggest dream is to win Grammy Award – Michelle Thanya 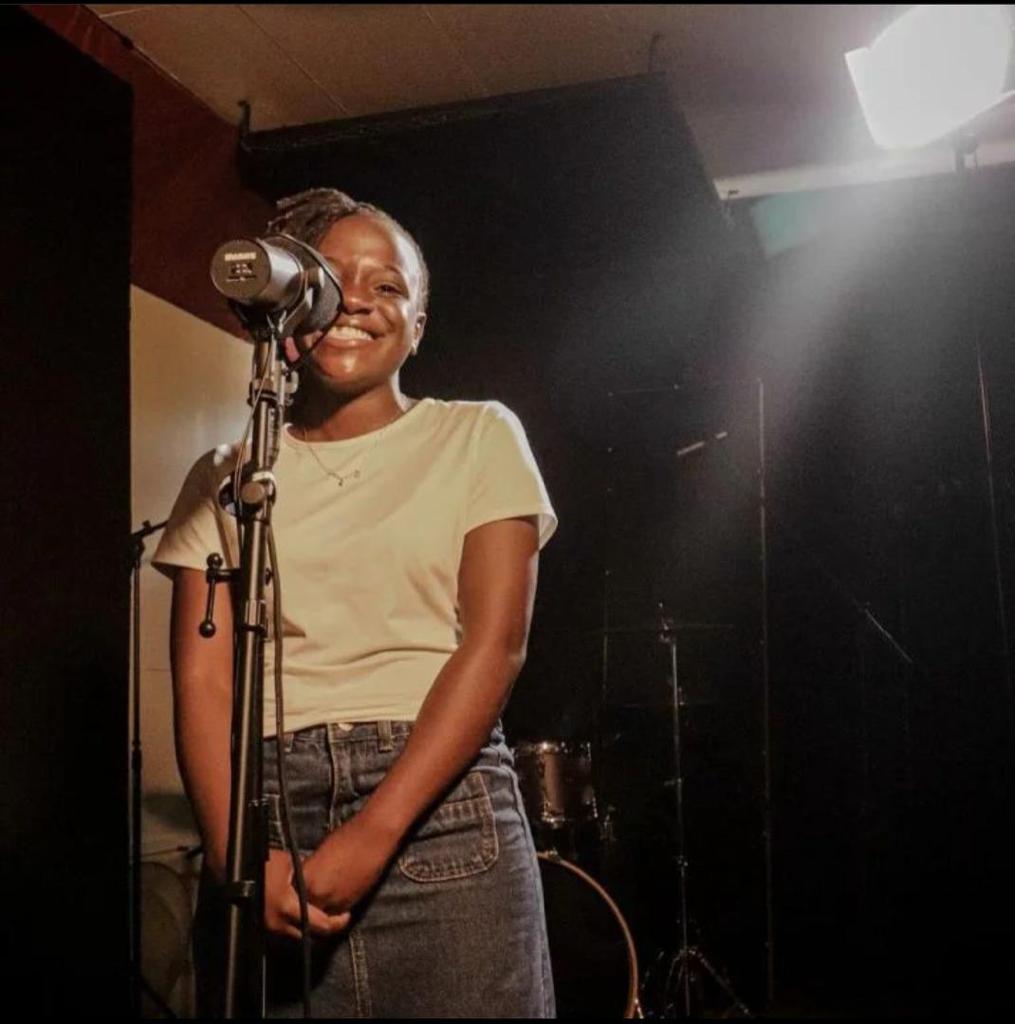 Michelle Thanya Moyo, popularly known as Michelle Thanya is a young Zimbabwean poet, writer, theatre enthusiast, actress and a music manager. She has performed in several Intwasa Arts Festival competitions and they have been a major player in her development as an artist, winning the Intwasa Extra Arts Festival Poetry Slam as the youngest poet, runner up in the Intwasa arts poetry slams for two years, second place in group poetry in the 100girls 100 voices initiative, Champion in the Skyz Metro FM Public Speaking Competition The Bulawayo Junior City Council Annual Day of The African Child Public Speaking Competition two years consecutively. In theatre, she has won best Cameo role in the Intwasa High Schools Drama Competition. In 2021, Michelle starred in a short film ‘’DATE NIGHT’’. The film set to out to educate people about date rape. She has also performed at the Bulawayo Arts Festival under the Bulawayo City Council. Recently, she was part of ‘Project Being Human’, a collaboration of poets, dancers and musicians, all seeking to fuse the three art forms. Aside from Poetry, Michelle is also a lifestyle podcaster in the show ‘’ Thanya Two Cents’’ available on Anchor and Spotify. 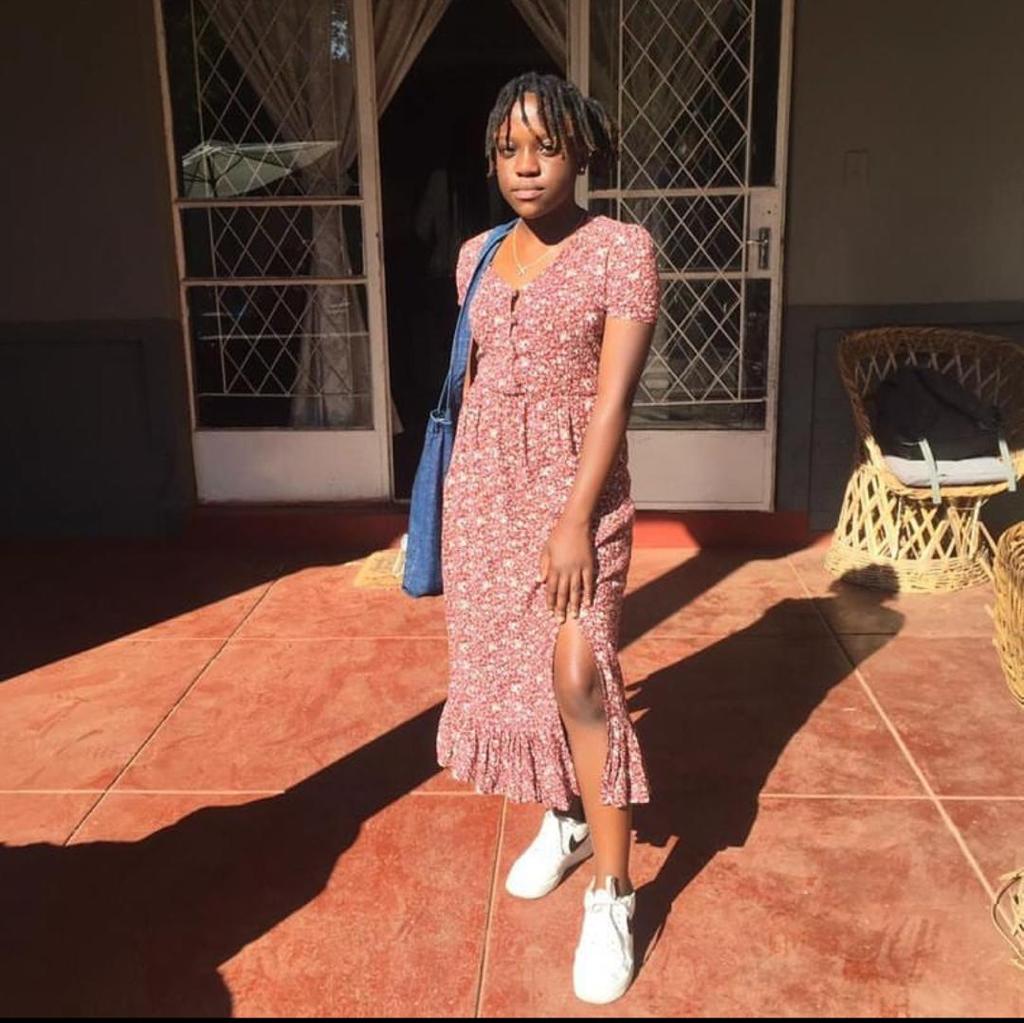 How did you venture into poetry and how supportive are your parents?

One of the reasons why I ventured into spoken word is that I feel it is more important for people to hear my voice instead of them reading and not leaving my work open to interpretation. I fell in love with poetry through Public Speaking.  I was a Public Speaker in high school. I saw an Advert that said they were looking for poets to participate in a poetry slam. I had never done a poetry slam. I went there. I had written a poem which was possibly the first time since 2016. But when I saw other people doing it, I told myself, “You know what? Next year, I’m definitely coming back and I’m coming back to win” and I did exactly that. That was how I ventured into poetry and from then on, it’s been slams and being recognized for those competitions. My mum has been very supportive but my dad is not in the picture. I don’t think there has ever been a show that she hasn’t attended. She has been there since day one.

What has kept you going as a poet?

What has kept me going is my love for entertaining people. I love doing what I do. I love being a poet. I love the reactions of people when they hear my words. I love when they can relate with my words because the poetry that I write is not only limited to my personal pain, but social issues that affect us on a daily basis, perhaps as Zimbabweans, as Africans and as human beings in general. 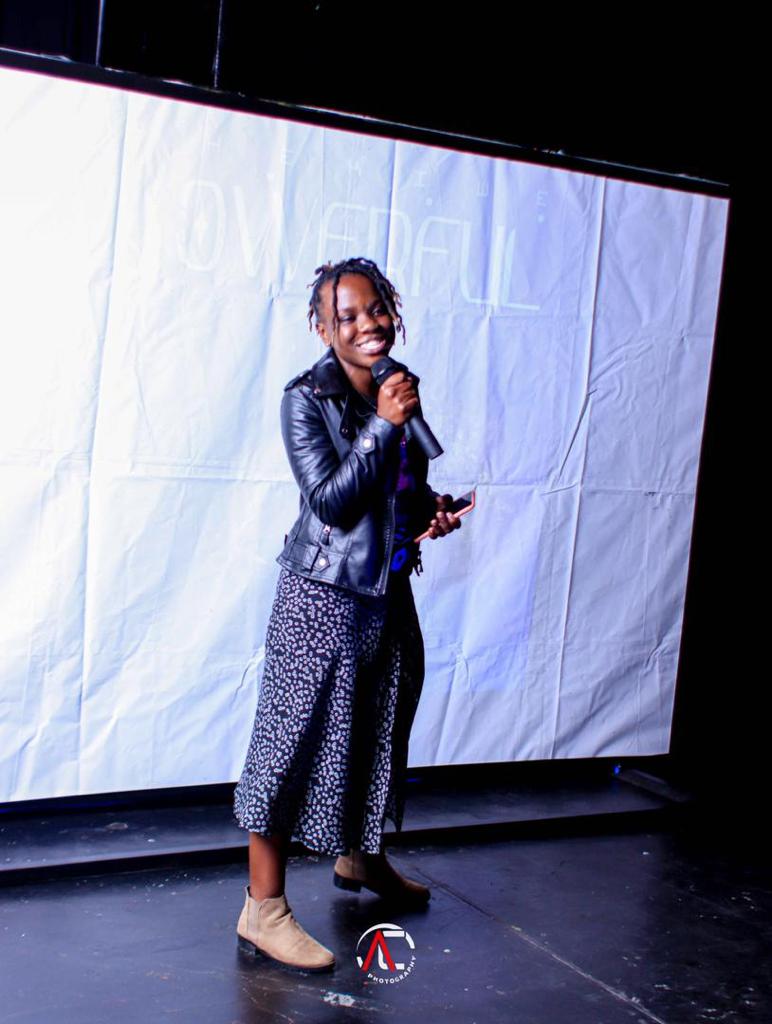 Would you want to describe your first time on stage?

My first time on stage was nerve-racking. We had been paired into this team for the first slam that I was telling you about. I was paired into a team with someone that I didn’t know because the person I had asked to be my partner bailed out on me at the last minute. The slam wanted partners and the slam master paired me with someone who also had a partner who bailed out on him. So we ended up not doing a piece together. We did separate pieces and just making sure they align somehow. So it was very nerve-racking not being prepared. This is your first time performing and you see the professionals do their thing. And I got cut off in the second round of three rounds. I think the only reason that I qualified for the second round was because when people looked at me back then, I was very tiny. I had a very tiny frame, and most of the people who were there were adults. And the whole time, people were just going “awwwn”. I think that was how I qualified for the second round. So my first time on stage was a mess, but it was an experience.

What has been the challenge?

It is basically exposure and sometimes limitations in terms being busy with school and other things. I can’t be available all the time.  I not only do poetry, I’m also a presenter on a national TV station for a youth show. So, there’s that and there’s a whole bunch of things that I do. I also make ice- cream. I have an ice-cream company; therefore, it’s very hard to jack up all of these. The challenges have been just that; being overwhelmed with a lot of work to do and I can’t exactly focus on poetry alone. 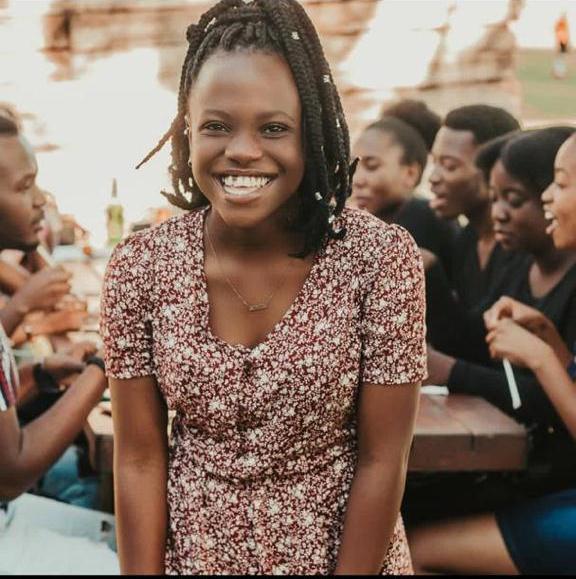 Are you working on something at the moment?

I’m working on an EP; my first big body of work. I’m not sure when it’ll be released yet, but sometime next year. That is my first big project that I’ve ever done. I’ve always participated in other people’s shows, slams and competitions, and this is the first thing that actually says, Michelle Thanya.

Tell me your biggest dream?

Do you have any advice for Zimbabweans?

My advice for Zimbabweans is for them to know that no one is coming to save us. We need to save ourselves; somehow, whether through our art, our professions, or whatever. So, get to work, put those plans into action. Make the plans; write them down, there is power in writing things down and manifestation.

Judiciary remains the only hope of the common man - Hon. Sam Onuigbo