As the European Union funded UNIDO-National Quality Infrastructure Project (NQIP) comes to a close in Nigeria, a new organization, Nigeria Quality Infrastructure Forum (NiQIF) has been inaugurated to sustain the project which has had a positive impact on the nation’s economy even as the new organization presents Voice of Quality Magazine as the official organ of information dissemination by NiQIF.

NQIP which ran between July 2013 and December 2018 officially closed on Friday, January 18, 2019.
NiQIF has Engineer Abdulrashid Yerima Usman as its National President while a renowned Industrialist, Iyalode Alaba Lawson is the Chairperson of the Board of Trustees .

Inaugurating the Forum in Abuja, outgone NQIP Project Manager, Dr. Raymond Tavares told members that the task ahead of them is enormous stressing that the project must be sustained. He however says he is optimistic that the new forum will succeed because of the composition of members who were stakeholders in the NQI Project.
In his remarks, UNIDO-NQIP Technical Advisor, Dr. Shaukat Malik went down the memory lane saying at inception, it was never envisaged that NQIP could record such level of success which he attributed to the commitment of all the stakeholders.

“At the inception of this programme, we never envisaged that it could record this level of success, I am happy with what the project has been able to achieve. Nigerians are now trainers in ISO 9001, this is very encouraging. Nigeria Metrology Institute is now in place, Nigeria is ahead in Quality Awards in West Africa. At inception, there was no training centre, now we have 10 centres.” Said Sahaukat 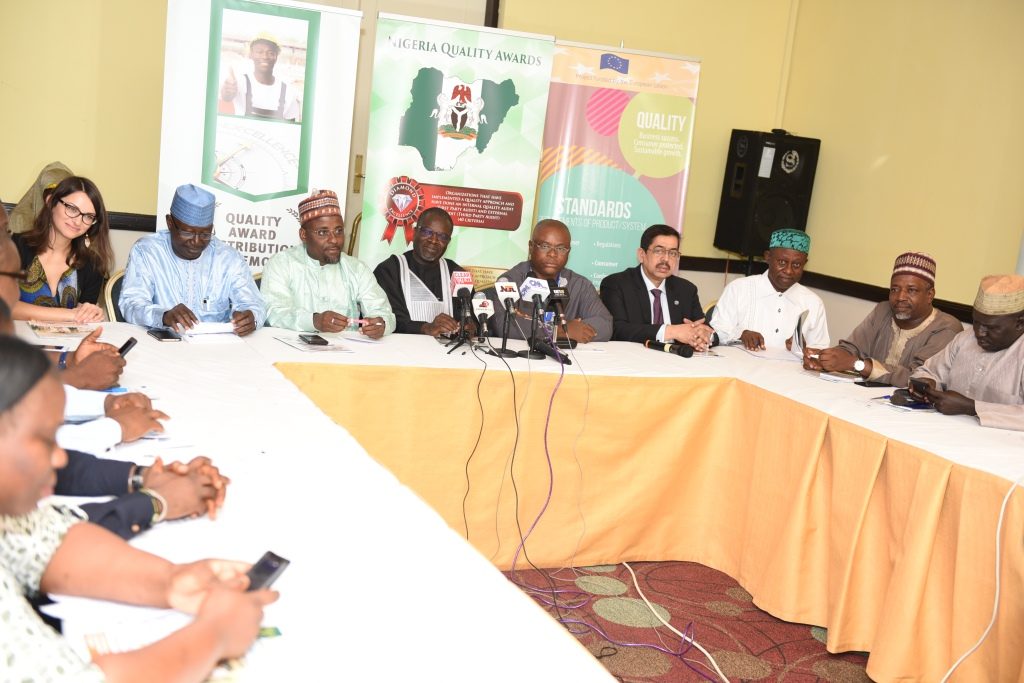 The Technical Advisor told the Forum that since NQIP has established the supply side, the organization should create more demands and sustainability of Quality institutions. He disclosed that Quality Forum in UK has been impacting positively on the country’s economy adding that NiQIF should do same.

In his words” If the Quality Forum in UK can do it, you can also do it with determination. I am hopeful that in the coming years, you will be doing trainings and international conferences.” 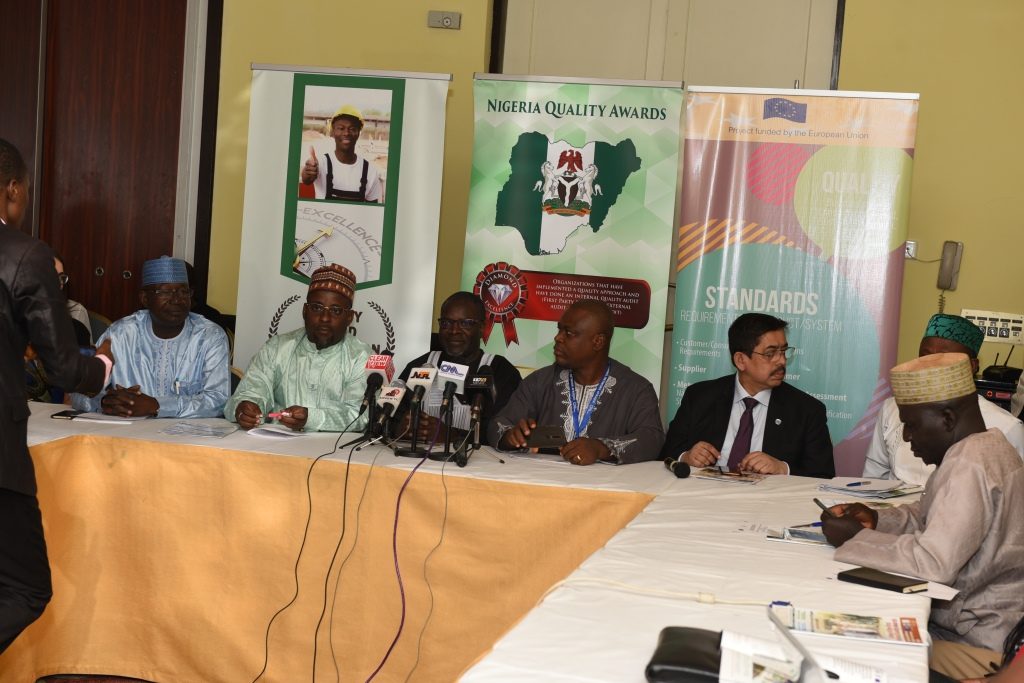 In her remarks, the Chairperson of NiQIF, Iyalode Alaba Lawson stressed the need for members of the forum to work together as a team. According to her, it is when members of the forum work together with unity of purpose that they could achieve their set goals adding “history is being made with the inauguration of our Forum and the presentation of our magazine”.
She commended EU, UNIDO-NQIP for impacting positively on Nigeria’s economy and promised that NiQIF would be a vibrant organization. 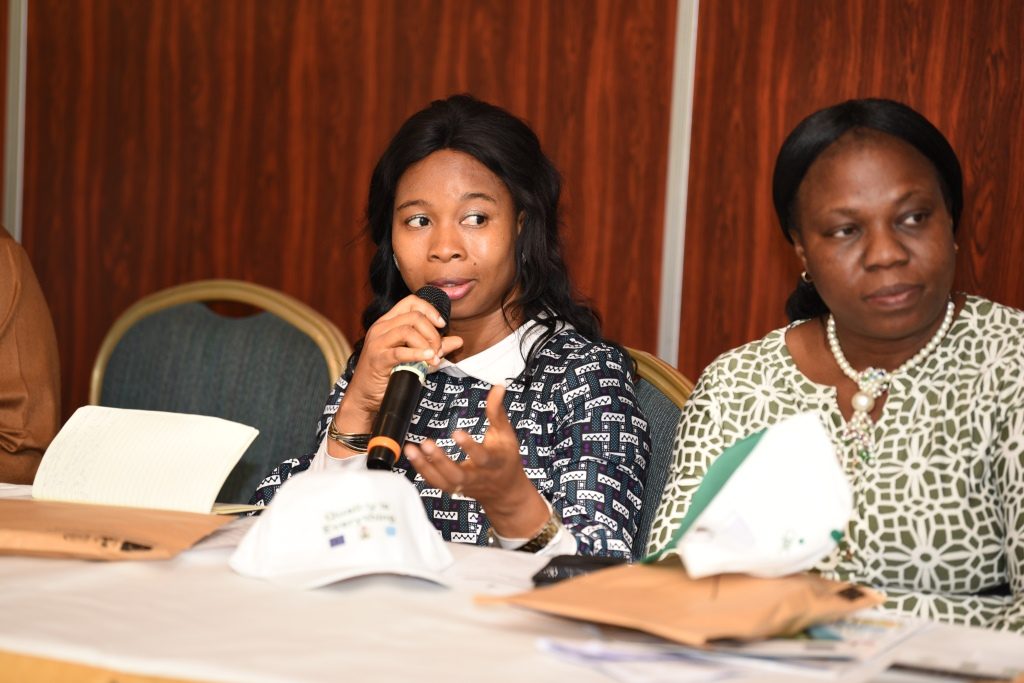 Also speaking at the event, the National President of NiQIF, Engineer Yerima Abdulrashid Usman promised to carry all members along in the running of the forum .

“ We are well prepared for the task ahead, we shall institutionalize the culture of quality in Nigeria and even take it so schools so that it becomes part of life of every Nigerian” he said.

A member of the Forum who is also the Managing Editor of Voice of Quality Magazine, Dr. Dan Ochi said his team of Editors would make the magazine self-sustaining and even generate revenue for the Forum.
In a related development, NQIP has completed the last leg of series of capacity building for the media on quality, the final one being “Media forum for metrology awareness and its benefit for trade and consumers”.

Addressing the media practitioners, Dr. Raymond Tavares advised them to ensure that Nigerians embrace the culture of quality in their daily lives through their reportage adding” as NQIP is closing, NiQIF should continue where it stopped”.
In his remarks, Dr. Shaukat Malik explained that the importance of Metrology cannot be overemphasized. He said NQIP had trained farmers, transporters, processors and others stakeholders on food safety and enjoined the media not to stop in its efforts at enlightening the public about the benefits of quality.

The Technical Adviser also advised the government to implement the Integrated Development Plan document submitted to the Ministry of Industry Trade and Investment in the interest of the growth and development of Nigeria’s economy.
On Metrology, Shaukat said it is for the safety of the public “and essential for even local traders”.
At the metrology awareness forum, the Director of the National Metrology Institute, Engineer Bedi Obeyi took the media through what the institute does and the benefits to Nigerians while the Director Weights & Measures at the Federal Ministry of Industry, Trade and Investment, Engineer M.S Sidi spoke extensively on the Role of Legal Metrology for consumer safety.The two stressed the importance of measures on the lives of every Nigerian, industries and other organisations.

Indeed, the attention of Nigerians will now be on the newly formed NiQIF and it is hoped that the Forum will be able to build on the laudable achievements recorded by NQIP