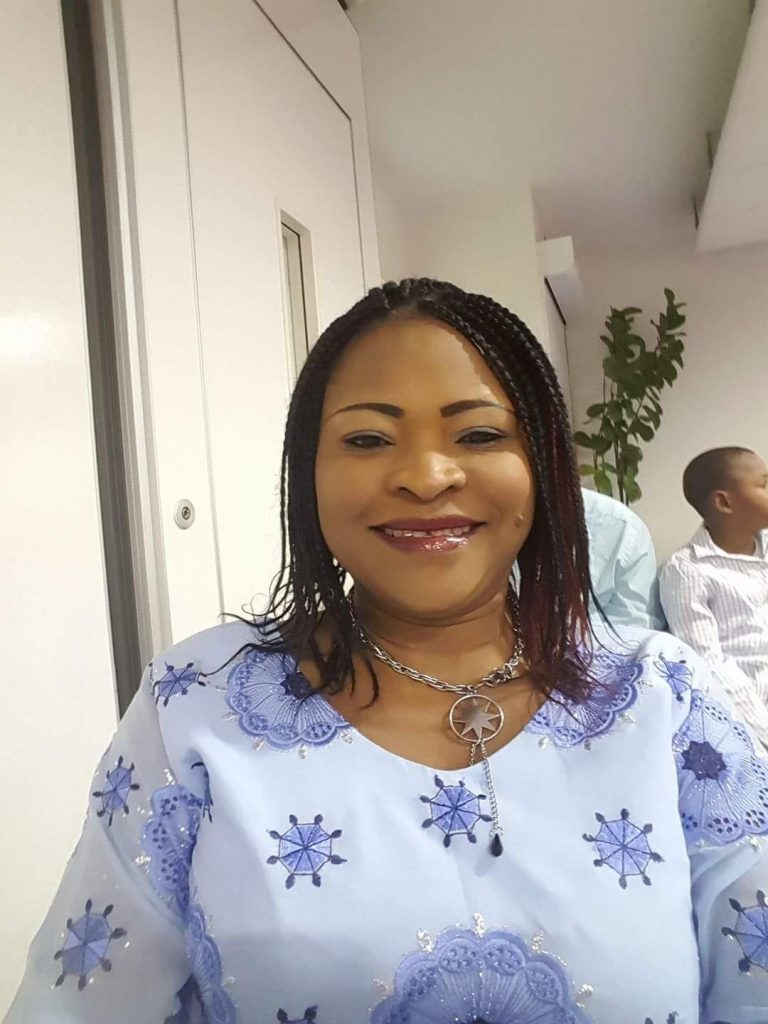 Africa is faced with the challenge of some NGOs not using funds  from foreign and local donors appropriately. This issue is also a big challenge in Nigeria. However, some NGOs own by Nigerians in diaspora and at home are doing the country proud. OnonoLight Foudation, initiated by Evelyn Onaifo is one of the NGOs working hard to help humanity.  Based in the Netherlands, OnonoLight Foundation  has been operating  as an independent NGO since 2013. Evelyn in this interview with Green Savannah Diplomatic Cable says government should start tracking NGOs to separate the wheat from the chaff.

Some NGOs own by Nigerian  at home and in diaspora have image problem, It has been alleged that some of them are not upright, how would you react to this?

I am disappointed when it comes to some NGOs especially a few Nigerians who claim to have NGOs. Even here in the Netherlands, we have had cases of some individuals who collect money from government in the name of NGO but misused such funds.  I mean funds not really getting to the right people.  We have two categories of NGO owners. The first category comprises of those that are ready to work, unfortunately some NGOs in this category are not getting funds from the government, they are working with  their hard earn money. The second category comprises of those that are getting funds from the government. Unfortunately, some NGOs in this category are not using the money for the  purposes for which the funds were released to them. Ironically, all NGOs are sometimes classified together as not being sincere. Those of us working find it difficult to  get funds because of this image problem you are talking about.

We equally learnt that it is always difficult for credible NGOs to bring in materials to Nigeria for distribution?

That is very true. When you are providing humanitarian services, we are supposed to be having discounts if they cannot allow us to be bringing  in these items duty free. We pay on things  like  used children cloths , toys and similar items because they believe that everybody is bringing things to Nigeria in the name of an NGO. Using myself as an example, the last time I visited Nigeria, I bought a lot of things meant for distribution . Apart from the items I bought with my money I went from street to street to get other items without getting any funds from the government or donor agencies. When I shipped the materials to Nigeria, they still charged me the same amount as people doing normal business. As NGOs, we should be taking these items in freely or at a discount. If for instance business people are paying N500,000 , we should pay less. The masses is neglected and people trying to help are getting this type of treatment, that is not fair. We supposed to be having discount on items taken to Nigeria for humanitarian services. Government is not granting us that privilege. There is no support from the government in Nigeria except you have the connections. That is wrong, they are supposed to be supporting credible NGOs. If you look at it again, you cannot really blame the government because of the attitude of some fraudulent Nigerians. Millions of dollars are going to NGOs in Nigeria but I am surprised that the impact is not felt much. Again , using myself as an example, I have been funding my NGO from my hard earned salaries. With that I have been able to put structures in Benin and Lagos from the little I am taking as salaries, imagine if one is getting funds from donor agencies. Unfortunately, many of those getting support from government and donor agencies are not doing as much. Frankly speaking many of us that are working are not really happy about this, but it will not discourage us from doing what we are set out to do. We are not doing it for government or to be praised, we are doing it for humanity. Interestingly it is not like that in some African countries . There is hunger at home and you are not being fair to those trying to help, that is not good enough. You use your money to buy things, you use money to ship and yet, you pay through your nose to clear the items. For God’s sake this is not a business venture. Things have to change.

You have also agreed that some NGOs are being smart, probably that is why all of you are treated the same way, how can this be corrected?

Many of us living in diaspora have our NGOs registered in countries where we live. Again using OnonoLight Foundation as an example, I registered it here in the Netherlands, the Dutch government knows about it , but you still find few people operating NGOs without being registered. You can’t just wake up in the morning put a banner or sticker on your vehicle and be cheating the people and government collecting money that you won’t spend on humanitarian services. These are the kind of people government should be tracking. I am registered here in the Netherlands and at the same time registered in Nigeria. My NGO  is actually not limiting its services to Nigeria ,the focus is on Africa, but because charity begins at home that is why I started with my country. There has to be a proper checks on NGOs by the government to separate genuine from fake, to distinguish between those working and those that are just collecting funds and spending such for personal proposes. It is inhuman , ungodly and fraudulent for anybody to export goods for sales in the name of an NGO. Government should begin to do proper tracking.

What advice do you have for Nigerians who indulge in such sharp practices ?

What I will tell them is to repent and retrace their steps because they are not helping humanity but complicating the problems. They should realize that they are spending blood money and that they are blocking the ways of those who have the sincere heart to help the needy and humanity. If you really wants to help your country, you have to be sincere with what you are doing. Don’t do anything against the law, follow the rules. Register your NGO properly and when you are given money and materials don’t convert them to your own, make sure they go directly to the people who need them. They should stop being greedy , they should stop dragging the name of our country in the mud. We should  all build and not destroy our country.