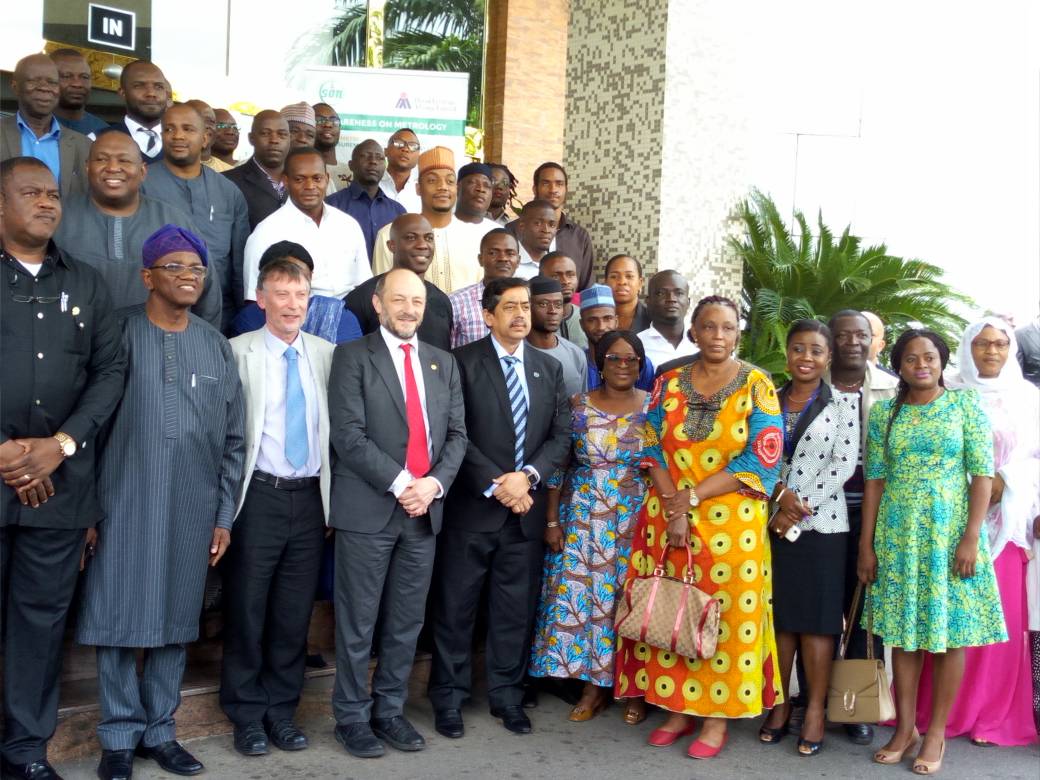 Nigeria on Thursday joined the rest of the world to mark the 2018 World Metrology Day. The World Metrology Day is an annual celebration of the signature of the Metre Convention which took place on May 20, 1875 by representatives of seventeen nations.

The celebration of the Day in Nigeria was facilitated by the European Union funded UNIDO-National Quality Infrastructure Project (NQIP) and attended by stakeholders in Metrology. 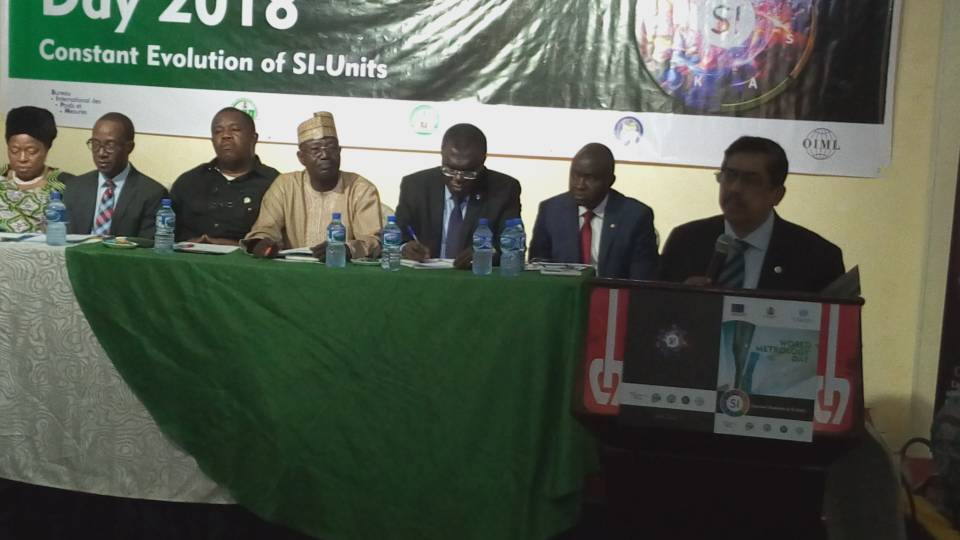 According to the Regional Director, the proposed changes are based on the results of research into new measurement methods that have been used quantum phenomena as the basis for standards that are fundamental. 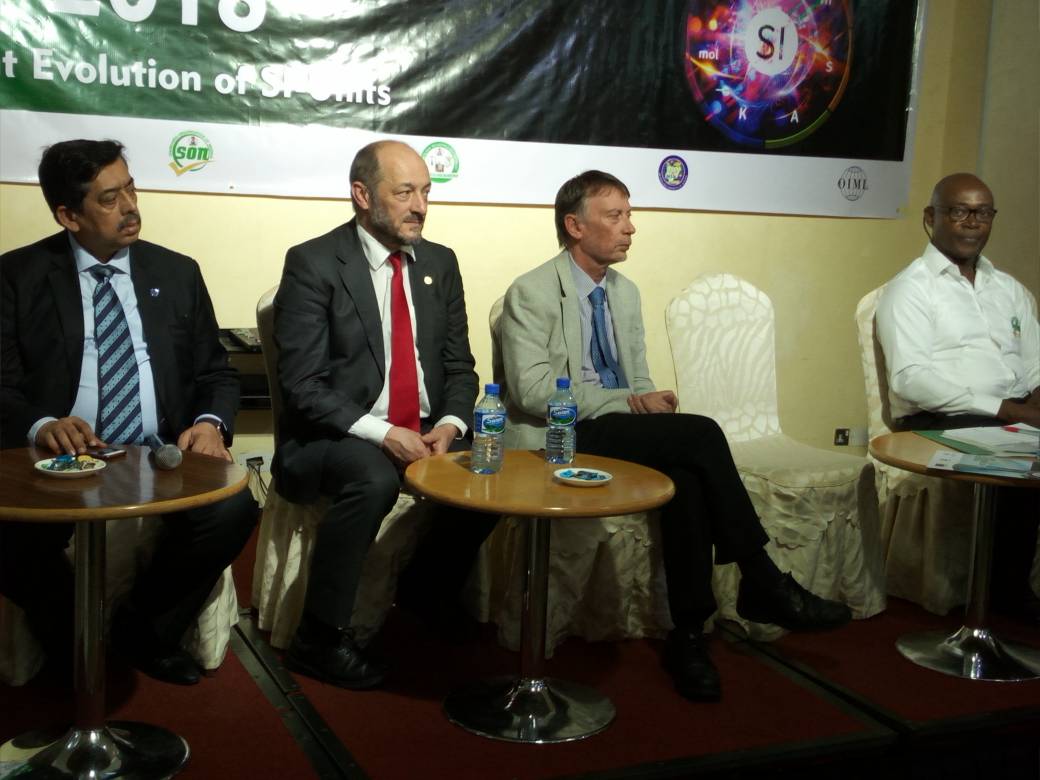 He explained that the science of measurement plays a central role in scientific discovery and innovation, industrial manufacturing and international trade in improving the quality of life and in protecting the global environment.

His words: “UNIDO is currently implementing the National Quality Infrastructure (NQI) Project in Nigeria. It is a 12 Million Euro trade facilitation project funded by the European Union. This project is aimed at supporting the improvement of standards and quality control agencies in order to advance the quality of products and services exchanged in Nigeria and in the international market”

Bakole said the aim is to boost the competitiveness of Nigeria’s private sector and ensure the protection of consumers adding that one of the five major components of the National Quality Infrastructure Project is related to metrology. 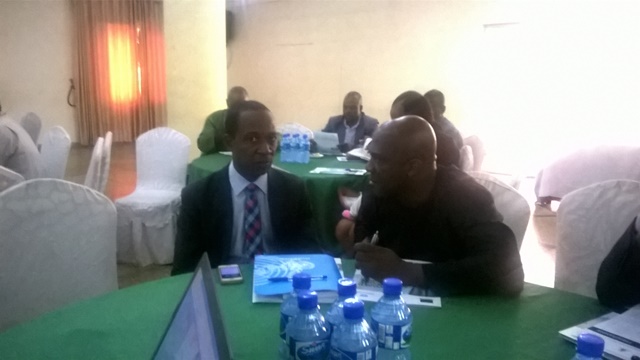 The Regional Director explains further: ‘’ We would like to recognise that the increasing importance of metrology within globalised markets puts more emphasis on the link between costs and quality, quality and trade, measurements and quality control, and on issue of calibration, laboratory accreditation, traceability, and certification.”

UNIDO-NQIP Chief Technical Advisor Shaukat Malik in his remarks said correct measurements have a direct impact on all spheres of human life stressing ‘’they allow ordering and facilitation of commercial transactions ,consumer protection, accurate diagnoses of diseases, preservation of the environment and the rational use of human resources which together affect the quality of life”

Speaking in the same vein, the Director General of the Standards Organisation of Nigeria (SON), Osita Anthony Aboloma said Metrology plays central role globally in industrial manufacturing and international trade. According to him, it also plays important role in scientific discovery and innovation thus improving the quality of life and protecting the world’s environment.

Aboloma said the Federal Government is committed to the establishment of a National Measurement System as well as develop, strengthen, and upgrade the national metrological infrastructure to facilitate trade, enhance export, accelerate economic development, protect the environment and ensure the health and safety of consumers.

He disclosed that SON is developing the National Metrology Institute (NMI) adding that the institute will coordinate the National Measurement System for the country.

The Director General explained further that the construction of the NMI building is at an advanced stage with some equipment already purchased by SON and UNIDO. He said: “These are awaiting installation and training of staff and will commence in July, this year”.

Aboloma disclosed that when NMI becomes functional in July this year, it will ensure that accreditation testing and calibration laboratories across the country obtain traceability of measurement locally and save the hard currency presently paid to foreign NMIs to procure such services.

Said he: ‘’ It will also boost the country’s export base by providing the required confidence and reliability in the exported goods, improve the health of the citizens and ensure safe environment by providing accuracy in measurements.”

Also in his short remarks, CTA for WAQSP, Aka Kouassi described metrology as the pillar of quality, a similar expression by the National President of Nigerian Association of Chambers of Commerce, Industry, Mines and Agriculture (NACCIMA), Iyalode Alaba Lawson who commended UNIDO-NQIP and SON for the establishment of NMI. Lawson however advised the Federal Government to establish more metrology institutes in Nigeria because of the size of the country.

The Director General of Lagos State Chambers of Commerce, Muda Yusuf stressed the need for monitoring of packaged products and also the need to harmonise  government  regulatory agencies to avoid duplication of duties.

Presentations were made by two international experts, Andy Henson and Ian Dumill