What could have resulted in a large scale fight between Nigerian traders and their Ghanaian counterparts following alleged illegal closure of about 1000 shops belonging to Nigerians and attacks on some traders has been averted by Nigerian High Commissioner to Ghana, Ambassador Olufemi Michael Abikoye who appealed to Nigerian traders to allow the Federal Government of Nigeria complete the process of resolving the issue.

Nigerian traders were agitated following attacks by Ghanaian traders who wielded various weapons and descended on them at Circle Tip Toe Lane, near the Kwame Nkrumah Interchange in Accra. The attack occurred following an attempt by Nigerians traders to reopen their shops which were locked on Sunday, 1st December, 2019, by members of GUTA allegedly using the Ghana Police Force.

No lives were lost during the incidence, but some Nigerians were arrested namely, Uche Onwurah, Chizoba Onwurah, Abuchi Kenneth, Onyekachi Iheoma and Darlington Logo. Three Ghanaians were also arrested.

However multiple sources in Ghana told Green Savannah Diplomatic Cable that the Government of Ghana gives tactical support to Ghana Union of Traders Association (GUTA) that locked the shops in retaliation of Nigeria closure of land borders.

The sources disclosed to our correspondent that the failure of Ghanaian Government to condemn the actions of their citizens attacking Nigerians and locking up their shops is a clear indication that the authorities in Ghana supports what GUTA has done which they noted was made to send a signal to Nigerian government that the continued closure of land borders is having negative effects on the economy of Ghana.

The Nigerian High Commissioner sought the intervention of various Ghanaian establishments to ensure that the illegally locked shops were immediately opened. However, the shops are still under lock as the situation is still a bit tense.

To further compound the problem and to clearly show that they have the backing of their government, an Executive member of GUTA, Mr. Eric Gumfi, in a press statement on Monday, further threatened that his association Would l continue with the closure of all shops belonging to foreigners in ensuring the GIPC Act is enforced.

The pre-meditated attacks on the Nigerian retailers followed the expiration of a purported one-week ultimatum issued by GUTA on 18th November 2019, for the Ghanaian Government to begin unilaterally enforcing the controversial Ghana Investment Protection Commission (GIPC) Act that they claim bars foreigners from retail trade in the country and also for the foreign traders to clear the goods in their shops or face the wrath of the association.

Section 27 (1) of the GIPC Act states that any foreigner or enterprise that is not wholly-owned by a citizen shall not invest or participate in the sale of goods or provision of services in a market, petty trading or hawking or selling of goods in a stall at any place.

There has been on-going tension between Ghanaian and Nigerian traders of recent, with almost 1,000 shops belonging to Nigerian traders illegally shot down by the GUTA members. The excuse for their action was linked to Nigeria’s temporal closure of its land border and the shortlisting of about 45 products from the ECOWAS trade liberalisation scheme (ETLS), an action which they claimed crippled their trading activities with Nigeria.
There are fears that such attacks by GUTA could threaten the national security of both countries and mar bilateral relations if drastic steps are not taken by Ghana and Nigeria to address the issue amicably.

Meanwhile Ambassador Abikoye has strongly condemned the attack on equivocal terms. The High Commissioner however appealed to Nigerian traders in Ghana to remain calm and never take laws into their hands, as the High Commission is doing everything possible to resolve the issue.

There is on-going dialogue between the High Commissioner and Ghanaian Government functionaries on the best way to permanently put the situation under control. 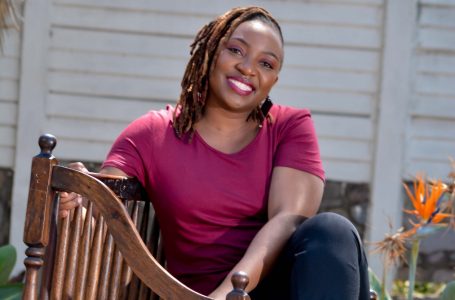