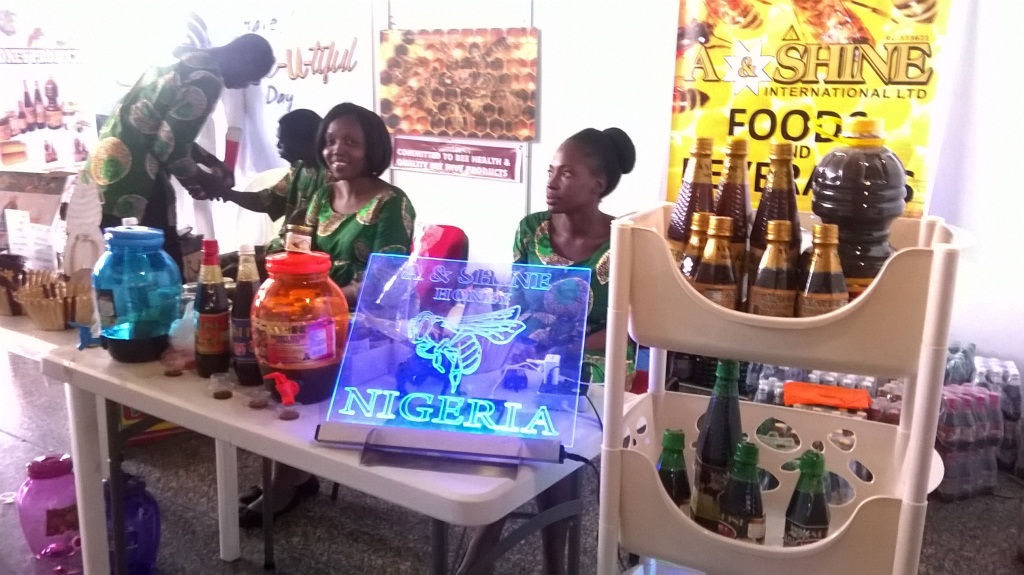 The attention of stakeholders in beekeeping value chain was on Nigeria last week when the country hosted ApiExpo Africa 2018 Abuja. The 5-day event held at the International Conference Centre in the Federal Capital Territory was attended by beekeepers and other stakeholders in the Apiculture sector from different parts of the globe many of them visiting Nigeria for the first time.

Apart from the host country, Nigeria, the Chinese had the highest number of foreign participants. This is not surprising because China in recent years has increased its presence in the economy of many African countries, including Nigeria.

Prior to the event which drew a large number of participants from Nigeria, the Organising Committee had made some sensitization efforts including capacity building for Journalists expected to cover the event so that they could report from the point of knowledge.

Speaking at the opening ceremony, President Muhammadu Buhari who stressed the importance of beekeeping disclosed that his administration is determined to turn around the Apiculture sector.

Buhari who was represented by the Secretary to the Government of the Federation, Boss Mustapha said new policies are being formulated by the government to strengthen the sector adding “government is also building the capacity of beekeeper and processors in the Apiculture sector in order to bridge the gap in the sector.”

Speaking in the same vein, the Minister of Agriculture and Rural Development, Chief Audu Ogbeh challenged beekeepers, processors and other stakeholders to embrace best global practices

He advised more Nigerians to go into beekeeping stressing “with the new CBN one digit lending rate, we hope that more people will get involved in beekeeping”

Audu Ogbeh said further: “We want to support beekeepers in our budgets by providing processors with the necessary inputs in equipment and loans even lower than the one digit announced by the Central Bank of Nigeria.

Amina Mohammed, United Nations Deputy Secretary General in her message to the Expo stressed the importance of bees not only to the economy but also to human existence. She said  without bees, agricultural activities cannot stand.

There was also message of hope from the Executive Director of the Nigerian Export Promotion Council, Olusegun Awolowo who revealed that by next year, Nigeria would begin to export honey to European Union countries.

The Chair ApiExpo  Organising Committee, Dr.Dooshima Kwange and  Harun Baiya, Chairman, APITRADE Africa in their separate remarks said the event would turn around the Apiculture industry in Nigeria.

On his part, Nigeria’s Minister of the Federal Capital Territory, Muhammad  Musa Bello said the theme of the Expo; Sustainable Development, Wealth Creation and Economic Diversification” is in line with the vision of the Federal Government adding that his administration would continue to give support to beekeepers. 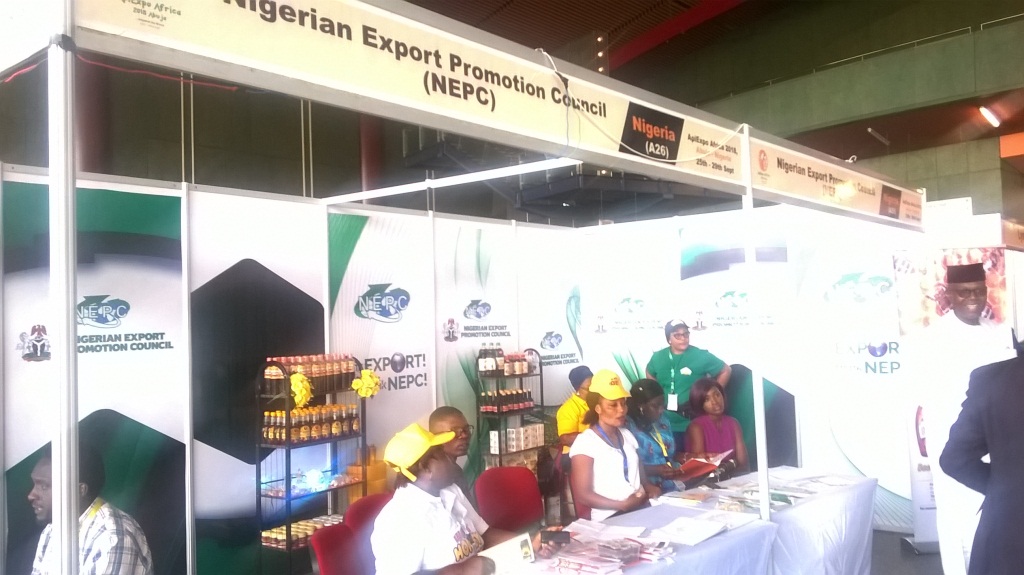 Green Savannah Diplomatic Cable spoke with some participants. The Head of the Ethiopian delegation to the Expo who is also the General Manager, Ethiopian Apiculture Board, Negash Bekena and whose country is the largest exporter of honey in Africa told our correspondent that his country has huge potentials in the beekeeping sector. He said that Ethiopia has over 10million bee colonies and 2million household beekeepers. According to him, his country has a tradition and culture of production of high quality honey and beeswax 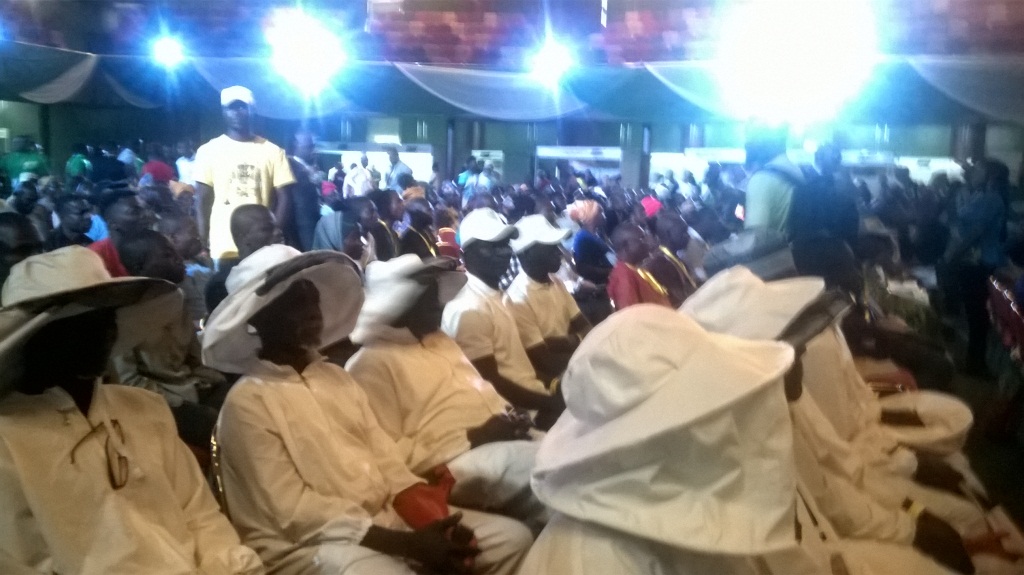 Negash who revealed that it was his first time visiting Nigeria said he would like to visit Nigeria over and over again adding “Nigeria is a huge and nice country, its economy is also the biggest in Africa. I am happy to be here and in future, I am going to do business with Nigeria”. 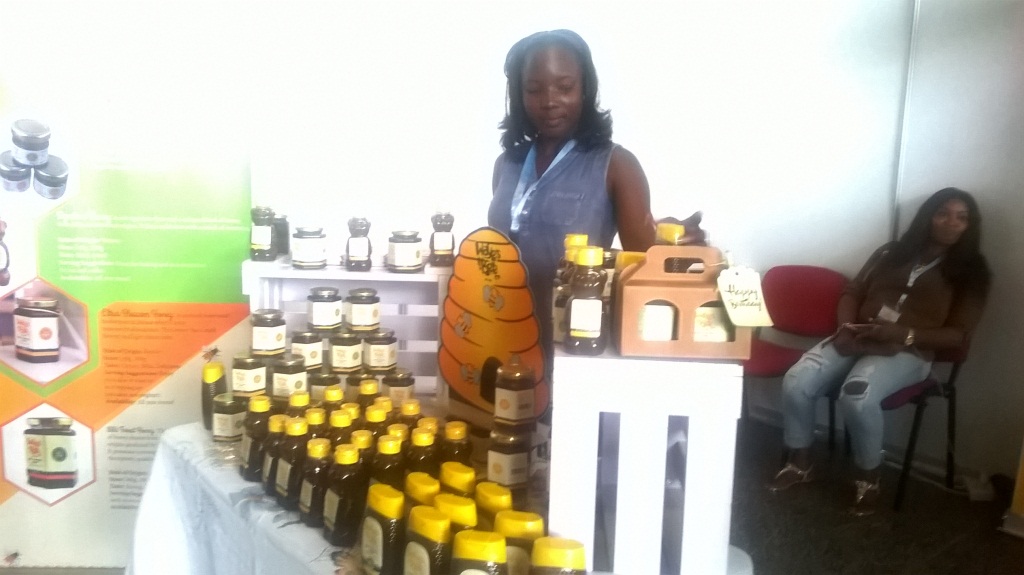 Also speaking to Green Savannah Diplomatic Cable, the President of Beekeepers Association of Burkina Faso, Desire Marie Yameogo said his country produces high quality honey brands some of which were displayed at his country’s exhibition stand.

On the challenges facing Apiculture in his country, Desire disclosed that part of the challenges is how to develop honey production in his country and how to train beekeepers. He added “we want to produce more and sell more; this can be achieved with the right equipment and technology.”

The Beekeepers’ President disclosed that his country needs international support in the area of technology transfer and capacity building to develop the Apiculture sector and to be able to penetrate international market, a view which was also expressed by Issoufou Nana  of the Ministry of Animal Resources, Burkina  Faso.

Green Savannah Diplomatic Cable also took on Jane Muthoni  Macharia, a  Researcher with specialty in Bees with the National Museums  of Kenya.

She explained that the museum carry out researches on animals and  plants through collection of specimens, documentations, identification, and dissemination of all information collected.

Jane also speaks on some of the challenges of beekeeping in Africa generally. According to her, the challenges include poor harvesting, climate change, issues of pests and diseases affecting the bees amongst other challenges. She revealed that there are over 20,000 spices of bees documented worldwide with approximately 3000 spices found in Africa adding “it’s only two groups of bees that produce honey, other bees don’t produce honey but they are equally important in our ecosystem”

She stressed the need for regional network in order to take Apiculture to the next level. “People should come together and review some of the challenges and chat the way forward” She said

On his part, Shema Aimable  of the National Apicultural Export Development Board of Rwanda  who was at the Expo with three companies dealing in honey processing  from his country said the honey being produced in his country is unique because of its topography .

His words: “You know our country is described as land of thousand hills, we have agro ecological condition for bee keeping and our honey is from those hills and natural forests.”

We asked him what he and his country’s delegates were taking away from the event “Rwanda hosted ApiExpo  and we knew the benefits that were derived from the event, the same will happen with this expo. It is an opportunity for beekeepers to create market network and also to discover new technologies in beekeeping, new equipment and see areas of improvement “

The University of Dar Es Salaam, Tanzania was represented by a young vibrant man, Christopher Alphonce  Mduda of the Department of Crop Science and Beekeeping Technology.  He was at the Expo with variety of bee products made by students which are awaiting commercial production by investors

Nigerian companies were not left behind as many of them from different parts of the country also exhibited their products. They were led by A& Shine International, which is one of the largest honey producers in Nigeria. The stand of  Waye’s Bee co owned by Omowaye Omosede also attracted a lot people because of the quality and packaging of her honey.

Other participants who spoke with Green Savannah Diplomatic Cable commended the organizers of the event saying that they have acquired more knowledge that will make them better beekeepers and processors.

The Apiculture sector of other countries that hosted the events before Nigeria never remained the same after their experiences; it is now left for the government of Nigeria, beekeepers and other stakeholders to also build on the gains of ApiExpo Africa 2018, Abuja.

Yngvadottir leads Lions Club to give succor to Piwoyi community

Each zone in Nigeria should have laboratory for beekeepers - Lenou