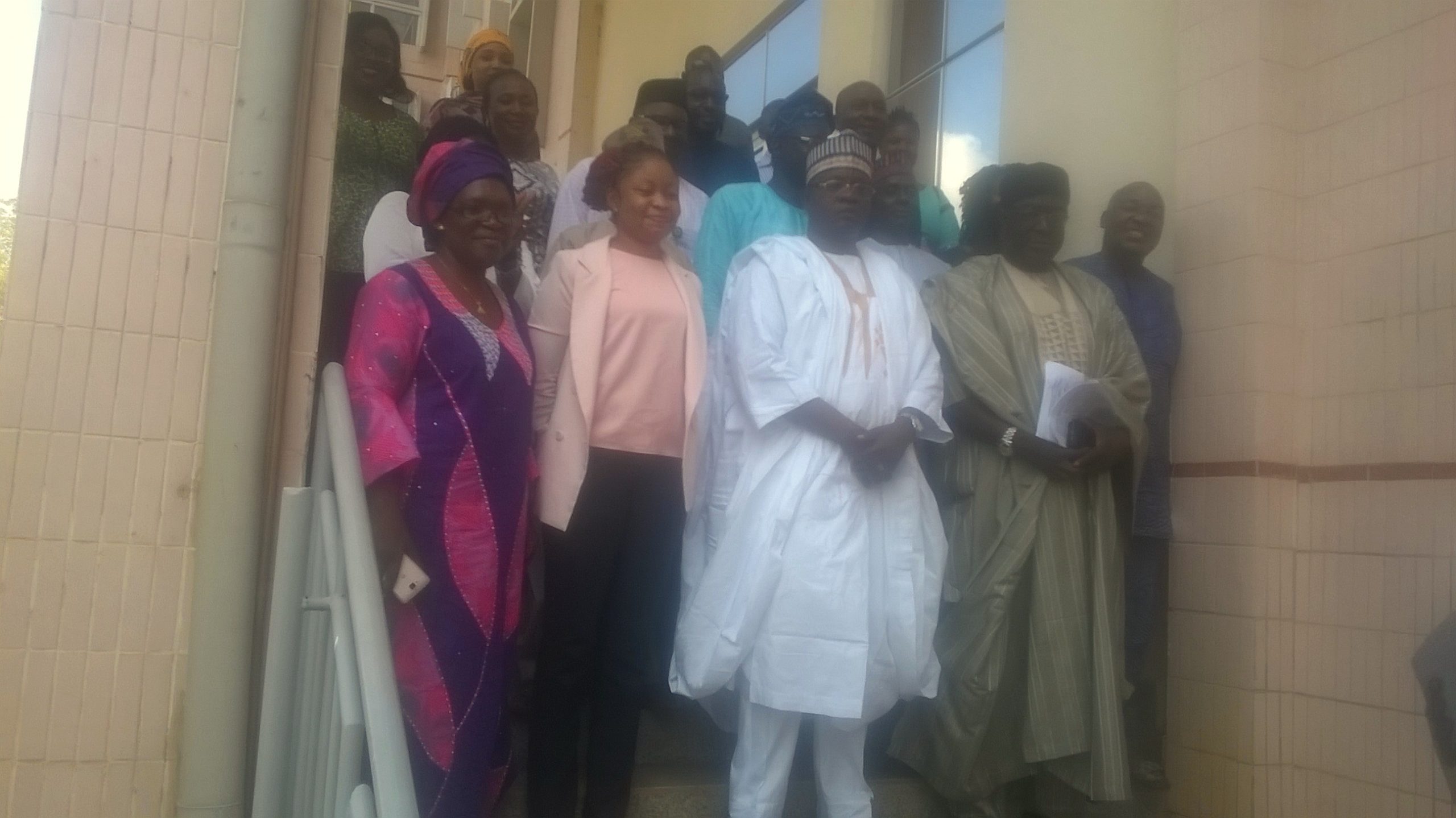 As the world contends with the challenge of Antimicrobial Resistance (AMR), the government of Nigeria has engaged the media in creating awareness even as relevant stakeholders are also being engaged in the fight against the scourge.

This is coming against the revelation that the problem has the propensity to kill more than 10 million people across the globe by the year 2050 if left unchecked with most of the deaths expected to come from Africa.

In the 2013 Global Risk Report  warned against the danger associated with AMR highlighting two underlying drivers, one the overuse and misuse of antibiotics in both human health systems and  livestock management and secondly  because there has been no  classes of  antibiotics invented since the 80s.

Speaking at the 2019  National Antibiotic Awareness and Media Engagement Week in Abuja, the Permanent Secretary  Ministry of Agriculture and Rural Development ,Dr. Mohammed Bello Umar says AMR poses great deal of health challenges  to humans and animals as well as the environment.

According to him “this menace if not checked can wipe out millions of our people, animals and could distort the ecosystem”

The Permanent Secretary explains that AMR challenge spans across human, agriculture and environment sectors, and therefore would require a multidisciplinary and multi- sectoral collaboration of key stakeholders using “one health” approach to tackle the scourge.

Umar disclosed that the National Action Plan developed by the Ministries of Agriculture, Health and Environment has spelled out actions that Nigeria needs to take to address the scourge stressing “we need to create awareness amongst the different stakeholders on the risk factors and indeed show that mitigation of this problem is in our hands collectively”

He implored Nigerians particularly the private sector to take the fight against AMR seriously saying that it should not be left for the government alone.

“We should promote proper biosecurity, vaccination, good animal husbandry practices, and use of alternatives (probiotics). The media must be seen to help in creating awareness on the subject matter among the populace” he said.

Speaking in the same vein, the Chief Veterinary Officer of Nigeria, Dr. Olaniran Alabi described AMR as a global challenge and enjoined Nigerians to join hands with the government in fighting the scourge.

In his words” Everyone has a role to play to play in tackling this challenge, however, the media has a bigger role to play, and this is why we are engaging Journalists”

Presenting a paper on titled “Antimicrobial Resistance Controlling the Scourge”  Dr. Dooshima Kwange of the Department of Veterinary and Pest Control, Federal Ministry of Agriculture and Rural Development, disclosed that AMR is a  world health issue stressing that the media has a big role in creating awareness that would lead to an effective fight against the menace .

According to her, AMR has many negative effects on Agriculture which includes increase in the cost of production, loss of animals amongst other effects adding that antibiotics must be used responsibly and when necessary.

Also speaking at the Media engagement, the Chairman of Veterinary Medical Association of Nigeria, Federal Capital Territory Chapter, Dr . Bala Muhammed challenged Nigerians no matter their social status to join in the fight against AMR.

Bala explained that every Nigerian is affected directly or indirectly by the negative effects of AMR stressing that they should not assume that the problem is limited to animals.

Stella Inweregbu  of Nigeria Centre for Disease Control in her presentation  titled “ Antimicrobial Resistance, the Human Health Perspective “ harps on increase awareness against AMR and the need for good AMR surveillance.

She also advised against irrational antibiotics use adding that the consequences are grave on human health.

The Federal Government of Nigeria is not only engaging the Media in creating awareness in the fight against AMR, it is also  engaging other stakeholders to tackle the scourge and avert  what  some have described as a disaster in waiting.

We are not safe in Ghana again, Nigerian traders cry out

After years of distrust, Nigerian Community in Ghana unites