One of the missions of my international weekly online magazine is to promote world peace. The reason is simple; I know the price of war and the benefits of peace. In a war situation, some parents will rather save their lives first before thinking about their children. That is how devastating a war could be. Many countries in Africa, Nigeria inclusive have witnessed war, mostly caused by the foolishness of a few people.

With the mindset that war could be likened to a course, I have been trying in my little way to promote peace. My thoughts could also be clearly seen in the motto of my magazine;” Path to a peaceful world”. I hold the beliefs that nothing can be compared to peace. Ernest Hemingway has said it all; “Never think that war, no matter how necessary, nor how justified is not a crime”. Martin Luther King Jr also saw the danger in war when he said “wars are poor chisels for caving out peaceful tomorrows”

In peace situations, the brain works well, but that cannot be said of war or crisis situations. War destroys and not builds, it kills and not make alive, it scatters and not gather, it breeds heatless people and not humane people, and it collapses the economy and not boom it. There is absolutely nothing good about war because at the end of each war, players of such war will still go back to the negotiating table.

I have decided to give this background so that the readers will know my perception about crisis and peace and the need for all nations to be at peace with one another at all times. But while diplomacy is the right approach to resolve any issue between two nations, it should not be to the point of foolishness, as the government of Nigeria did in its reaction to the demolition of some structures at the premises our High Commission in Ghana.

Before I go further on that, as a Nigerian, I want to condemn the attack on our Embassy in Jakarta, Indonesia .It saddens my heart that some of our citizens could be so irrational. If they have something against their   Embassy or the host country, the best thing would have been to go through official channel to resolve the issue and if that doesn’t work, then result to peaceful protest without attacking anyone or destroying anything.

I feel bad that while our government has ridiculed us and portrayed Nigeria   as a lame duck with the way they are handling the Ghana issue, some of our citizens are also giving us a bad image abroad. If you don’t respect your Embassy which is a symbol of the presentence of your country in another nation, how will the international community respect you?

With the senseless demolition of our property in Ghana and the equally senseless attack on our Embassy in Indonesia by our citizens, I want to call on the Federal Government to work with the governments of all the countries where our Embassies and High Commissions are located and provide adequate protection for the officers and properties.

Back to Ghana issue, the reaction of the Federal Government of Nigeria to the violation of our diplomatic premises is not diplomacy but foolishness. It is a sign of weakness for a country that prides itself as the giant of Africa. If you are a giant; you are not supposed to exhibit the trait of an ant. Even if you are not the real giant which you project yourself to be, you should not be seen as a dwarf, at   least to command international respect.

I did an article on former President Goodluck Ebele Jonathan in 2011 captioned “Nigeria needs Jonathan the Lion”. In that article, I highlighted the characteristics of a lion and that of sheep and advised the ex-president   to be seen to be roaring like a lion, but should have the meekness of a sheep. I went further to warn him that if he refuses to do that, people might take advantage of him and his administration would end in a mess. The rest is history. I gave President   Muhammadu Buhari a similar advice on December, 20, 2017 when I noticed some lapses in his leadership style. I captioned the article “It’s time for President Buhari to be a man”

Let me quote the concluding part of that piece “Mr. President, there are some truths that probably it is only an outsider like me that can tell you. Many Nigerians see you as a good man but a weak leader who lacks good administrative skills; they see you as an honest man who sincerely wants to bring about positive change but don’t have control over his appointees.

“There is a reason why God has kept you alive. To me, the reason is for you to now resume as President and Commander-in-Chief of the Armed Forces of the Federal Republic of Nigeria. Even if you are not the lion which your supporters call you, I believe you should be seen to be roaring like a lion, the same advice I gave to your predecessor which he never listened to.

“Mr. President, If you don’t want to go the way of your predecessor, it is time to be a man, otherwise your enemies will have the last laugh.”  I wouldn’t know what has really changed since 2017 when I wrote the article.

Why did I say that the Federal Government of Nigeria did not act wisely on the demolition of our property in Ghana, the reason is because, from all indications the government of Ghana knew about it. Even its press statements about the incident clearly indicate that the government of Ghana is not saying the whole truth about the violation of our High Commission. The structure was demolished with bulldozer and the crime scene is about five minutes’ drive from Ghana’s Police Headquarters.

The attention of the Ghanaian authorities was actually called to the demolition while the illegal act was going on but they close their eyes only to come out with a Press Release the following day to say unidentified individuals did the havoc.

“It has come to the attention of the Ministry of Foreign Affairs and Regional Integration that unidentified individuals had allegedly breached the premises of the Nigeria High Commission in Accra and demolished its property under construction around 10.30pmon Friday 19th June 2020”

The  Ghanaian authorities    which claimed that unidentified individuals were responsible for the crime failed to mention that they were notified while the demolition was on but didn’t do anything to stop it.

To further show that the Ghanaian authorities knew about the demolition while it was being carried out, a Press Statement from their police on the 22nd June 2020, gave them out.

The Press Release signed by the Director, Public Affairs of Ghana Police, Superintendent of Police, Sheilla Kessie Abayie-Buckman  reads “Preliminary investigation shows that the structure was unoccupied at the time of the incident on Friday19th June, 2020 at about 10.30 pm. It is also within the walled premises of the quarters of some staff of the Nigerian High Commission, behind the residence of the Ambassador, where regular police guard is provided. However, following the report of the demolition, armed guard has been provided at the incident scene, while investigation continues “

Anyone with sound mind will know from the police Press Release that the government of Ghana tactically gave approval to the demolition if not police would have stopped it.

While Nigeria’s Executive arm of government‘s position on the matter has been very disappointing, the Legislative arm has shown courage. Our Foreign Affairs Minister, Geoffrey Onyema who supposed to come hard on Ghana for its lawlessness was quick to partly put the blame on his country’s High Commission. He said after payments were made for the land, they didn’t do a follow-up to collect Certificate on the property.  Interestingly, the Minister did not tell the world that the attention of the Federal Government was drawn to some diplomatic assaults by Ghana before the latest incident, but nothing was done about it. The Senior Special Assistant to the President on Media and Publicity, Garba Shehu also said that Ghanaian President, Nana Akufo –Addo called his principal to apologize over the incident and so Nigeria should put the issue behind it.

His words: “The president of Ghana has called and regretted the action and apologized to the president of Nigeria,” I think he has shown leadership in the matter and what should Nigeria do? These are two leading countries in West Africa.

“Nigeria will not engage in a street fight with Ghana. This cannot happen. So, the two leaders, especially President Muhammadu  Buhari, who is much respected in Africa, they all call him Baba (father), so he is bound to show restraint. No, there should not be in a fight between Nigeria and Ghana, it will not happen”

The Legislative arm is however not pleased with the approach of the Executive on the issue.  Listen to the Speaker of the House of Representatives, Femi Gbajabiamila after an interactive session with the Minister of Foreign Affairs; Geoffrey Onyema over the breach of the country’s sovereignty which he noted wouldn’t have happened without prior knowledge of the Ghanaian Government

In his words:  ” I think we should make it clear for the authorities in Ghana, that Nigeria is not going to sit down and fold its arms, reciprocity is a legitimate instrument in foreign relations. The doctrine of reciprocity is what should be considered

The number four citizen of Nigeria spoke my mind on the issue when he said he was not comfortable with the weak-kneed diplomatic approach of the Federal Government.

Listen to him:” We must put a stop to what has become a perennial problem between Nigeria and Ghana. To me, this is a sibling rivalry, between two sister countries, but even in sibling rivalry, there is a line you don’t cross, and Ghana has just crossed the line”

But the Minister of Foreign Affairs prefers to pass the buck to the officers of Nigerian High Commission in Ghana. The same man was alleged to have initially blocked Nigeria Television Authority from airing the story immediately the incident happened.

To me, the hallmark of a good leader is to take responsibly for his negligence and even the negligence of the people working under him; therefore, I see no reason why he should indirectly justify the illegal action of Ghana.

Let me say this with emphasis; I believe in peaceful resolution of any crisis, but in doing so, it must be with great wisdom because the price of foolishness sometimes leads to grave consequences. 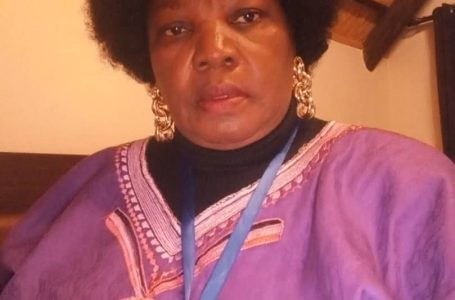 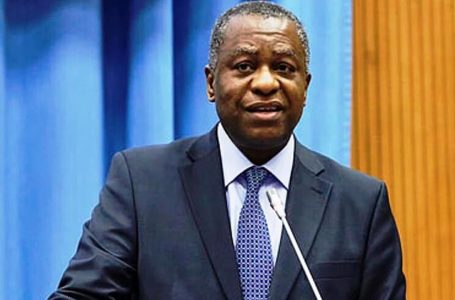 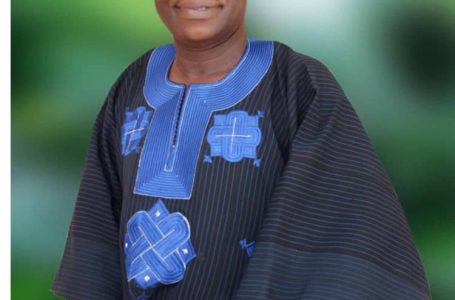 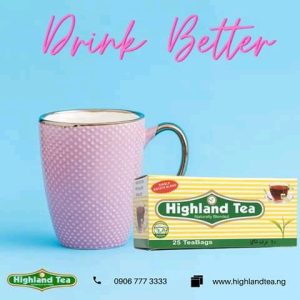 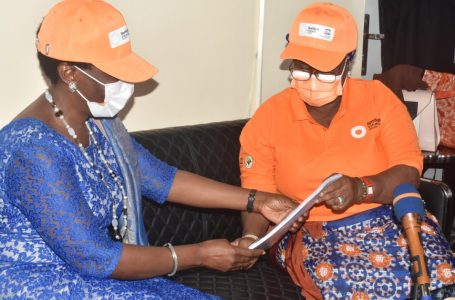 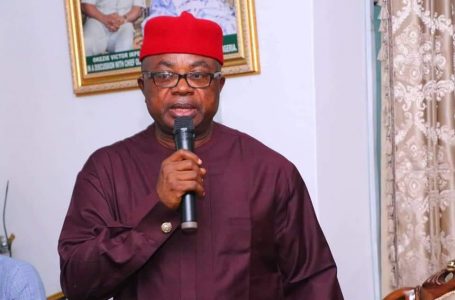 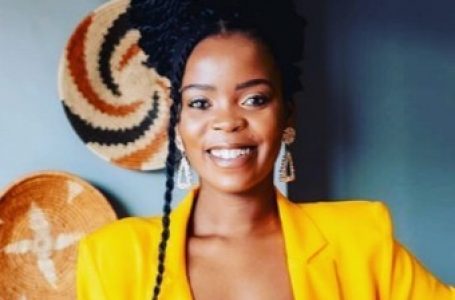 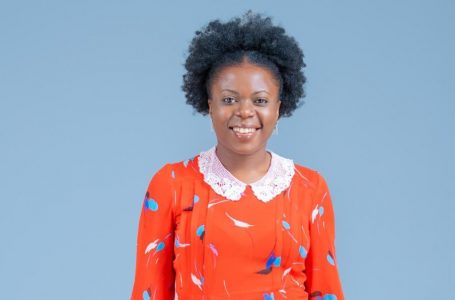