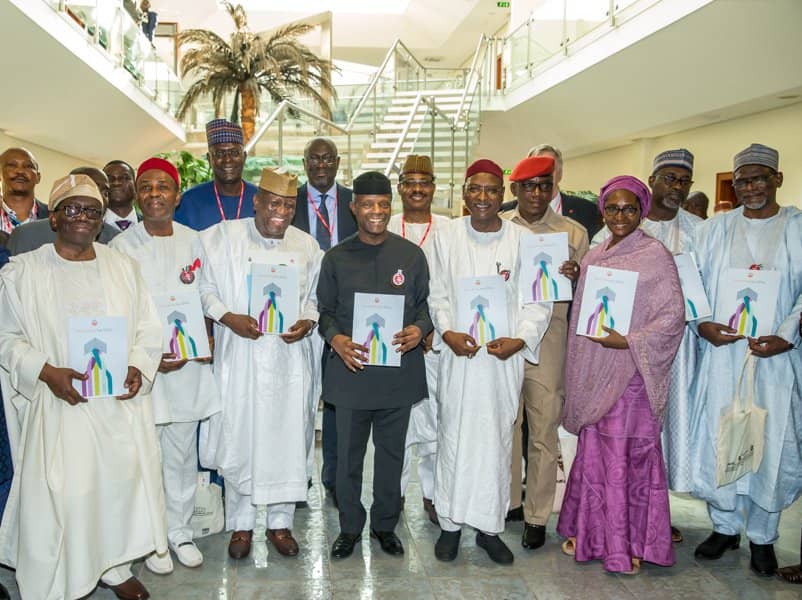 If anyone had predicted by this time of last year that the world would be held to ransom by a virus, no one would have believed, but the unexpected has happened far beyond human imagination. Not only has corona virus been holding most nations of the world to ransom, it has also dealt a big blow on the economy of many countries and how soon they will recover looks uncertain.

Nations, particularly developing countries were soon to forget how they struggled to fight other diseases and conditions, including Nutrition before the pandemic.  For about nine months, they have been deploying their resources and energy to the fight against covid-19 pandemic at the expense of other killer diseases. Nigeria is also included in the list such countries.

A typical case was the removal of the initial N800 million budgeted for Nutrition from the 2020 budget in Nigeria which the Vice President,  Yemi  Osinbajo said “ we should  have this  returned” .Almost two months after he made the commitment, nothing has been done about it, yet the Vice President is the Chairman of the National Council on Nutrition.

Interestingly, while he was inaugurating the council in November, 2017, the Vice President said “The inauguration of the council is further demonstration of the seriousness with which the Buhari administration takes the issue of improving the Nutrition status of all Nigerians.

“It is clear that there is a strong connection between nutrition and economic growth. If we invest in improved nutrition for our people we will see the results not only in improved emotional and psychological satisfaction in our citizens but also in reduced healthcare costs and increased economic productivity, we must therefore ensure that we mobilize the resources needed to make these needed investments”

The question Nigerians are asking the presidency now is why this has not been so three years after the commitment when the Federal Government knows the immediate and long term benefits of Nutrition?

Recalled, in  July 2018, the then Deputy Governor of Kano State, Professor Hafiz Abubakar raised an alarm about the danger malnutrition constitutes to Nigeria at the Second Annual Legislative Summit on Universal Health Coverage (UHC) and Nutrition held in Abuja..

He argued that for the future of Nigeria to be bright and secured, it must declare emergency on Nutrition stressing that part of the security challenges in the North East part of Nigeria could be traced unemployment and poor Nutrition which may have affected the brains of some of the insurgents.

A Public Affairs Analyst, Chukwuma  George  in an interview with Green Savannah Diplomatic Cable  saidNigeria has high burden of children with SAM  because the Federal Government has not given the needed attention to nutrition and SAM

“Ready- to -use Therapeutic Food   might be expensive, but Nigeria has the resources to rescue all the children with SAM if the political will is there. I want to say without any fear of contradiction that the reason why we have many children with SAM in Nigeria is because the Federal Government has not given priority attention to nutrition which is unfortunate. Nigeria is blessed with everything you can think of, so there is no reason why we cannot adequately fund the health of our children “he said

Alsospeaking to Green Savannah Diplomatic Cable onSAM, a Nurse, Joy Adekola  asked a very important question which only those in authority can answer.

Listen to her: “why should covid-19 be an excuse for not giving attention to the health of Nigerian children; why should it be exchanged for Nutrition which directly affects   the future of our children?”

She said further: “That is unacceptable; the earlier the N800 million initially allocated for nutrition is retuned and used for that purpose the better for the future of our country. I am saying this because it tells the kind of leaders that Nigeria is preparing for her future “

The same view was expressed by a Nutritionist, Amina Ibrahim who argued that” Nigeria cannot afford to do things the old way. For her “The fight against Severe Acute Malnutrition should not be compromised, all hands must be on deck to secure the future of our children because, the future belongs to them.”

As Joy and Amina rightly observed, silencing nutrition because of covid-19 or economic challenges might not be a wise decision; as the adage goes, you harvest what you sow, therefore, Nigeria must sow a good seed in form of better attention to the issue Nutrition and malnutrition, otherwise, it might harvest a large percentage of unproductive population in future and the nation’s hope of being a global economic power dashed.