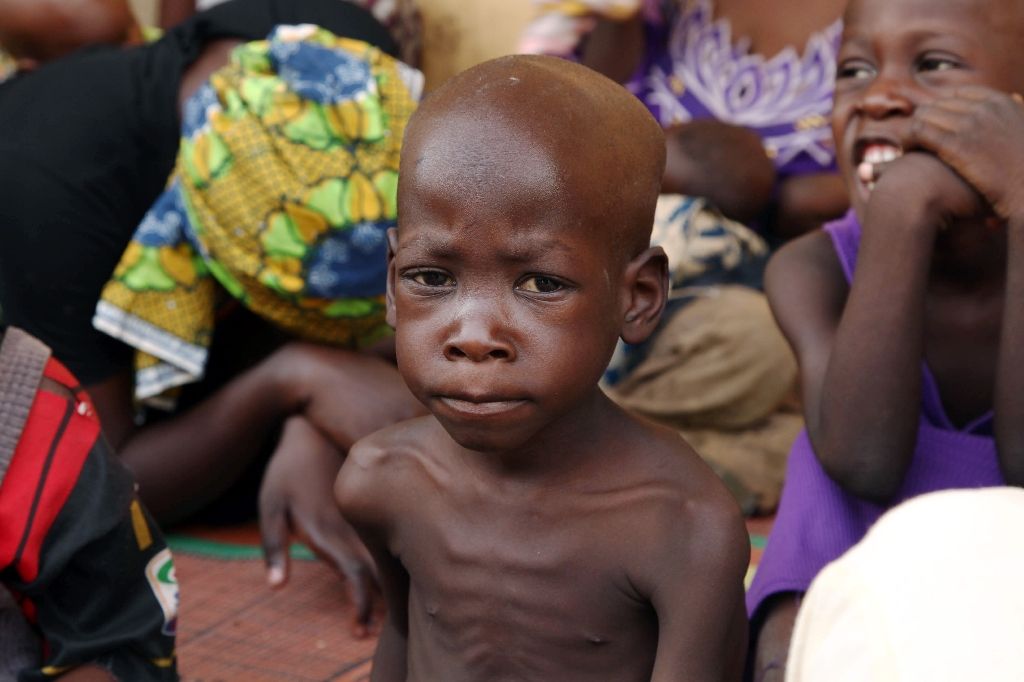 For a Nutritionist, Daniel Ayoade , Nigerian children have no business with hunger or malnutrition because of the  abundant natural and human resources as well as arable and  fertile lands that dot  most parts  of the country.  Unfortunately, the opposite is the situation   Nigerian children find themselves today.

Not only are they hungry, the number of stunted children in the country is stunning, shocking and unacceptable. Their height-for-age is more than two standard deviations below the World Health Organisation’s child growth standards median.

Nigerian children have the rights to nutritious foods, but a large number of them do not have access to nutritious foods. Little wonder, Nigeria has the second highest number of stunted children in the world with a national prevalence rate of 37% among children below the age of five years while seven percent of children below the age of 5years are wasted. In Benin Republic, the national prevalence of under-five stunting is 32.2%, yet Nigeria has more resources than the small West African country.

According to UNICEF,” nearly half of all deaths in children under 5 are attributable to under nutrition; under nutrition puts children at greater risk of dying from common infections, increases the frequency and severity of such infections, and delays recovery.

“Poor nutrition in the first 1,000 days of a child’s life can also lead to stunted growth, which is associated with impaired cognitive ability and reduced school and work performance”.

These basic facts are known to people in the three tires of government in Nigeria, yet not much is being done to save the children who are supposed to be leaders of tomorrow.

Many Civil Society Organisations, Non-Governmental Organisations and Nigerians have been calling for more attention to be given to the nutrition of the  children, but not much has been achieved because the federal, state and local governments would not see nutrition as a priority; the reason for the high number of Severe Acute Malnutrition among Nigerian children.

Disturbed with the ugly trend, the Executive Secretary of Civil Society Scaling up Nutrition in Nigeria, Beatrice Eluaka at a recent virtual media  parley on the national nutrition conference said “while policies and plans are in place in Nigeria  to address the problem of malnutrition, the plans are generally not fully implemented due to lack of adequate funding. Domestic funding for nutrition has become lean, leading to over-dependence on dwindling donor funding”

Her words” The pursuit of innovative financing options has become an urgent priority for Nigeria as according to the World Bank, a 3.5-fold increase is required to close the funding gap in spending on nutrition-specific interventions by 2025.

“The 2017 Investment Framework for Nutrition estimated that an average annual investment of US$7 billion above existing levels of spending would be required over ten years to finance the scale-up of evidence-based interventions to achieve the World Health Assembly (WHA) nutrition targets for stunting, anaemia and exclusive breastfeeding and to scale up treatment of severe wasting by 2025.”

At the same media parley, a strategic communications, advocacy and behavior change expert, Professor Adebayo Fayoyin advocated for domestic investments in nutrition stressing that investments on nutrition should get priority attention in the country.

For some time, stakeholders in the health sector have been calling on the Federal Government to return and release the N800 million earlier earmarked for nutrition in the 2020 budget, but the call has fallen on deaf ears.

The Chairman of Nutrition Council of Nigeria, Vice President, Yemi Osinbajo actually said the money ought to be returned into the budget but his words have not produced any results in that direction; something which keeps many stakeholders surprised.  For now, no one is sure of whether the money will be returned and released, even as Nigeria contends with the issue of Severe Acute Malnutrition in children.

Like other stakeholders, a consultant obstetrician and gynecologist, Dr. Mairo Mandara is also worried about the future of Nigeria as it relates to children with malnutrition.

“We cannot have our children have less active brains, the world is all about brain, we have to do whatever is necessary to ensure the brains of our children are well developed and that can only be done with good nutrition.” She said

Some Nigerians who spoke with Green Savannah Diplomatic Cable attributed the problem to successive administrations and called on governments at the three-tiers to do the needful in the interest of the country.

The same view was expressed by a commercial farmer, Julius Ubani, who said “no sacrifice is too much to secure the future of Nigeria”.

As the future looks uncertain because of the large number of children with malnutrition, the question on the lips of Nigerians is whether the federal, state and local governments have the political will to make nutrition a priority.

Ghana has no regards for Nigeria - NUTAG President