It is often said that health is not valued until sickness comes. Again, it is common to hear people say good health is above wealth, and a healthy nation is a wealthy nation. Little wonder Thomas Carlyle says “He who has health has hope, and he who has hope has everything.”

Still on the importance of health, Denis Waitley says “Time and health are two precious assets that we don’t recognize and appreciate until they have been depleted.” while Winston Churchill says “Healthy citizens are the greatest asset any country can have.”

With these wise sayings one would have thought that every nation would make the health sector a priority, but this is no so, particularly in some African countries, Nigeria inclusive. This perhaps explains the reason why stakeholders in the health sector have consistently called on the government of Nigeria to give priority attention to health. Yes, some measures of successes have been recorded but Nigeria still have a long way to go in making healthcare available to the citizens particularly the vulnerable who are daily driven to extreme poverty because of out-of pocket expenses in accessing healthcare.

It is this sorry state of Nigeria’s health care delivery system that gave birth to the Universal Health Coverage (UHC) 2023 Forum which held a summit at the Sheu YarAdua Centre, Abuja last Thursday

The day long summit with the theme: “Putting Health and Health Security on the Political Front Burner,” attracted stakeholders  in the health sector and was anchored by Dr. Garfar Alawode of DGI Consult and Vivianne  Ihekweazu of Nigeria Health Watch, both who gave overview of the journey of stakeholders in trying to reposition the health sector.

Giving more insight to the summit, the Chair UHC 2023 Forum, Moji Makanjuola said Nigeria, like many other Low-and Middle-Income Countries (LMICs), has adopted Universal Health Coverage (UHC) as its main policy objective as articulated in the 2016 National Health Policy document.

She however disclosed that the country is not on the trajectory of UHC “given its unacceptably low coverage of pithy 5% basic health care services”.

Speaking about the Forum, she said it was a platform convened by the International Society for Public Health (ISMPH), the Development Governance International Foundation (DGIF) and other well-meaning health sector stakeholders adding “it is a platform established for mobilizing health policy advocates, the media and political class towards charting a narrative-changing course of action that will accord health appropriate political attention and set Nigeria on the course of UHC”

Makanjuola who is the Executive Director of ISMPH explained that the coalition had neither funding nor support save for what it could garner from members stressing “it scrimped from miscellaneous sources of its members to manifest the power of the voice and the determination to make a change to our weak health status.”

According to her, “health policy advocates and the Civil Society at large have not successfully taken advantage of opportunities presented by elections to create a policy window for advancing discussions, engendering health policy thrusts, and securing specific policy commitments from the political class.

“This is partly due to their inability to create a strong coalition to pursue a clear health agenda for an adequate length of time before general elections. The UHC 2023 Forum, seeks to do different things and do things differently by forming a robust alliance that articulates a clear health policy agenda to be adopted by the political parties. The Forum seeks to form a robust coalition long before the electioneering processes reach the climax The UHC 2023 Forum is setting a clear agenda around UHC and forging a consensus for its adoption across political party lines” she said.

Makanjuola  is however optimistic that despite the challenges facing the nation’s health sector, Nigeria can still get things right.

Her words; “Despite the challenges and seemingly slow progress on the path of UHC in the country, there are islands of success that bring a ray of hope and assurance that we can get it right”.

She reminded participants that the journey is a marathon and not a sprint urging them not to relent until the health sector in Nigeria gets priority attention of the government.

Former Senate President Dr. Bukola Saraki commended the organisers for their effort at repositioning the health sector. He said Health Insurance focus should be at the rural areas where health care is mostly needed and not just on Civil Servants stressing that nothing will change until the leaders believe in what health actors believe in.

He said the National Assembly has played its part but the issue of implementation rests with the Executive.

The Chairman Senate Committee on Health, Dr. Ibrahim Oloriegbe going down the memory lane said the first draft of the National Health Act was presented in 2004 and it took 10 years for the act to be passed. According to him, the President is committed to getting NHIS Act passed, that will make Health Insurance mandatory for all Nigerians.

He noted that Health Insurance is critical for Universal Health Coverage attainment a factor which made the National Assembly to be pushing for the mandatory Health Insurance for all Nigerians to become law.

In his presentation on “Critical appraisal of Nigeria’s health challenges and promising policy options” Dr. Olumide Okunola of the World Bank/IFC  said Nigeria is at crossroads in the area of health  care services

” It’s either we go back, stay where we are or move forward” he said.

Olumide argued that human capital development is key in addressing the challenges facing the health sector.

“For Nigeria to be  a power house, Human Capital Development is key and challenge of population growth has to be addressed “

Olumide who observes that Nigeria is not raising enough revenue to be able to address the challenges in the health sector said Nigeria is the  sixth lowest globally in the human capital development index adding that the poor in the communities should be identified and be catered for.

He disclosed further that Nigeria is the fourth largest soft drinks consuming country in the world and suggested that government should tax, soft drinks, alcohol and tobacco products.

Also speaking at the summit, the Deputy Governor of Nasarawa State Dr. Emmanuel Agbadu Akabe said the way forward is to focus more on the primary health care” because 80 percent of the population are in the rural areas”

In his words” Nasarawa has consistently allocated 0.5% of the CRF to health and the last tranche of the funds was released last week. About 64,000 have been enrolled mostly from the informal sector and we plan to enroll more people by getting the community, religious and traditional bodies involved.”

Rob Yates of Chatham House, United Kingdom and his colleague, Professor Aliko Ahmed who joined the summit virtually, spoke on” Taking advantage of the election period to advance health policy thrust; what has international experience, taught us?” and “Impact of Democracy on Citizen’s Health: What do we know?” . Rob said Chatham House would continue to support nations to in their journey of Universal Health Coverage and challenged politicians should put health on the front burner

On his part Professor Aliko Ahmed said a huge amount of evidence exists on the relationship between democracy and health adding “there is a positive correlation between life expectancy and democracy. A good democratic experience increases life expectancy”

He argued that there is a relationship between how free and fair an election is and the health outcomes.

“The political will of the country is the determining factor of how resources are allocated and not necessarily based on the wealth.” he said

In his presentation titled “Implementation of the BHCPF: How far have we gone, what else should we do?” the Executive Secretary of the National Health Insurance Scheme (NHIS)Professor Nasir Sambo said Basic Health Care Provision Fund(BHCPF)  is one of the subsidy programs designed to covert the vulnerable under the National Health Insurance Scheme,

While noting that catastrophic health expenditure pushes people to poverty Sambo said NHIS is designed to protect families and individuals from catastrophic expenditure.

On the way forward, the Executive Secretary said advocacy at all levels would be required to engage the various gateways and the state governments to support BHCPF. Others according to him are introduction of Mandatory Insurance, prompt release of BHCPF to ensure sustainability, Increase the percentage disbursement to BHCPF, increase awareness about BHCPF and allocation of 1% telecom tax to be allotted to Health.

In his remarks, the Director General of Nigeria Governor’s Forum (NGF) who spoke through Dr.Ahmad said NGF has been putting pressure on members to establish their Health Insurance Schemes.

The Country Director of World Bank, Shubham Chaudhuri on his part described the summit as a millstone for Universal’ Heath Coverage in Nigeria. He said out of pocket spending on health care would make millions to fall into poverty and challenged Nigeria to learn from countries that have made success of the Universal Health Coverage

Earlier in a goodwill message delivered on behalf of the Civil Society Organisatioms, by  the Founder/Executive Director, Centre  for Accountability and Inclusive Development( CAAID), Aanu Rotimi said as the UHC 2023 Forum commemorates the UHC day, with a focus to mobilize, strengthen and sustain political economics for Health ahead of the 2023 general election, it is important to emphasis the importance of the getting the conversation right .

In her words “Following the first assessment in 2018, which ranked Nigeria 152 out of 157, our dear nation two years after recorded HCI score of 0.36 point in 2020 indicating a 0.02 improvement. This means that a child born in Nigeria today will be 36% as productive compared to if they enjoyed complete education and full health, and only 88 children out of 100 born in Nigeria would likely survive up to 5 years

“With the strive that governance and political agenda should create and sustain enabling environment for people to accumulate the knowledge, skills and health required by them to realize their potential as productive members of society, wish to call on all stakeholders especially the political class to invest, own and sustain a health system that leaves no one behind.”

The Emir of Shonga, Dr. Haliru Yahaya who was also at the summit shared experience on how the Health Insurance Scheme of the Kwara State government works in his domain.  The royal father  said more work needs to be done in the area of advocacy at the rural level if the  proposed  mandatory Health Insurance Scheme for all Nigerians must work.

At the technical session, the representatives of governors of Osun ,  Ekiti, Delta and Kaduna shared their experiences on how the health sector  works  in the respective states, and there seems to be a  consensus by all stakeholders that to achieve Universal Health Coverage, more attention needs to be given to health care delivery system at the primary level because most Nigerians live in the rural areas.

The stakeholders also agree that the election period should be used as a window to put health on the political agenda and that the National and State Assemblies should use their power to ensure 15% allocation and ensure adequate utilization of the funds. In addition, the need for effective communication at the community level was also pointed out as one of the ways forward.

There was also a consensus that investing in health system is a crucial investment in the wider economy.

Anne Wilson Schaef has said it all “Good health is not something we can buy. However, it can be an extremely valuable savings account.” 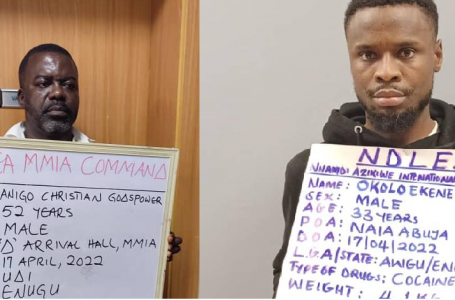