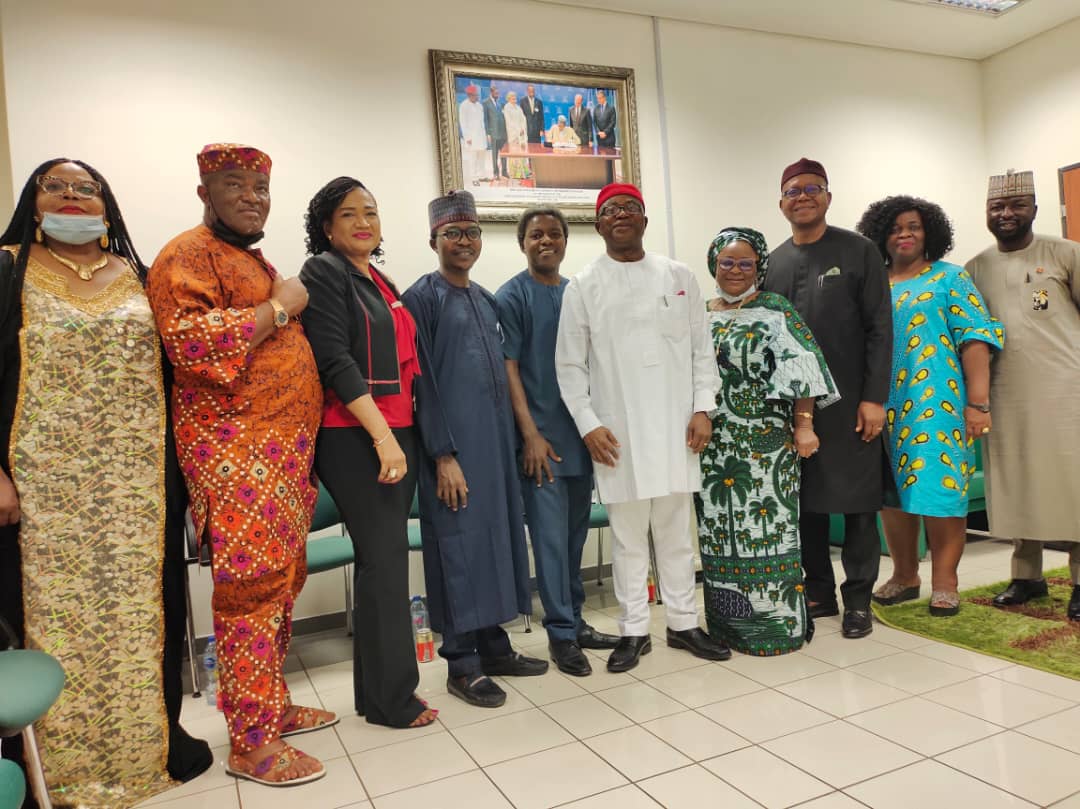 The group which was led by Dr. Paul Abolo, President of Ecologistics and Moji Makanjuola of Women in Renewable Energy Association WIRE-A, North Central, presented the award to the Federal Lawmaker in his office at the National Assembly, Abuja.

Speaking during the event, Dr Abolo said the award was in recognition of Onuigbo’s contribution in bringing the issue of Climate Change on the front burner in Nigeria.

He recalled the Lawmaker’s efforts at ensuring the passage and eventual assent of the Climate Change Bill the President.

Abolo expressed happiness that the efforts of the climate change community to drive for sustainable development and climate change action in Nigeria has been given an important boost.

Professor Ubom Bassey, Director of Development and Advancement at the University of Abuja on his part commended Onuigbo for being able to catalyze action that led to the materialization of the Climate Change Act.

He opined that the Act offers climate change activists the opportunity to advocate for the well-being of the environment adding   that the Climate Change community in Nigeria now has a towering champion in Hon . Onuigbo.

In her remarks, Anita Adeyemi, Senior Vice President of Ecologistics, recalled how she met with the National Assembly member in 2017 and expressed fears that getting the law would be a difficult task.

According to her, Hon. Onuigbo assured her that he was committed to ensuring that there is a legal framework. She lauded the lawmaker for keeping to his words and proving that there is still integrity amongst Nigerian leaders.

Also speaking at the event, Moji Makanjuola who highlighted how she came face to face with devastating impacts of Climate Change in her numerous journeys to different parts of Nigeria, commended the lawmaker for sponsoring the Bill and doing a follow up till it got the President’s assent.

Responding, Hon. Onuigbo thanked the group for the award. He explained that the Climate Change Act was a result of the hard work of so many people and not just only him. He stated that those who contributed in  making the Act a reality include the Speaker of the House of Representatives, Rt. Hon. Femi Gbajabiamila who appreciated the urgency of the situation and committed to it; the Senate President, Dr. Ahmed Lawan; the Minister of State for Environment, Chief Sharon Ikeazor who showed uncommon leadership and dedication,  members of the National Assembly, the National Assembly Bureaucracy, Climate Change activists, the media, the international community, and others.

According to him “Our experience from Glasgow showed the speed with which the world is transiting, and since we don’t want to be left behind; we really have no choice than to move fast.”

Inside a country where human head is cheaper than cow head

Ministry of Health out with blueprint on media engagement strategy