Rushan Abbas is a Uyghur American activist and advocate from Xinjiang Uyghur Autonomous Region in China. She is the founder and Executive Director of Campaign for Uyghurs(CFU). The primary focus of the organization is the ongoing crimes against humanity in China, which have been designated genocide by some nations. Campaign for Uyghurs regularly engages in activism at the Federal level in the United States, advocating the passage of legislation that restricts forced labor and advances human rights.

Rushan became one of the most prominent Uyghur voices in international activism following her sister’s detainment by the Chinese government in 2018. She testified in 2019 before the Senate Foreign Relations Committee in regard to the emergence of concentration camps in the Xinjiang Uyghur Autonomous Region and the threat of Chinese power in the Eastern Pacific. She has also testified before the House of Representatives on international religious persecution, forced labor, and human rights abuses as they relate to Uyghurs.

In February 2022, two U.S. legislators, Tom Suozzi of New York and Chris Smith of New Jersey, nominated the Campaign for Uyghurs, along with the Uyghur Human Rights Project, for the Nobel Peace Prize, for their “significant contributions to building fraternity among peoples and promoting peace by defending the human rights of the Uyghur, Kazakh and other predominately Muslim ethnic minorities that the Chinese Communist Party (CCP)” has targeted with genocide and other crimes against humanity” 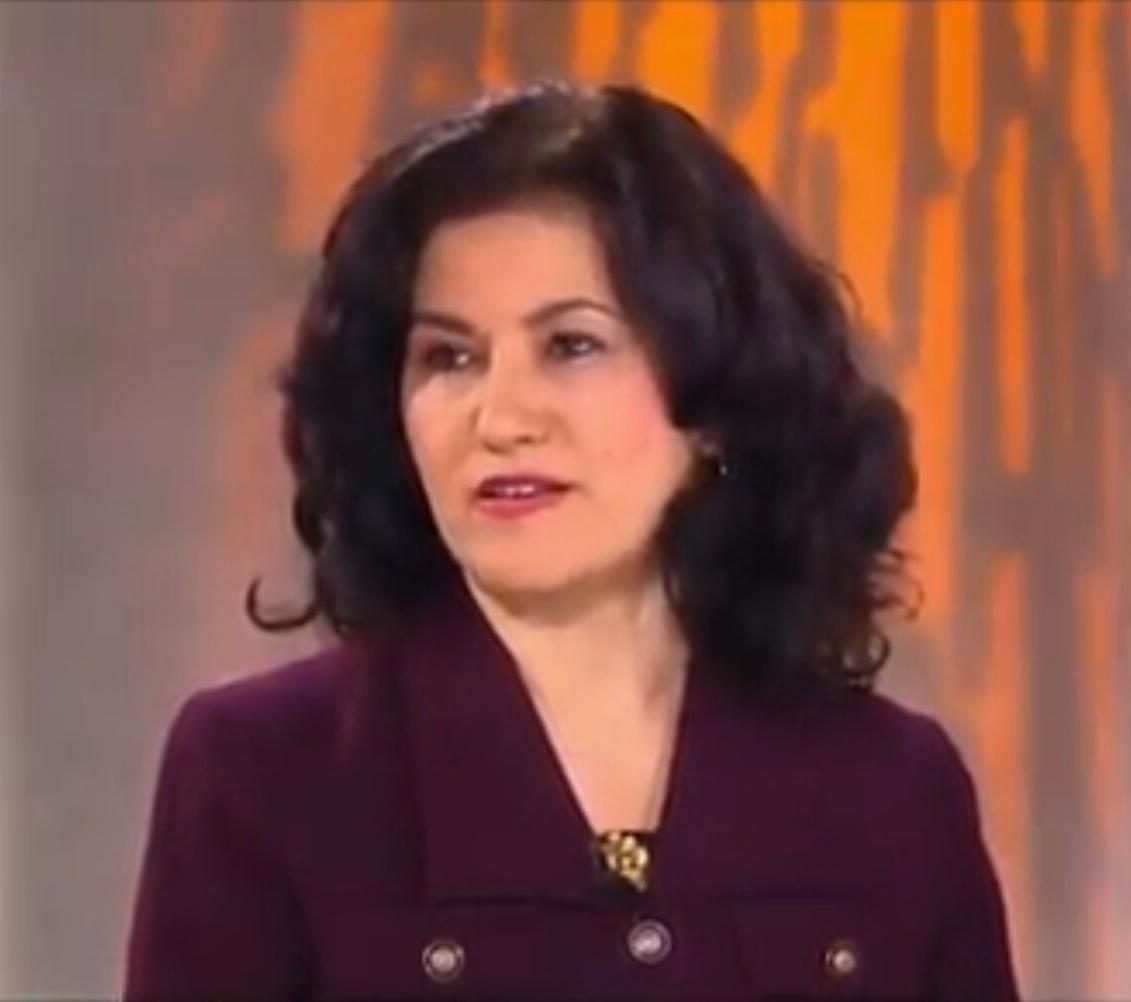 I was born in 1967, the middle of a horrific time. The “Cultural Revolution” made anyone who cares for human dignity an enemy of the state. My parents and also my grandfather were persecuted for being Uyghur intellectuals and were “Counter revolutionists”. My grandpa was in jail for 3 years and my parents were constantly taken away to “re-education” camps. However, after the Cultural Revolution and after China established diplomatic relations with the west, we had a bit of freedom to express our thoughts and claim our national and ethnic identity. Thus, during my years in high school and university, we were able to organize some pro-democracy protests.

At what stage in your life did you become human rights activist?

While attending university, I was 18 years old then. It might interest you to know that I was one of the co-organizers of the first ever student’s protest against government policies in 1985, December 12th. As the Executive Director, Campaign for Uyghurs, would you want to give us a picture of the plight of Uyghurs ?

The Chinese government, fearful of any ethnic group and religion that does not 100% adhere to communist ideology, has been carrying out a multifaceted plan to eradicate its Uyghur population and erase any remnants of its culture. Since 2014, the CCP has forcefully detained more than 3 million Uyghurs in concentration camps, millions more were sent to forced labor facilities Simply for being Uyghur and Muslim, Uyghurs have been physically, sexually and psychologically tortured, forced to do hard labor, and even forcefully sterilized. The Chinese government originally denied the existence of these concentration camps but when faced with mounting evidence, were forced to acknowledge them under the guise of “fighting extremism. Facing international backlash, the CCP has branded the concentration camps “re-education camps” in which vocational training is carried out. Outside of the camps, in East Turkistan aka Xinjiang Province, the CCP has created a mass surveillance program with roadblocks, cameras within private homes, and military police.  What is happening is an attempt at total eradication of the Uyghur people and genocide. Since the Communist party started these genocidal policies, the Uyghur birthrate has fallen 60% in three years. Uyghur women are even forced to abort their children and forced sterilizations. Erasing a people is not enough however; the Chinese Communist Party is intent on erasing any last remnant of Uyghur history and culture, even going as far as bulldozing Uyghur cemeteries. What actually is the problem of China with Uyghurs ?

The crux of the issue that China has with the Uyghurs is that Uyghurs haven’t assimilated enough into the homogenized Han-Chinese culture after the Chinese communist regime’s occupation of our homeland in 1949. China’s definition of assimilation is that one must absolutely give up their own culture, religion, free thought, speech and language and adopt whole-heartedly the ideology of the Chinese communist party. Basically Uyghurs are facing eradication.

What impact has the Campaign made since you started?

We have reached out to various civil society groups, schools, universities, religious groups, politicians, and diplomats of countries throughout world to raise awareness about China’s Uyghur genocide and expose China’s crimes against humanity. Speaking to the evil power which the CCP wants to hide, we have constantly been attacked on Chinese state-run media and some others in the West, as working for the CIA and that we are liars, and our intentions are evil. However, we see this as positive impacts, for the effective work we do on the ground. Our work at the Capitol Hill in Washington has seen the passing of critical legislations such as the Uyghur Human Rights Policy act and the Uyghur Forced Labor Prevention Act. We continue to fight for more effective legislation as well as their proper implementation under the law. Campaign for Uyghurs is nominated for Nobel Peace Prize nominated in early 2022 and received the Democracy Courage Tribute Award 2021 by the World Movement For Democracy. 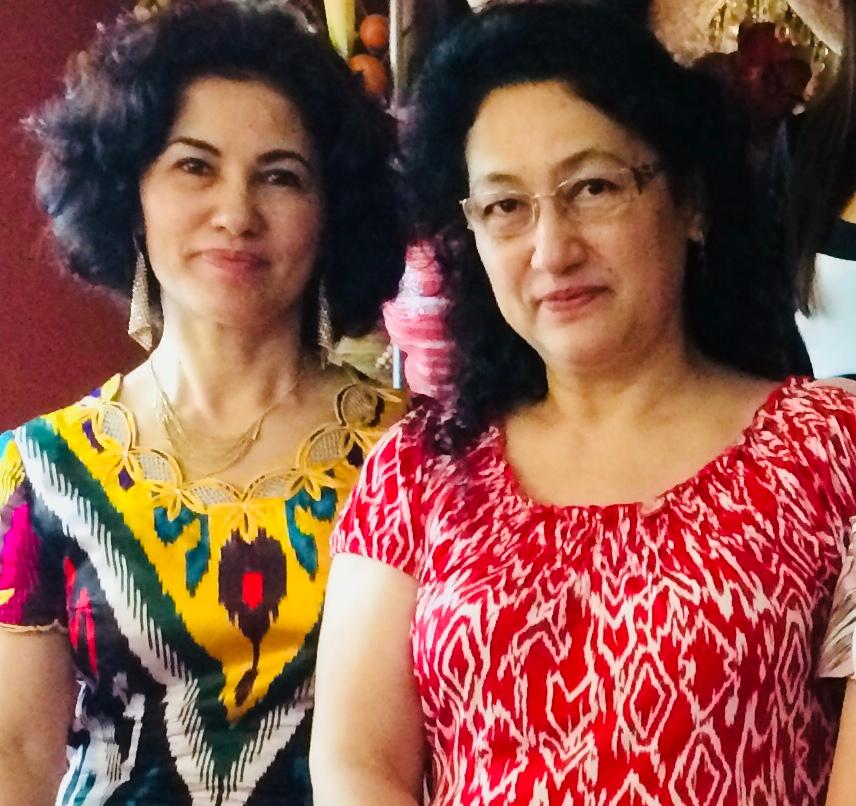 Hundreds of thousands of Uyghurs are being detained on allegations of extremism and terrorism, would you say Uyghurs are peace loving?

Uyghurs are just like any society around the world, we have lives, we educate our children, we work hard, we have dreams and aspirations, and nowhere else in the world do you see a people, in the 21st century blatantly labeled those terms and treated in such a horrific way. The last time this happened to a whole people was during Nazi Germany. If the CCP is truly fighting “extremism and terrorism” then, why are people detained for normal religious activities such as fasting during Ramadan, praying at home, refusing to eat pork and refusing to drink alcohol? What kind of national security threat would a 73-year-old grandmother who was jailed for her normal simple practice of religion, would pose to the second strongest economy in the world?

What are the major challenges faced by the Campaign, and is your life threatened in any way?

We are up against a dis- and misinformation campaign by the Chinese regime. Our team is a handful of people taking on one of the strongest regimes in the world. The Uyghurs on our team risk the lives of their own family members still living under the Chinese regime. We get threats on our social media accounts telling us to stop the work we do otherwise there will be consequences that will affect our physical safety.

How much of support are you getting from Turkey considering the historical bond between Turkish people and the Uyghurs?

Turkey is the most outspoken country when it comes to the Uyghur genocide; they have done this at grass roots, domestic and global stages. Turkey currently hosts more than 60,000 Uyghurs, giving them resident permits and citizenship. We hope that Turkey continues its support for the Uyghurs and its condemnation of the Chinese regime, and I hope other Muslim-majority countries follow suit.

Do you entertain any fears of your culture being erased by the Chinese government?

I try to remain hopeful that this does not happen, but if China’s genocidal policies of forced sterilization, forced marriages of Uyghurs to Han-Chinese and forced indoctrination of Uyghur children in “re-education boarding schools” continues then this could become our reality in years to come. Now, the fear I have is not just about the future of my people, but the sake of the entire free world is at stake by the authoritarian Chinese communist regime.

My dream is for my people to be free; free from the Chinese regime, together with the other oppressed peoples such as Tibetans, Southern Mongolians, Hong Kongers and others. Every single human being is entitled to live with dignity and Uyghurs are no different.