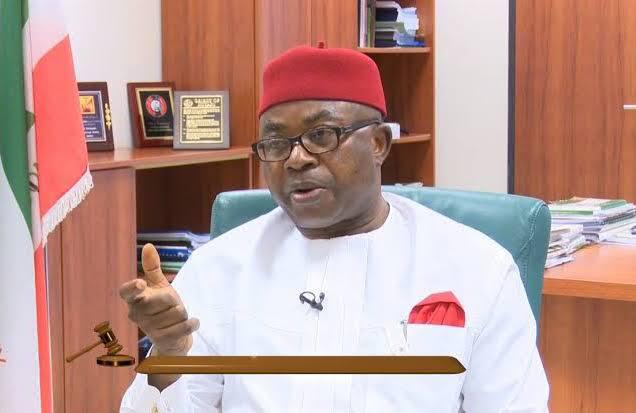 The Rivers State House of Assembly has become the first state in Nigeria to domesticate the Climate Change Act 2021 which was sponsored by Rep. Sam Onuigbo. The Rivers State Climate Change Bill comes with adjustments to capture Local Government Areas and state-specific issues and was passed by the State’s House of Assembly on the 12th of December 2022.

In a statement issued by the Rivers Network of NGOs (RINNGOS), which pushed for the passage of the Bill, they expressed their joy for the success and thanked the RSHA for being the first among equals.

Reacting to this, Dr Mina Ogbanga, Associate Professor and President of the Rivers Network of NGOs (RINNGOS) said: “This is a landmark victory for Civil Society in Rivers State as we strive to promote Environmental sustainability.

“We thank the European Union, and the British Council PACT programme for their support. We also thank all CSOs who never gave up on pushing for this passage. We specifically appreciate the Chairman, House Committee on Environment,Hon Dumle Maol whose unrelenting effort saw this Bill through.”

Ogbanga advised the Rivers State Governor, Barrister Nyesom Wike to assent to the Bill and place his state at the frontline when it comes to walking the talk in ensuring a better environment for Rivers State inhabitants.

Reacting, the sponsor of Nigeria’s Climate Change Act 2021, and President of Global Legislators Organisation for a Balanced Environment (GLOBE) in Nigeria, Hon. Sam Onuigbo commended the   Rivers State House of Assembly for the speedy action taken on the Bill

Onuigbo representing Ikwuano/Umuahia North/South Federal Constituency at the National Assembly also commended Rivers State House of Assembly for being futuristic, said “RINNGOS has exhibited doggedness and commitment for the betterment of the people.”

The Bill was sponsored by Speaker of the Rivers State House of Assembly, Rt. Hon. Ikuyinyi-Owaji Ibani; Hon. Christian Ahiakwor; and the Chairman of the House Committee on Environment, Hon. Dumle Maol.

More attention should be given to sexual reproductive issues - Mailes Muke